Details: Feelle 24000mAh solar charger with plenty of power to meet your a week charge for your phone, and it can be packed in your luggage and use it on the airplane. It's an useful gift item to those who are fond of outdoor activities like camping and hiking.

Solar Charger with 3 Solar Panels
This solar charger with 3 solar panels can be recharged via sunlight for emergency purpose. Don't need worry about out of power at outdoor.

2 USB Quick Charging
Dual USB ports are enabled to charge 2 devices at the same time. With 2.1A high speed charging output, saving at least 50% on the recharge time compared to using 1A adapters.

Thoughtful and Durable Design
Good design is just as important as function. the 24000mAh power bank made of durable ABS+PC material and features a waterproof PU-leather cover, sturdy waterproof charger can be used for long time.


For Optimal Use:
1. Due to the limitation of the size of solar panels and weather, the charging efficiency will be influenced, ordinarily recommend to charge by outlet, which is more fast to get full charged.
2. Putting the solar panel faces the sun directly, which make the solar charger absorbing solar energy better. 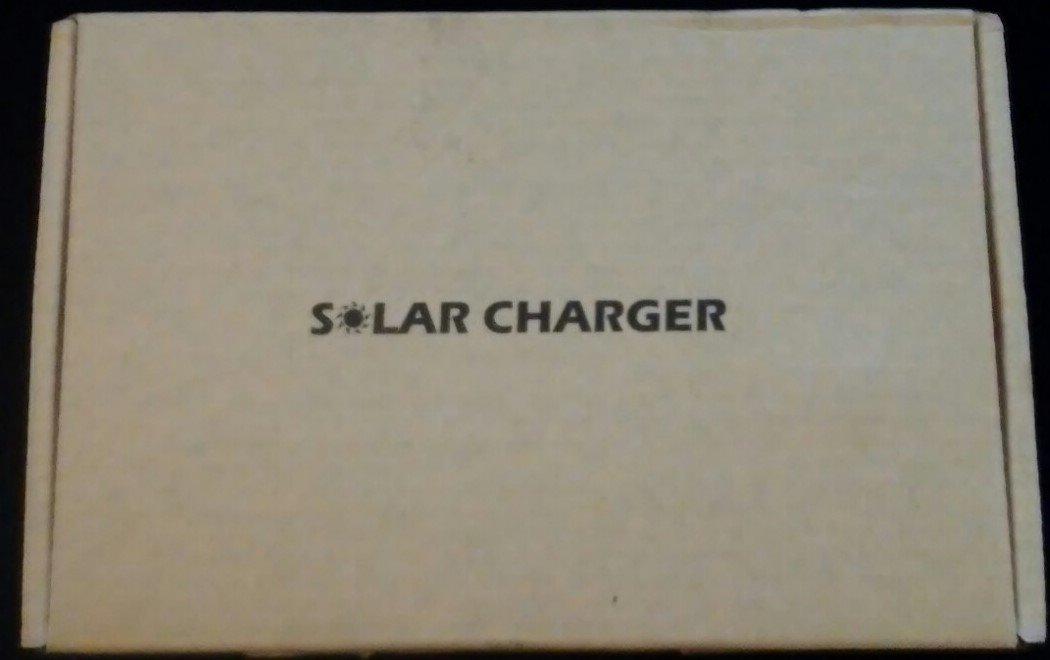 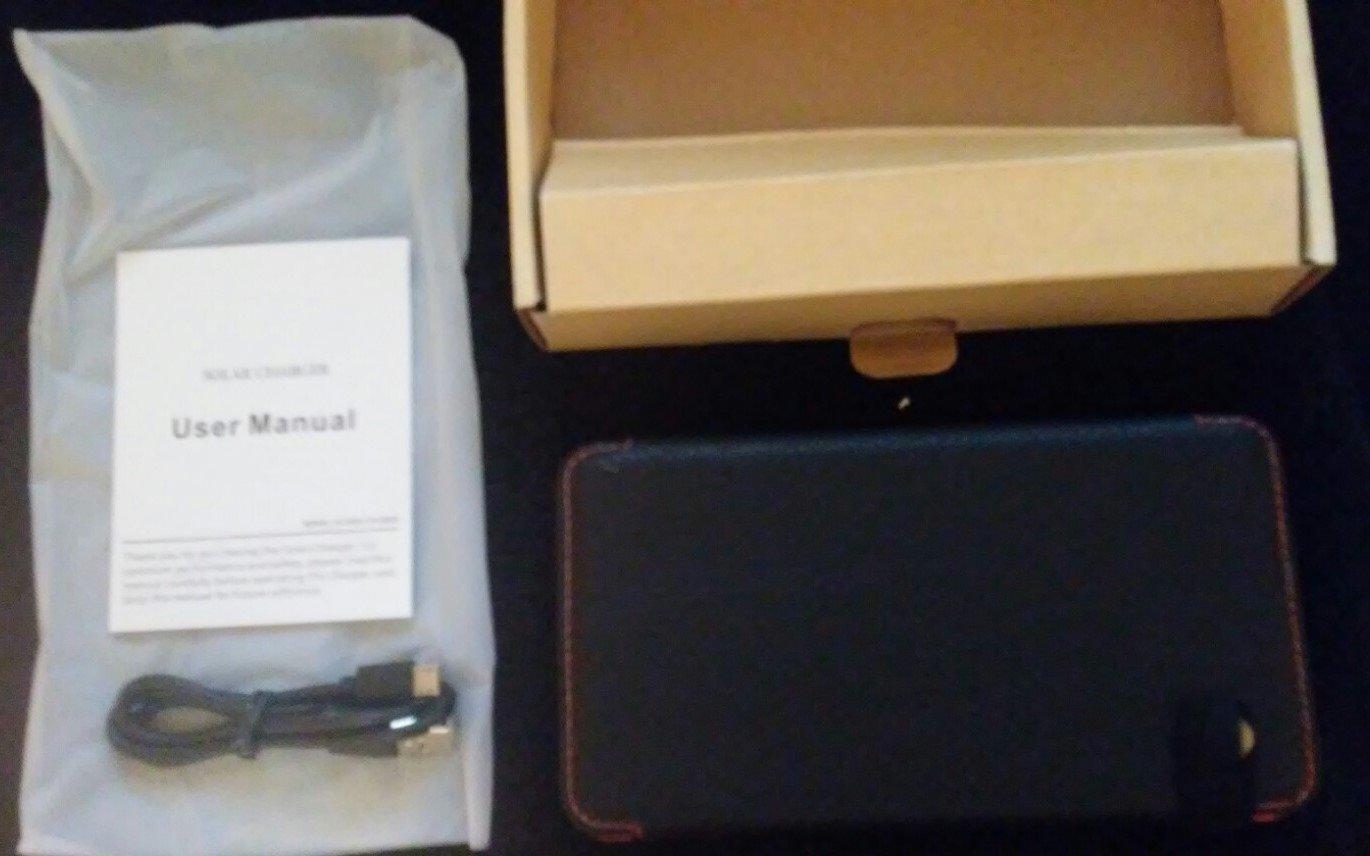 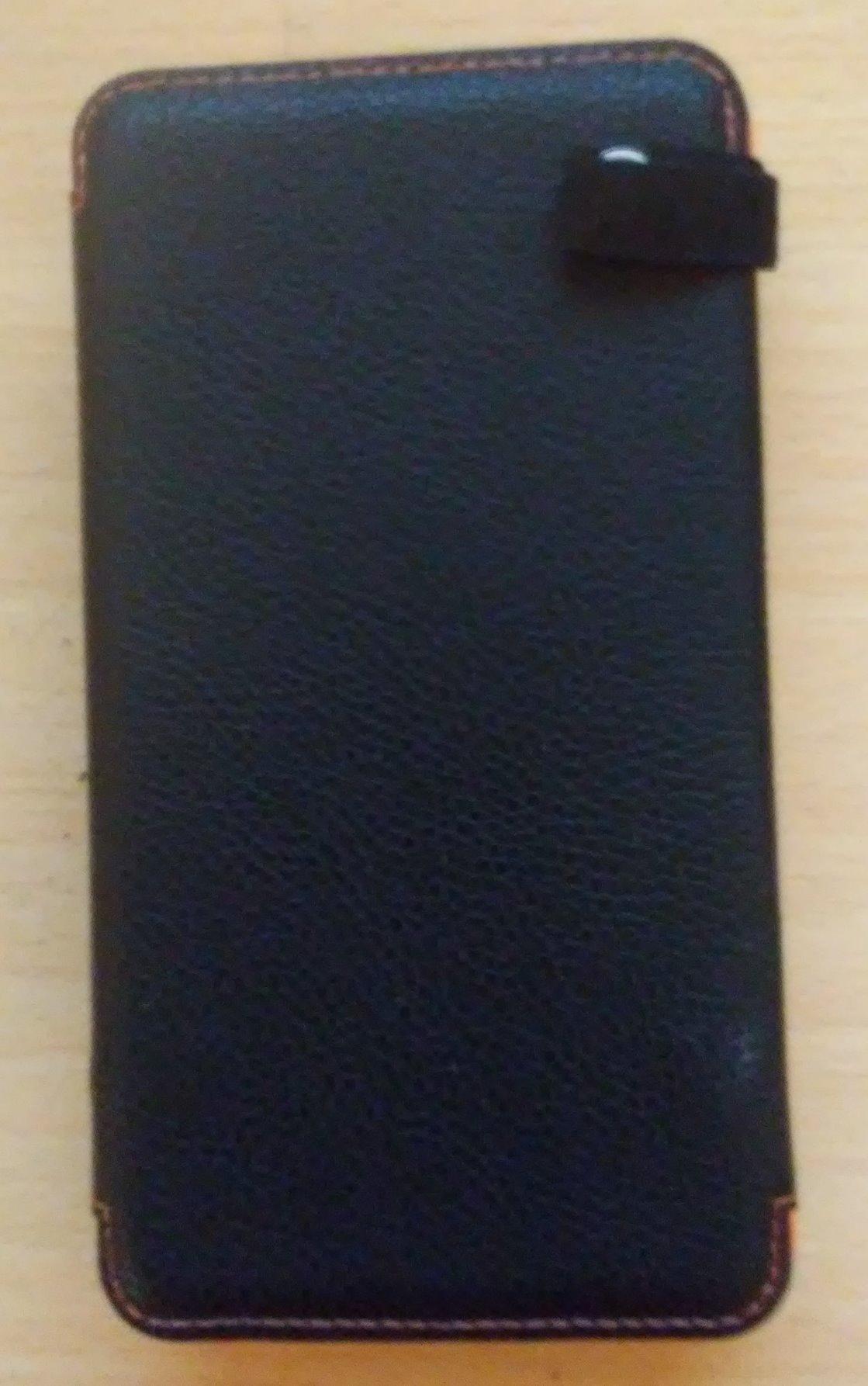 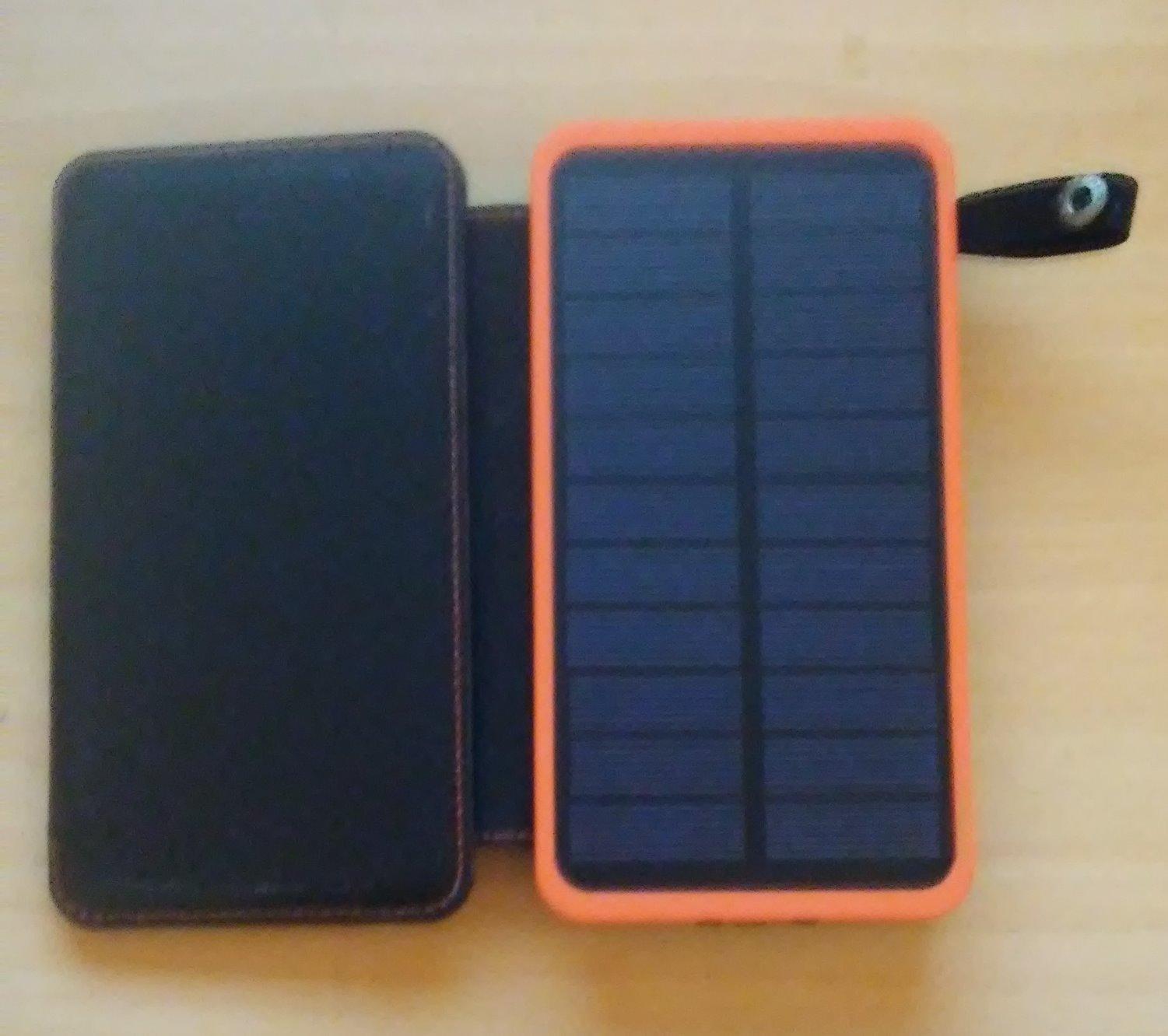 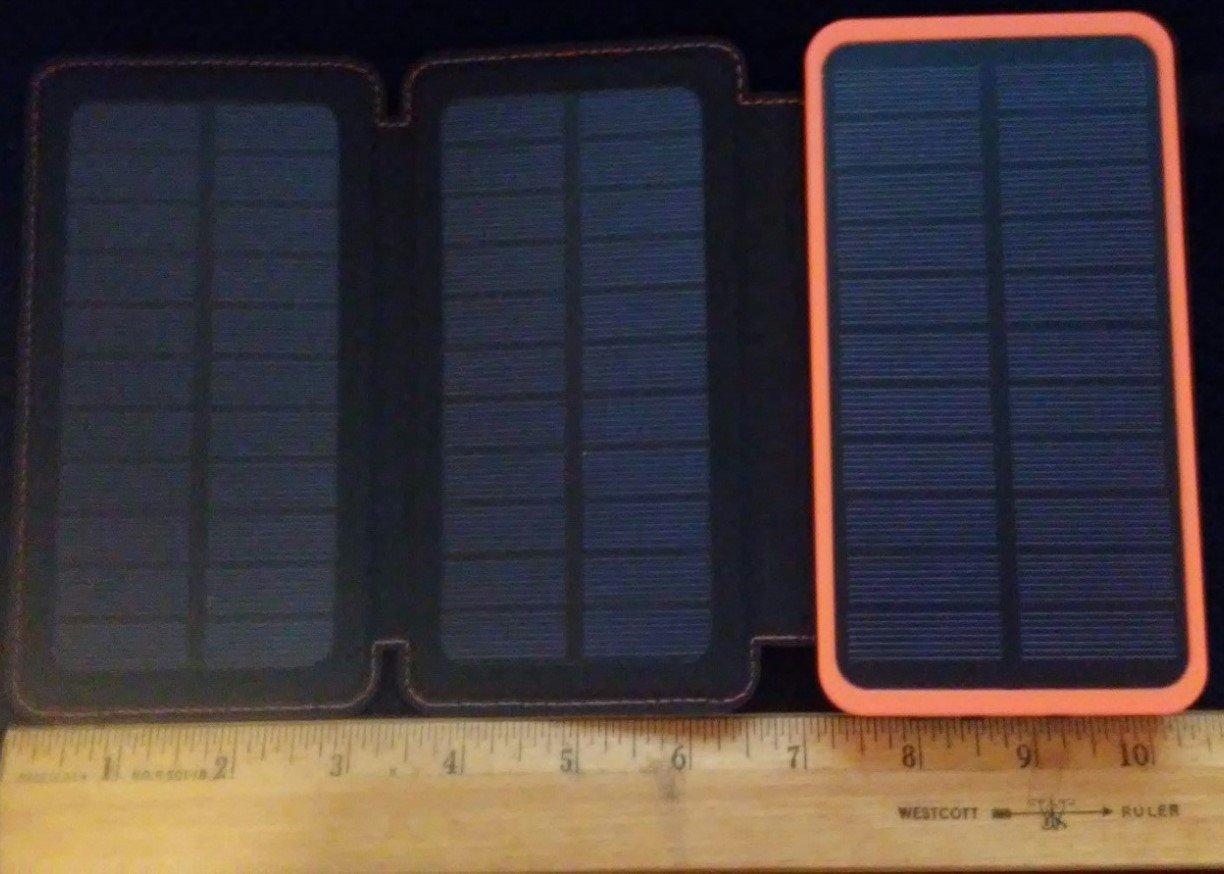 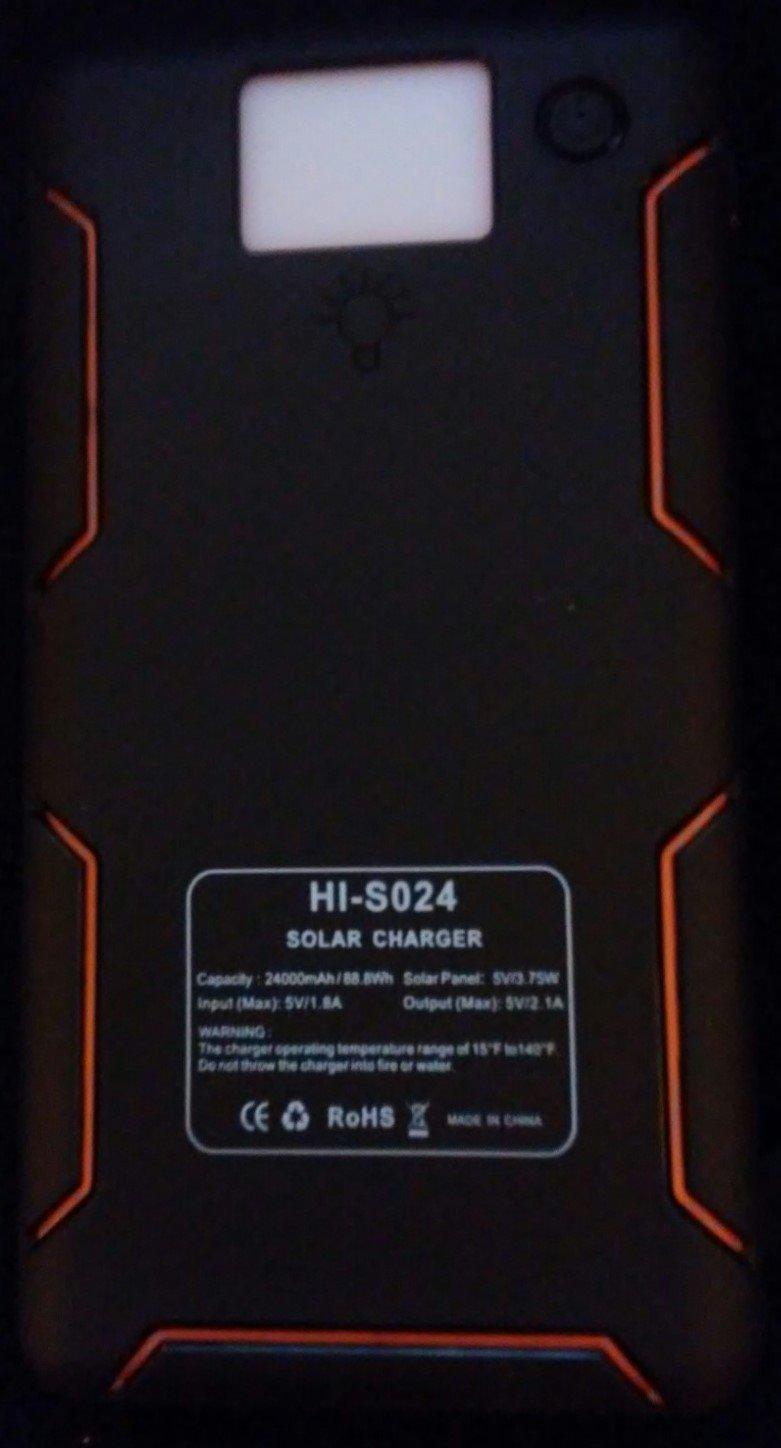 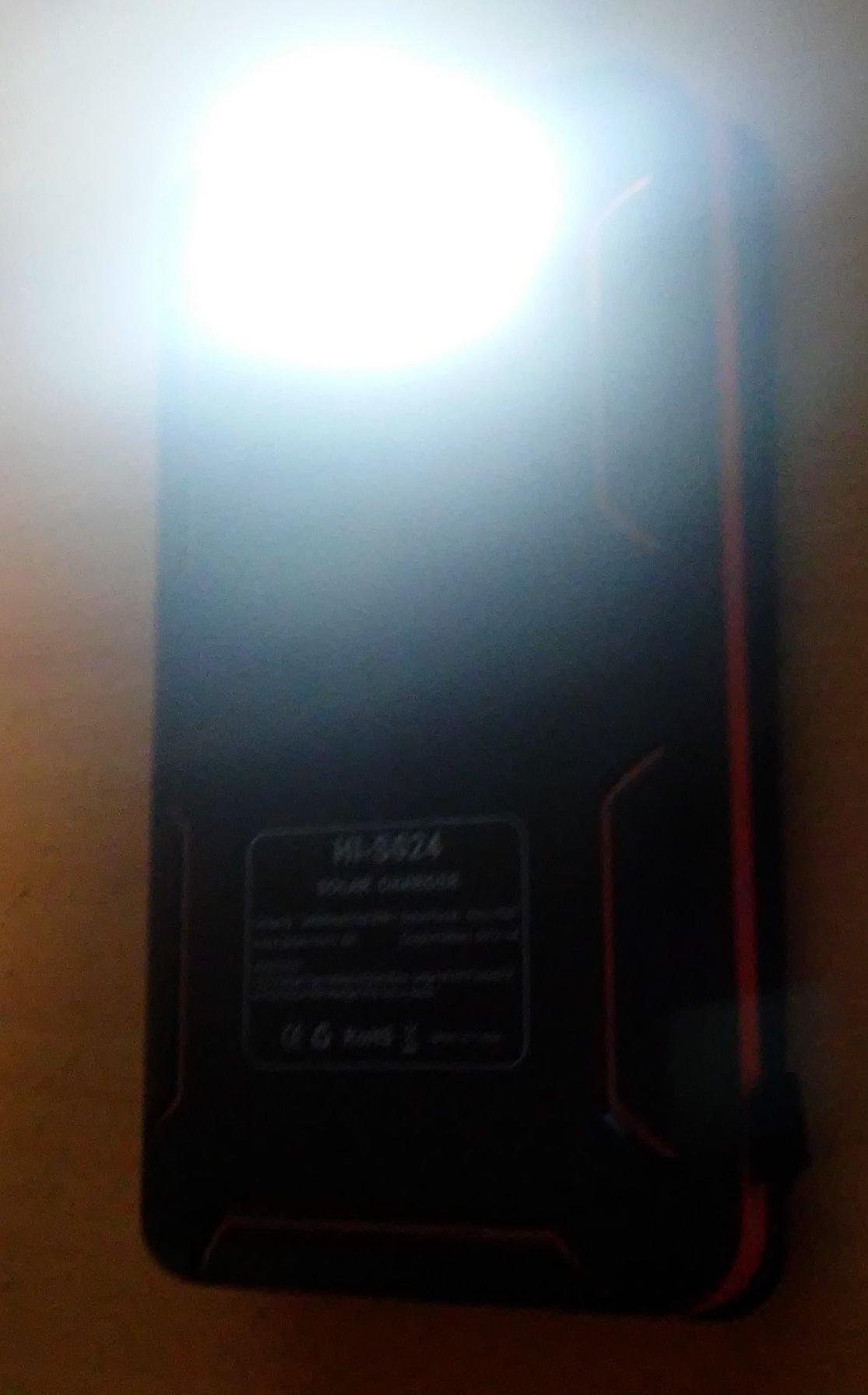 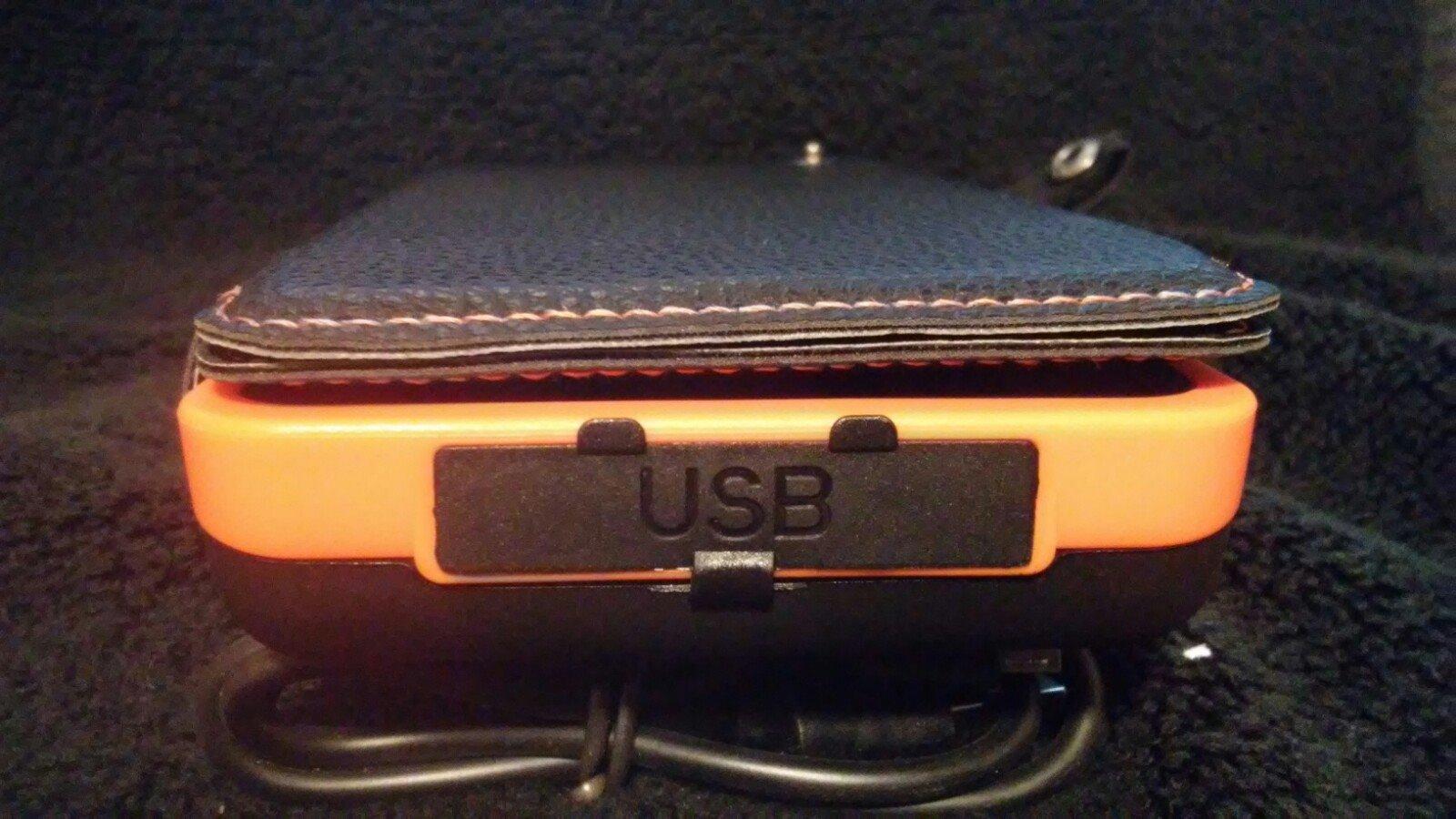 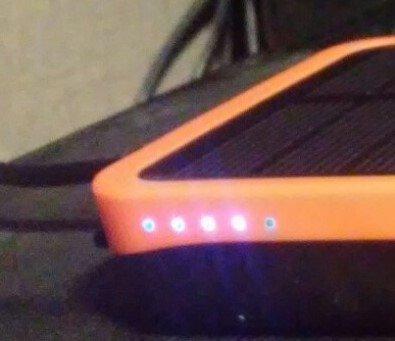 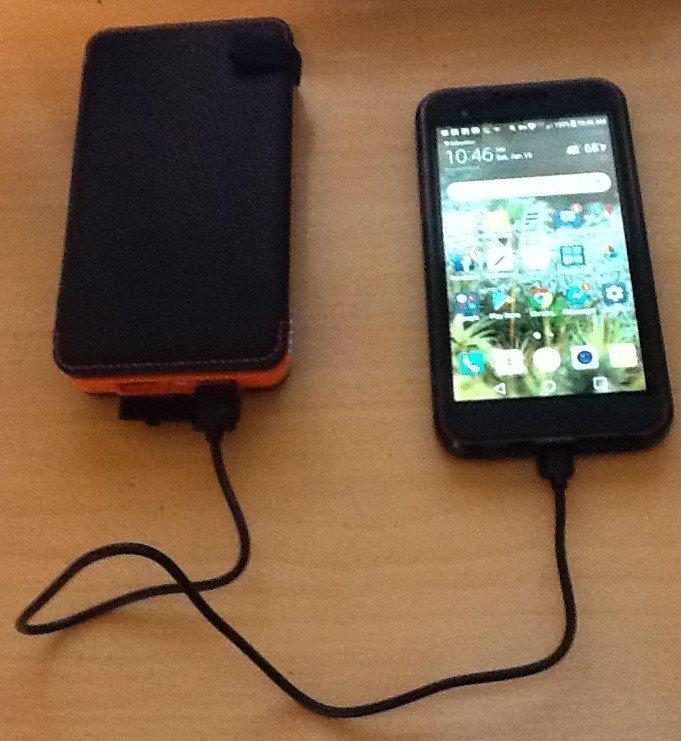 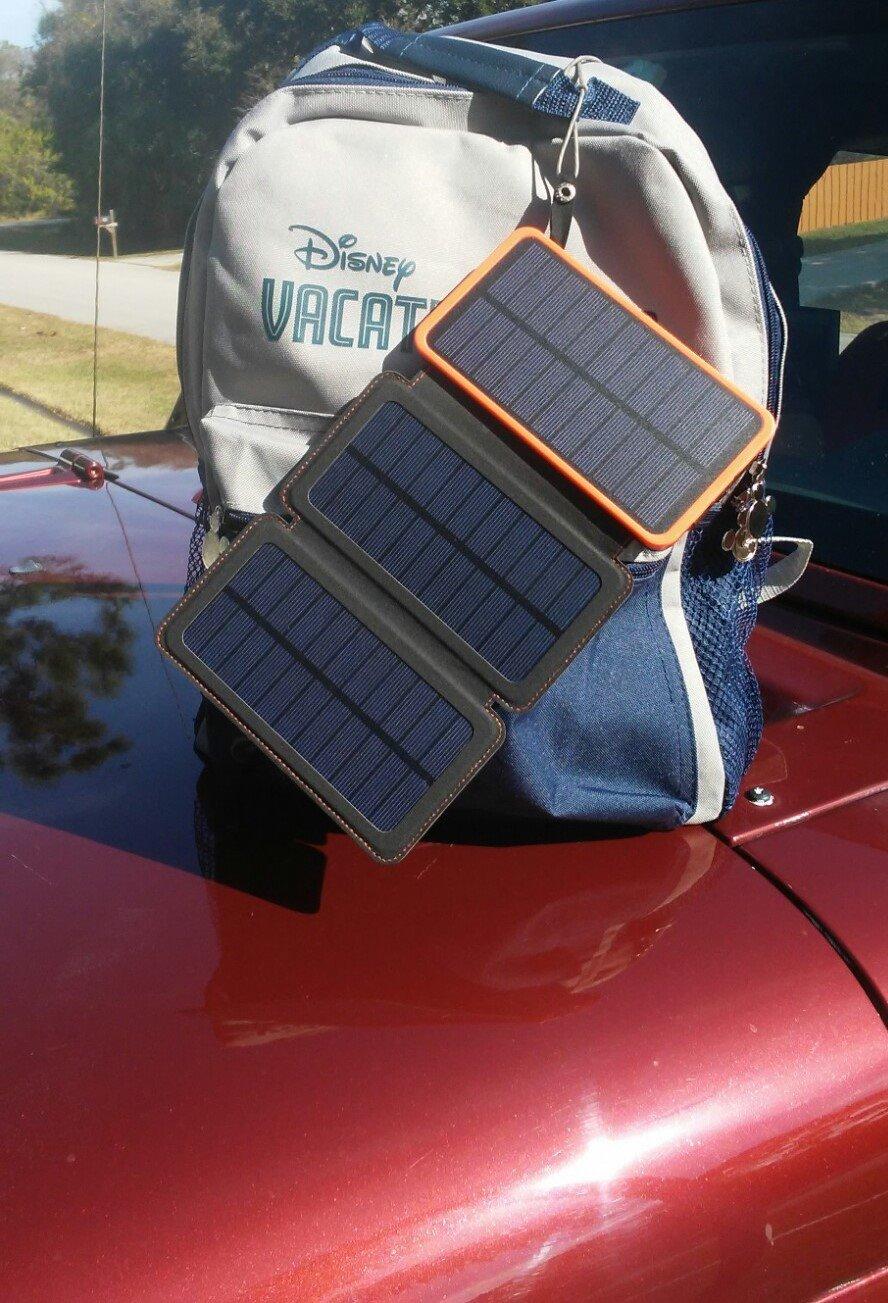 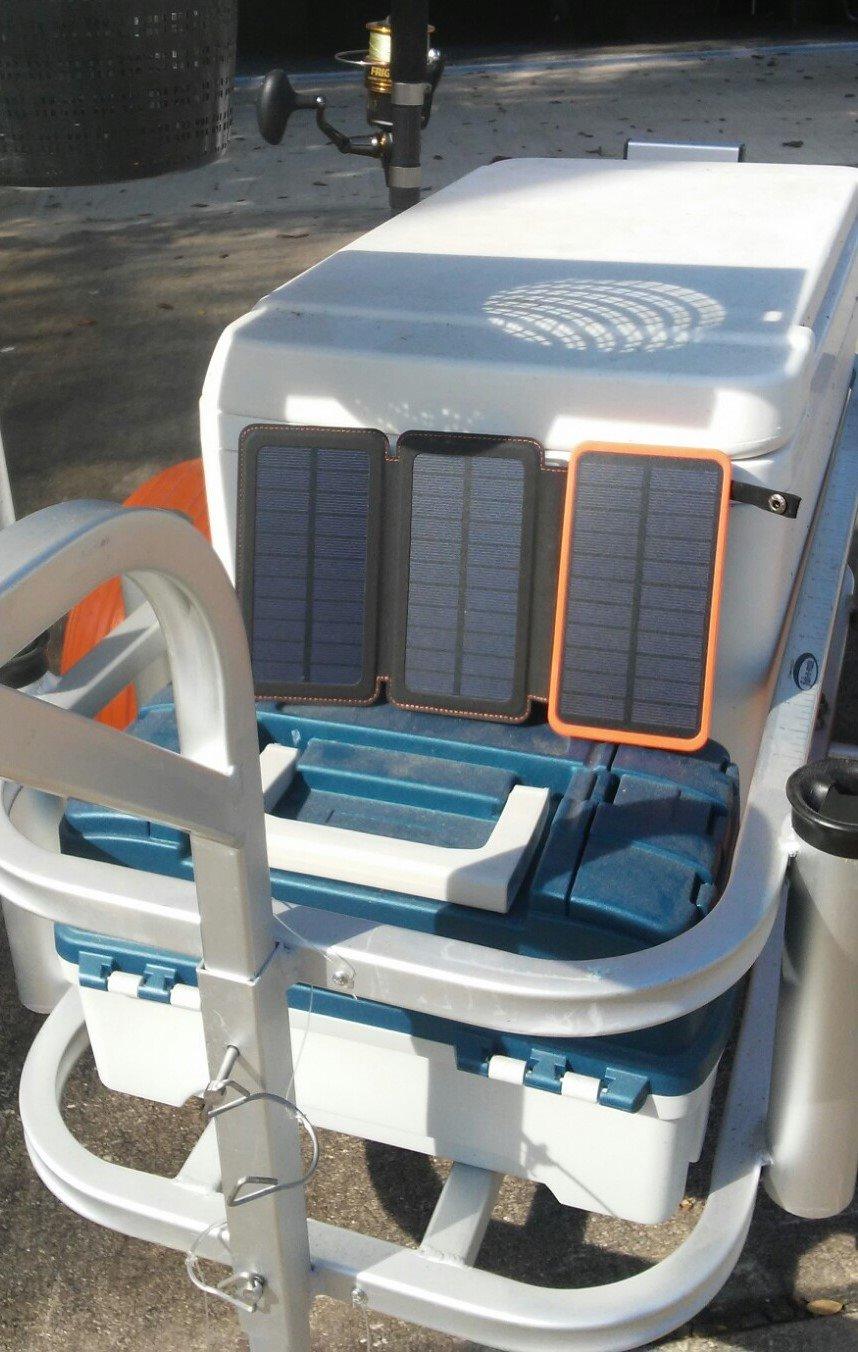 Is this helpful?
Keith W Trnka
I picked this up for backpacking and international travel. Between this, car USB, and careful use of airplane mode I managed to keep my phone charged for about 10 days. It's very difficult to say whether the solar charging helped - you can see the lights moving but there are only 4 levels and it takes maybe a whole day to charge one bar. I think there was only one day of backpacking in which it actually went up one bar, though that was an issue with being able to leave it out. I was also thought it came with a clip to attach to a backpack like the picture but it didn't.The build is sturdy and it holds a lot of charge for the size.I'd suggest switching to 10 bars for battery status instead of 4 or maybe still use 4 but with dimmable LEDs. It could also use a better system for clipping to a backpack.
Is this helpful?
Amazon Customer
Great product. I used it when I went on my trip and this helped power my phone, & table. It also powered a laptop so we could watch a movie in the middle of a power outrage! It’s a little heavy to be carrying around in a small purse. But it’s definitely sturdy! I bought a a 2nd one as a gift.
Is this helpful?
R Kang
We took this on our day hike @ the Red Rock Canyon in Las Vegas. we have it hang on the back of the back pack during part of our hike. it was able to charge 3 phones & 2 tablet charged thought the day & with the 2.4A it was quick to charge the phone. Even under the Nevada sun it was very slow to recharge using the solar panel. The solar charger is build pretty tough, my son accidentally drop it while taking out of the backpack. it fell about 5ft & still work. Its a great & tough product. 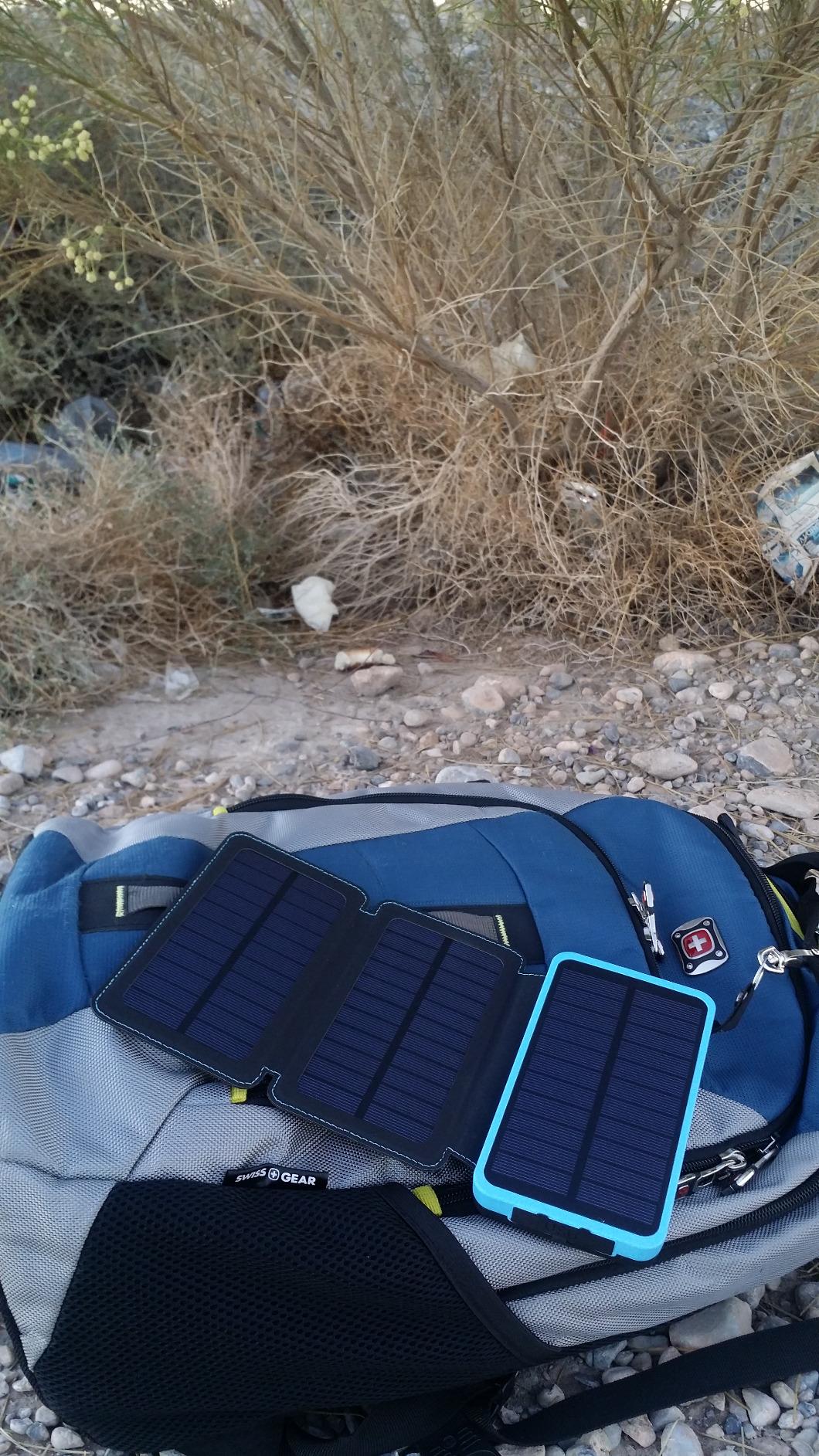 Is this helpful?
Ruben
Just got this a couple weeks ago and took it out on a 3 day kayak/camping trip. Love how I could just strap it to the front of the kayak and let it charge. I was in and out of the sun all day, with a good amount of cloud coverage, and never seemed to have any issues getting fully charged. Once in the tent and ready to call it a day, I just connected my phone, and by morning, I was fully charged and ready to go. However, if your one if those people who are alway on your phone, this item does take a good while to charge your phone. It’s not a quick charge at all. But, when your out on the water, camping, and enjoying Mother Nature, you shouldn’t be on your phone anyways. I do use my phone for maps and for emergencies, when on trips. But, for the most part I usually don’t have reception where I’m at anyways.
Is this helpful?
Tim Vinson
Battery over time will lose charge, but that's why I bought a solar charger. At least it'll be 100% when I need it constantly if I leave it out. However, I'm unsure if it can charge my phone and solar charge at the same time as past experiences showed me... but the solar charging works pretty well. I had one light per 2 days, so that's a good benefit.
Is this helpful?
Kyle Robert Chamberlin
Very very very please with my order! I thought maybe it was going to be a cheap item because of the price but it is a very well built product. I charged my iPhone 7 completely, while streaming music, and it didn’t even loose a single dot (dots show how charged the battery is). Only thing is I didn’t get the color I ordered and it’s a little smaller than I thought it would be. But otherwise it’s a great buy!
Is this helpful?
Steve C
I took this with me on safari in Kenya and it held up great. I was able to charge phones and camera batteries at the same time by simply putting the unit on the dash of our landcover each day. The night light came in handy a few times as well!
Is this helpful?
EP
I keep it in my car's emergency kit. The expandable solar panel array is nice as it catches more sunlight and charges up faster. If you're creative, you can rig this thing up to affix to your backpack and unfold the panels to charge while you're hiking or whatever, too. I'm happy with it.
Is this helpful?
Jenna
I got this charger to use in my frequent hospital stays so that I can keep my cell phone close by in sight and keep it charged for several days. This is a very good cell phone charger. It charges my phone in about 2-4 hours, with battery percentages on my phone of 45% and 25%, respectively. I keep it perched on my window and it stays charged that way. You can also change it with the included port cord adapter,too. I love that we can harness natural energy from our sun for use in these products. I also purchased their battery powered cell phone charger, but it's VERY slow, so I would definitely recommend this charger over it
Is this helpful?
AMY
Works as described. Charges phone from 10% battery to full battery in 90-120 minutes while using the phone.
Is this helpful?