Details: From work to workout, the swim-ready Samsung Gear Sport keeps up with your life. Track your fitness and keep an Eye on calories, all while getting real-time notifications. Access your favorite apps and even control your home and payments right from your Watch. With a modern, innovative design, Gear Sport is ready for your Active life. 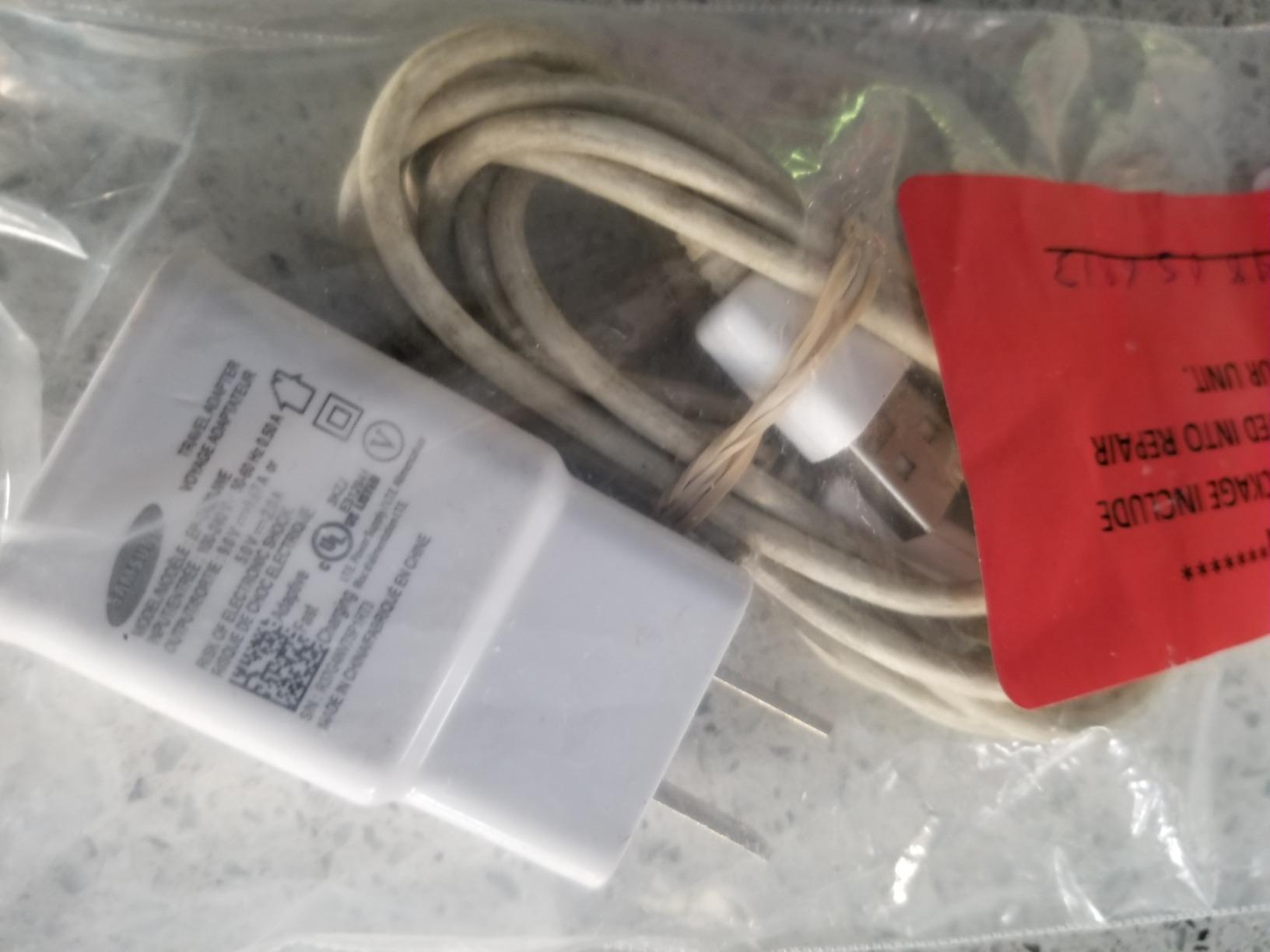 Is this helpful?
jennifer finley
The watch came in a box with foreign writing all over it, definitely not the u.s.version. obviously the international version. The box had a tamper resistant seal that was broken. Upon opening it, I find out that I have the charger base, but the cord and the wall plug are missing. Watch box was opened at one point, the protective film was not on the watch glass. My excitement turned to disappointment when all of these things were discovered. I would be ok with everything else had there been the wall plug and cord.
Is this helpful?
Tanner
I'm one month in with the watch and I really like it. It feels sturdy and high quality. I love the rotating bezel so I'm not constantly touching the screen.As for battery life I get about two day or so depending on the use which is fine by me I usualy take it off and charge it when I go to bed anyways.There are millions of free faces between the gear app and apps like facer so I am constantly downloading new ones. I would definitly recomend this if you are on the fence about it.Also I will update next month if my opinions change about the watch which I hope i never have to do.
Is this helpful?
Clintre
Overall I really love this watch. Especially that I can forget that I have it on, and that when I do forget and wear it in the shower it can handle it like a champ. The apps and watch face choices are plentiful and I really like Samsung Health over fit bit and Google. The ONLY thing I do not like is the fact that alarms on my Google Pixel 2 phone will not show up or buzz on the watch. It is a known problem for many. If they fix that, it will be an easy 5 stars.
Is this helpful?
R. Dale Rogers
I mainly got this watch as I wanted a smart watch that looked like a classic watch. With the settings I have on the watch I can go 2 days between charges. It does everything I need for a smartwatch to do... but my needs are simple. Wake me up when get a late night work text or phone call, nice clear text I can actually read, good heart monitor, and a fantastic swim app. I do like the fitness tracking and sleep tracking features as well. So if you have a iPhone, but want something other than a rectangular watch I would recommend the Samsung Sport. I've included pictures of a few of my favorite watch faces... first is my every day, 2nd is a watch face that allows you to set your own picture as the background, and the third one is when I'm feeling like a nerd. 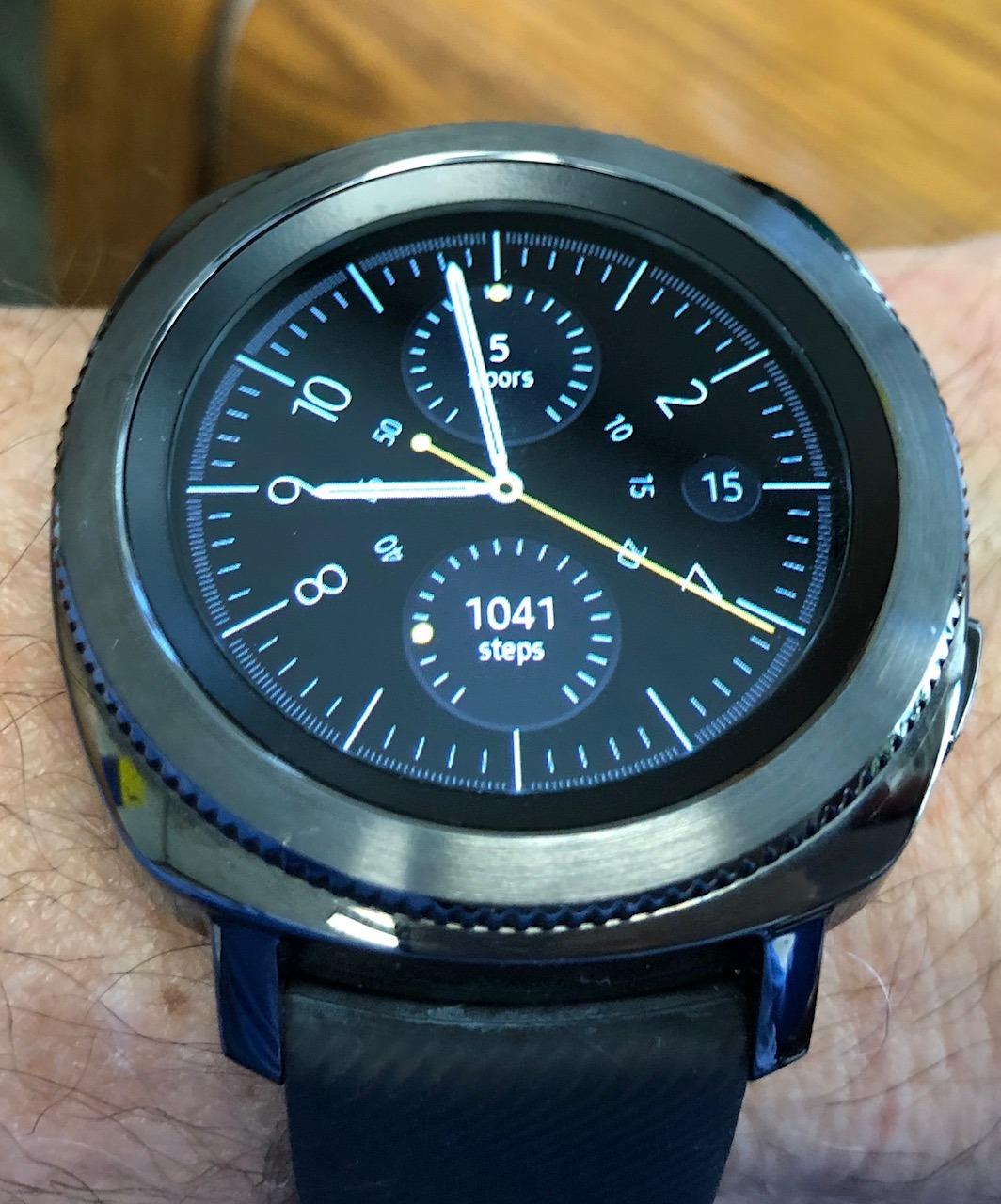 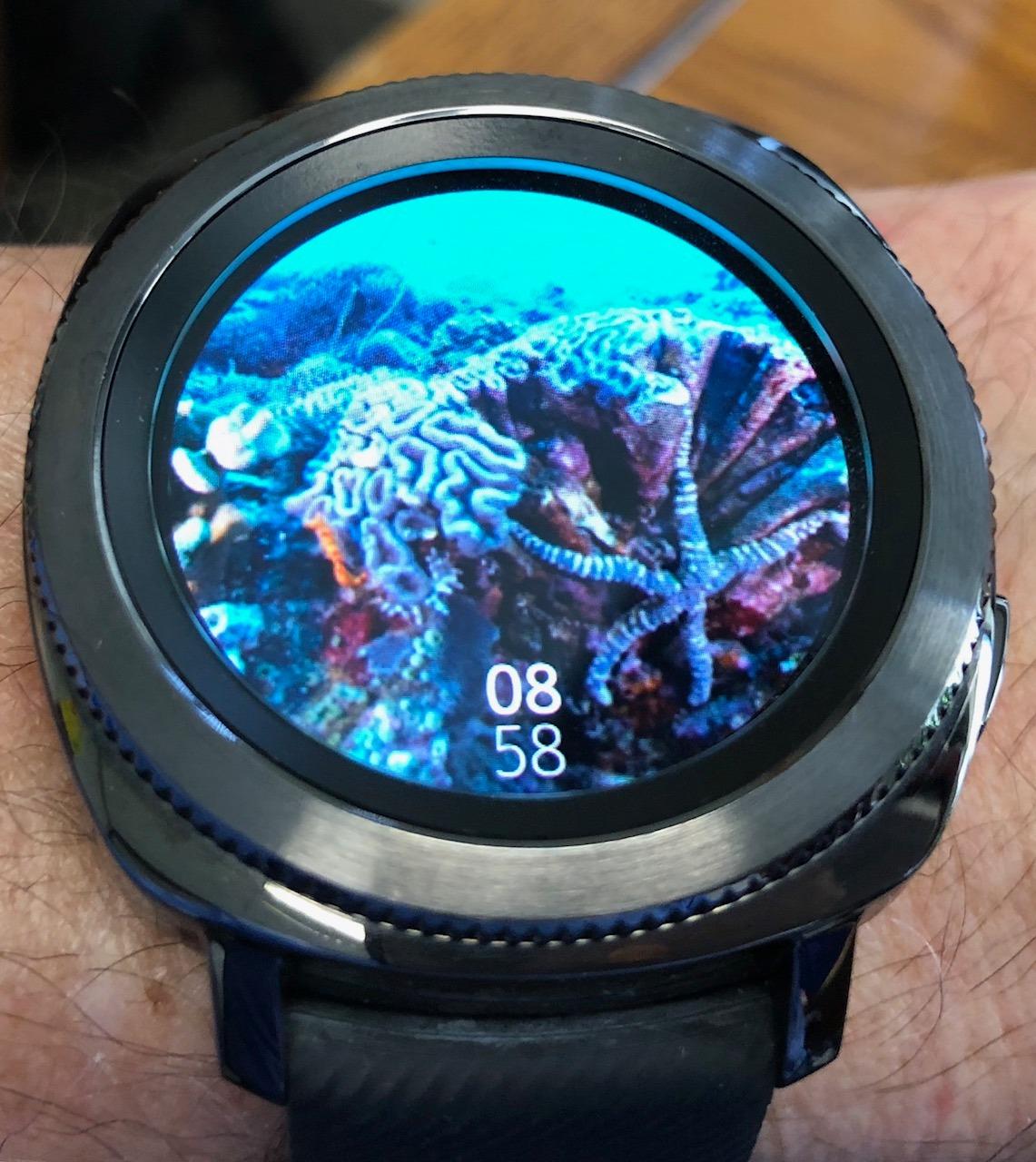 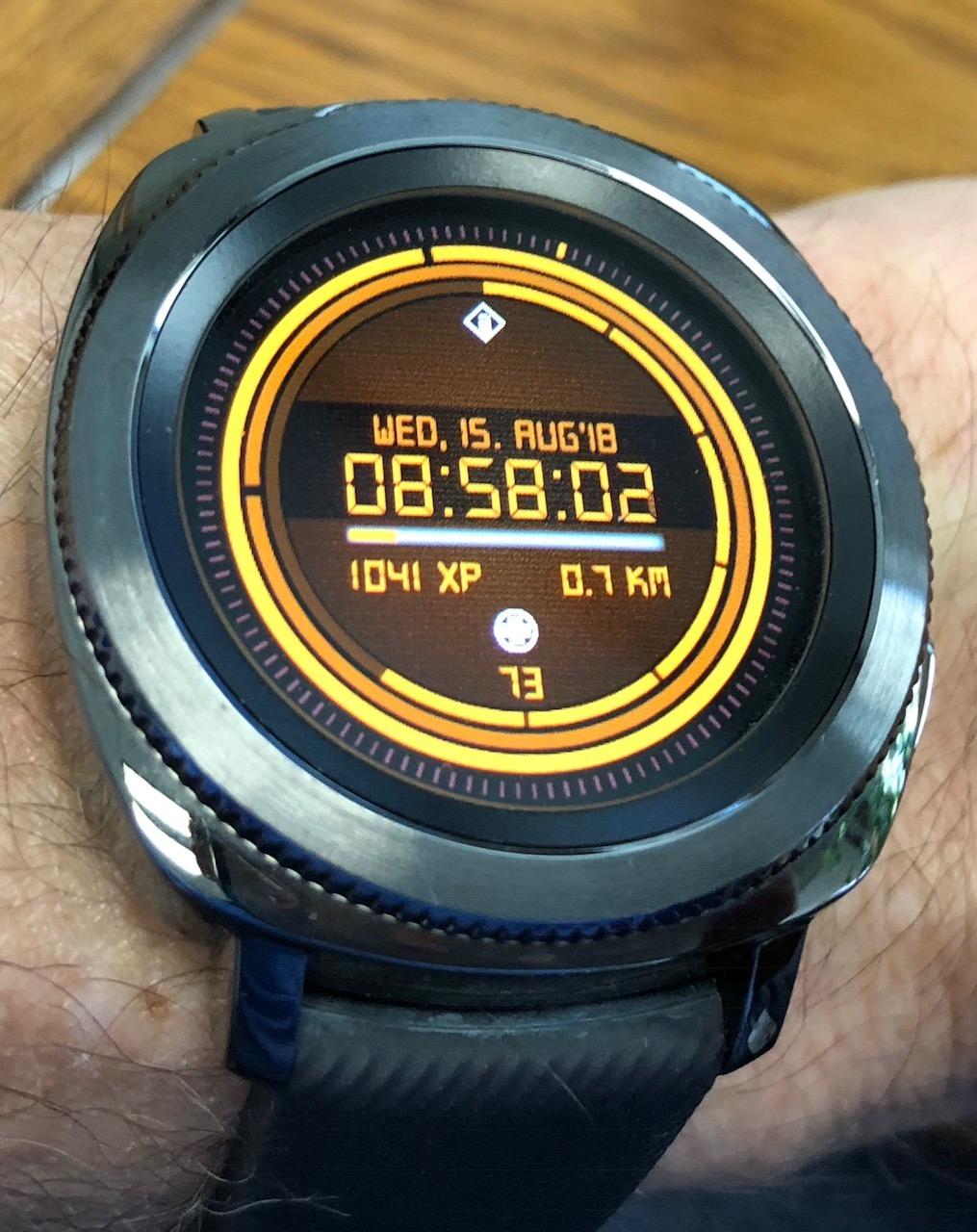 Is this helpful?
John
The watch looks good on paper, but if you're a swimmer, DO NOT PURCHASE. There is a monitor on the bottom of the watch, covered by a tiny plate. The plate is GLUED IN and apparently the glue is water-soluble. The plate fell off while swimming, killing the device. I discussed the issue with Samsung, who made a ticket and had me send the watch back. Three weeks later, they returned the broken watch with a note stating "we have determined that the watch is irreparable due to water damage." No kidding. I have contacted Samsung again, but they can't seem to figure this out. I even provided them with their own advertising, which has a lot of info about how great this watch is for swimming. So far they have "escalated" the ticket, and claim they now want me to send them a form, which they have yet to provide. Why this couldn't have been done in the first place is the question. It's been a month now. I imagine that backing can eventually fall off just due to sweat. Waste of money, and a bigger waste of time. 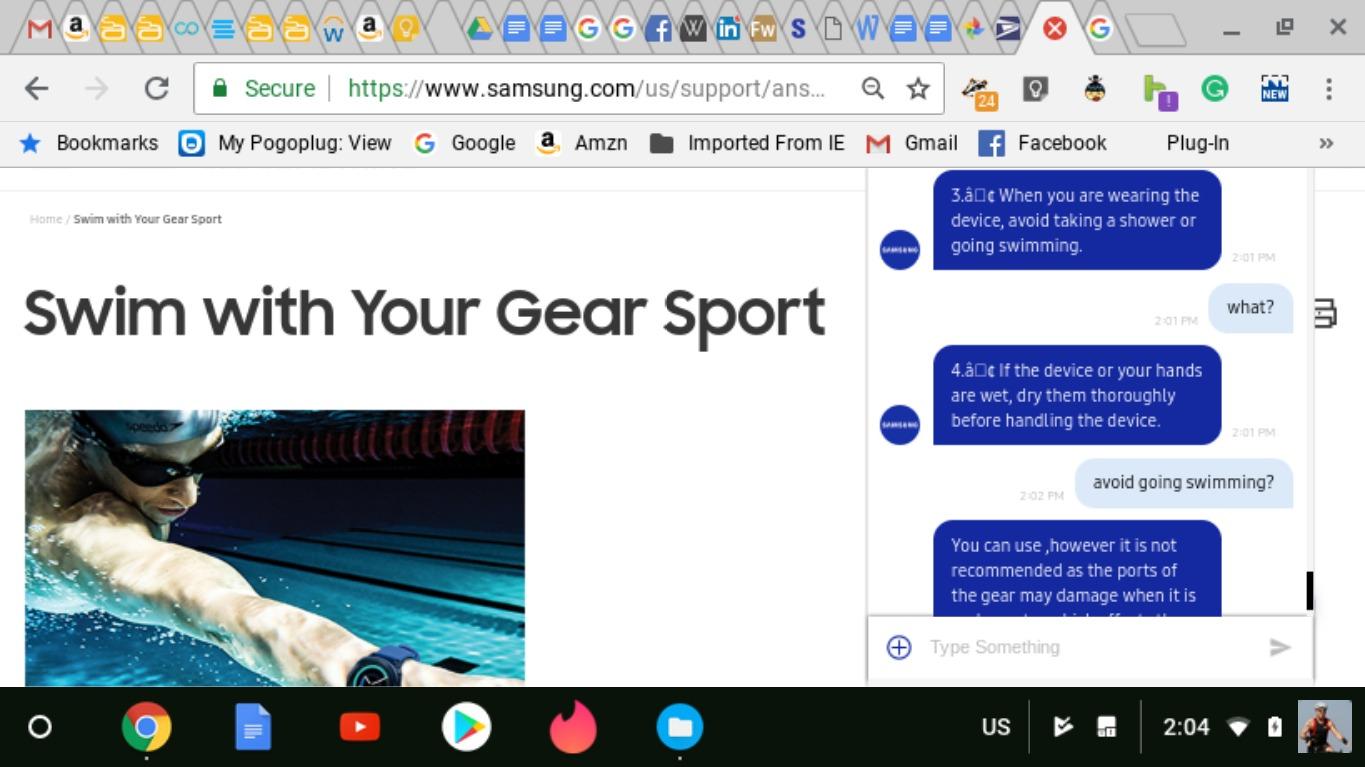 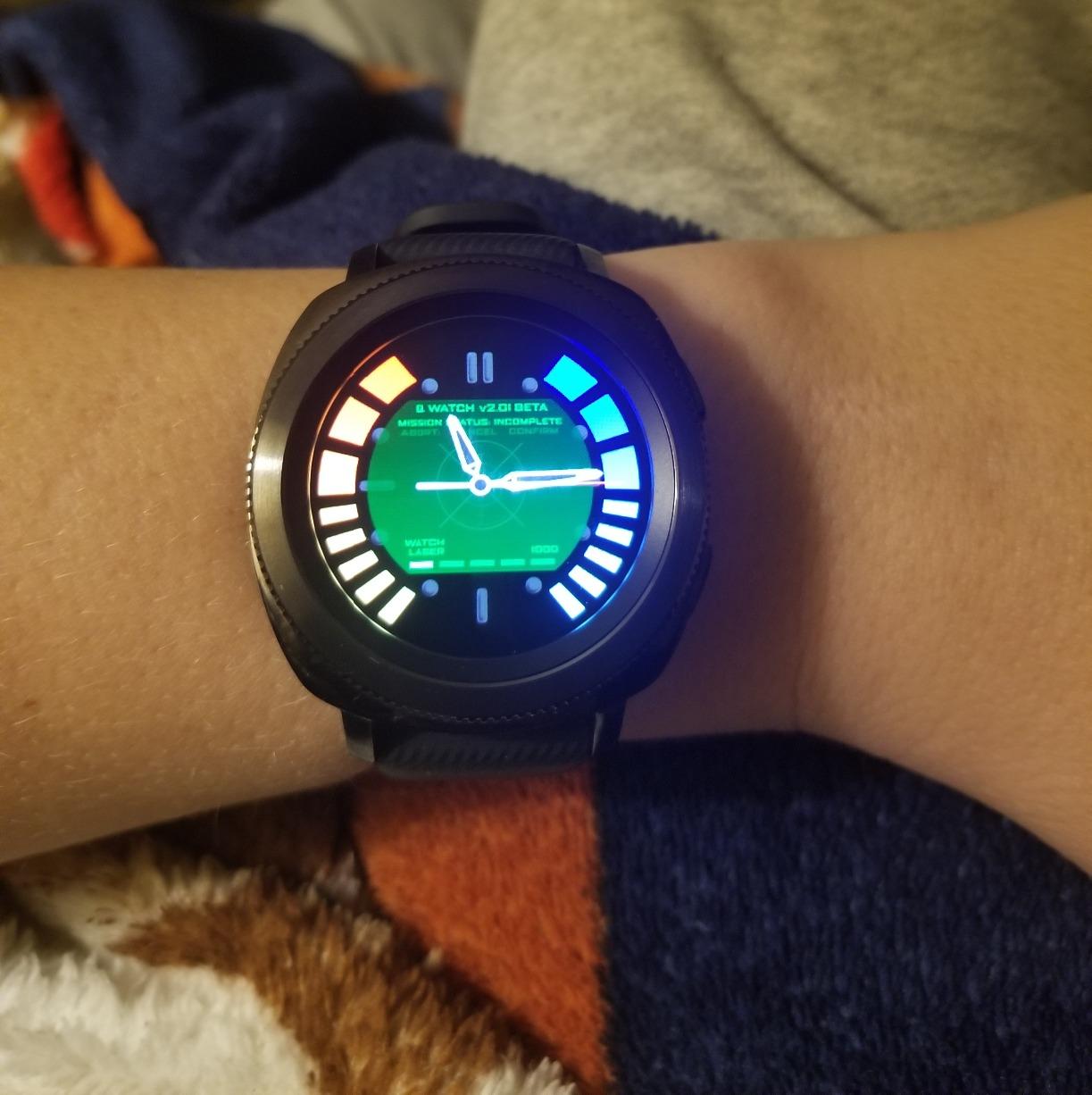 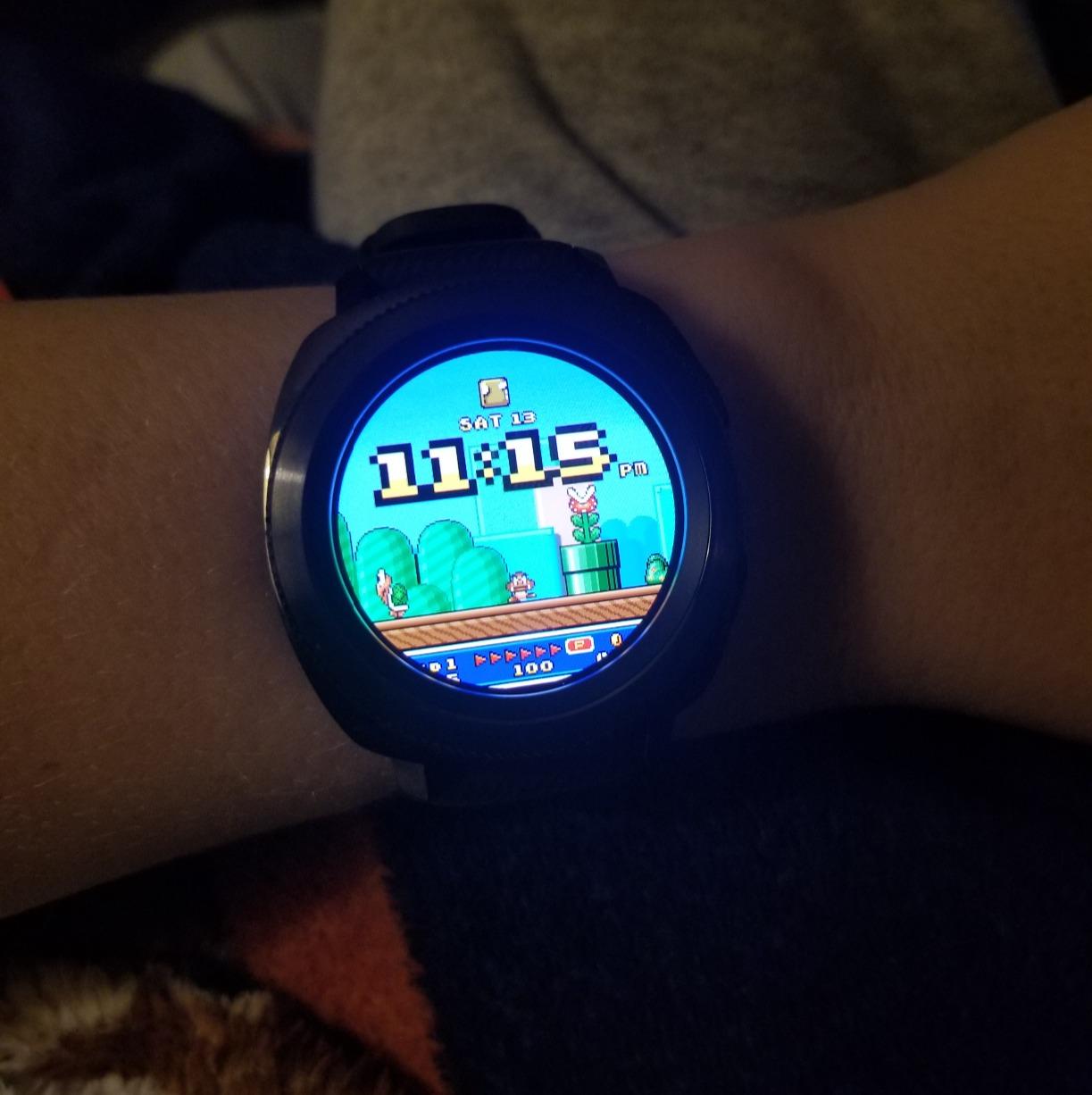 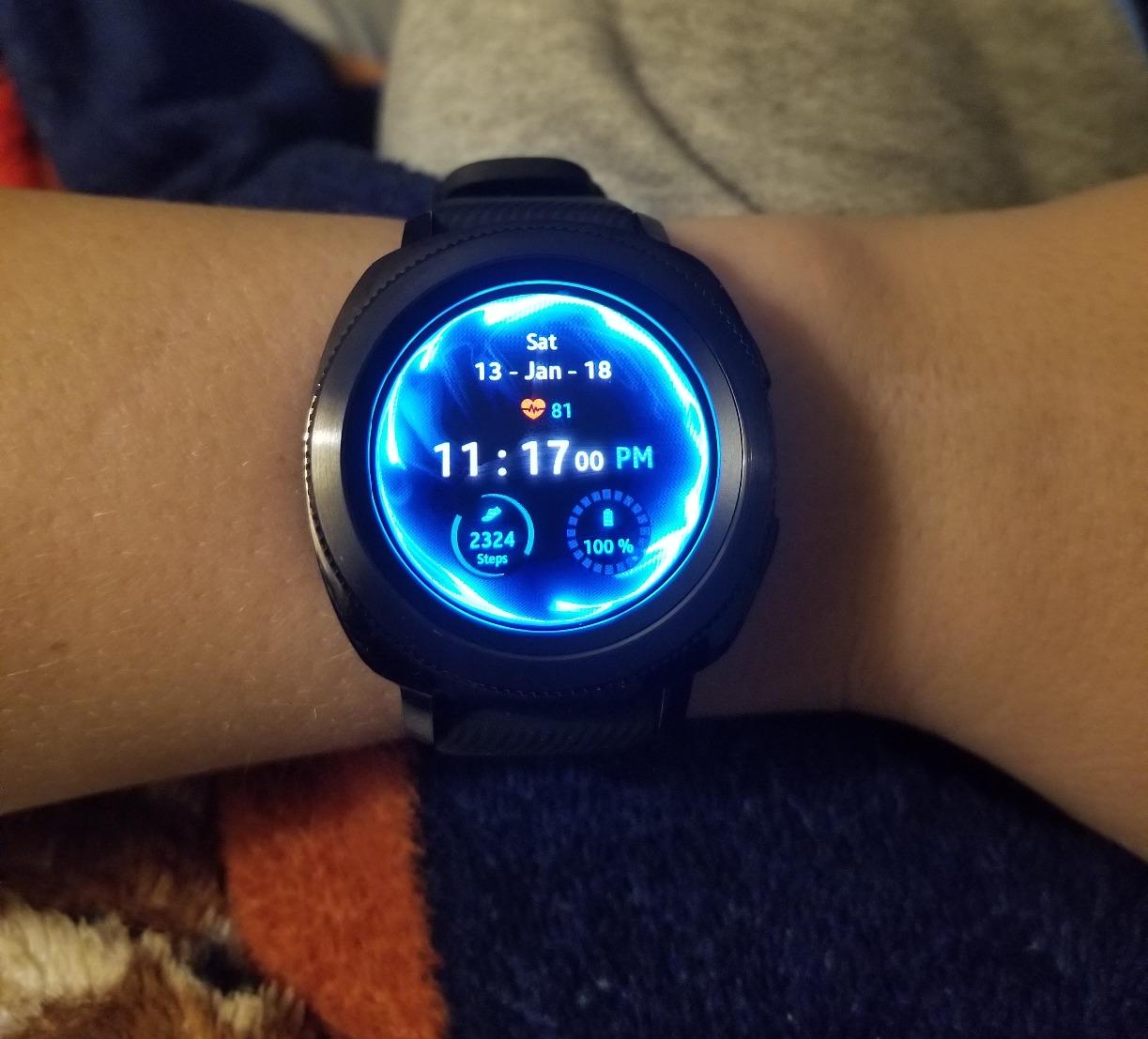 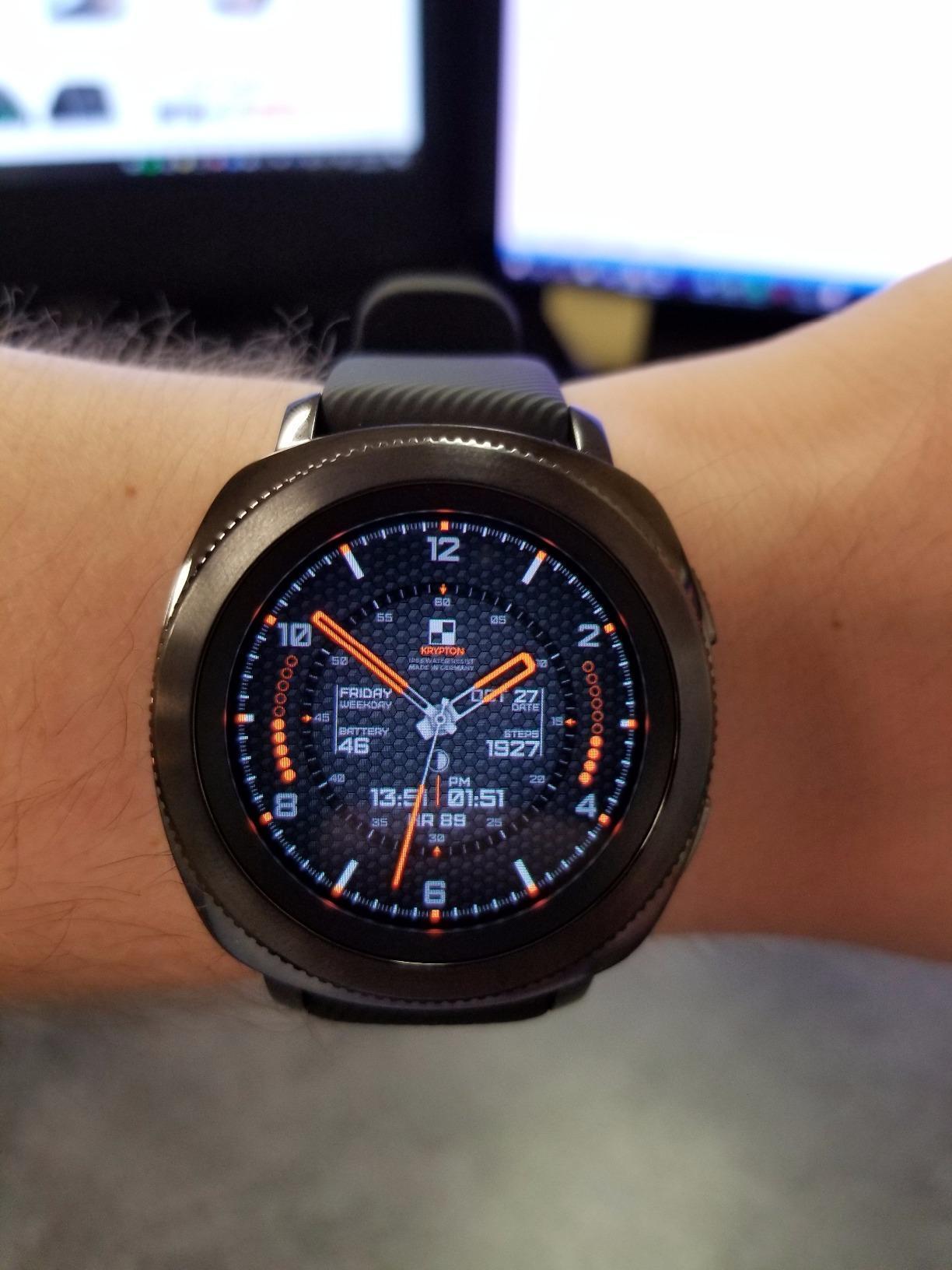 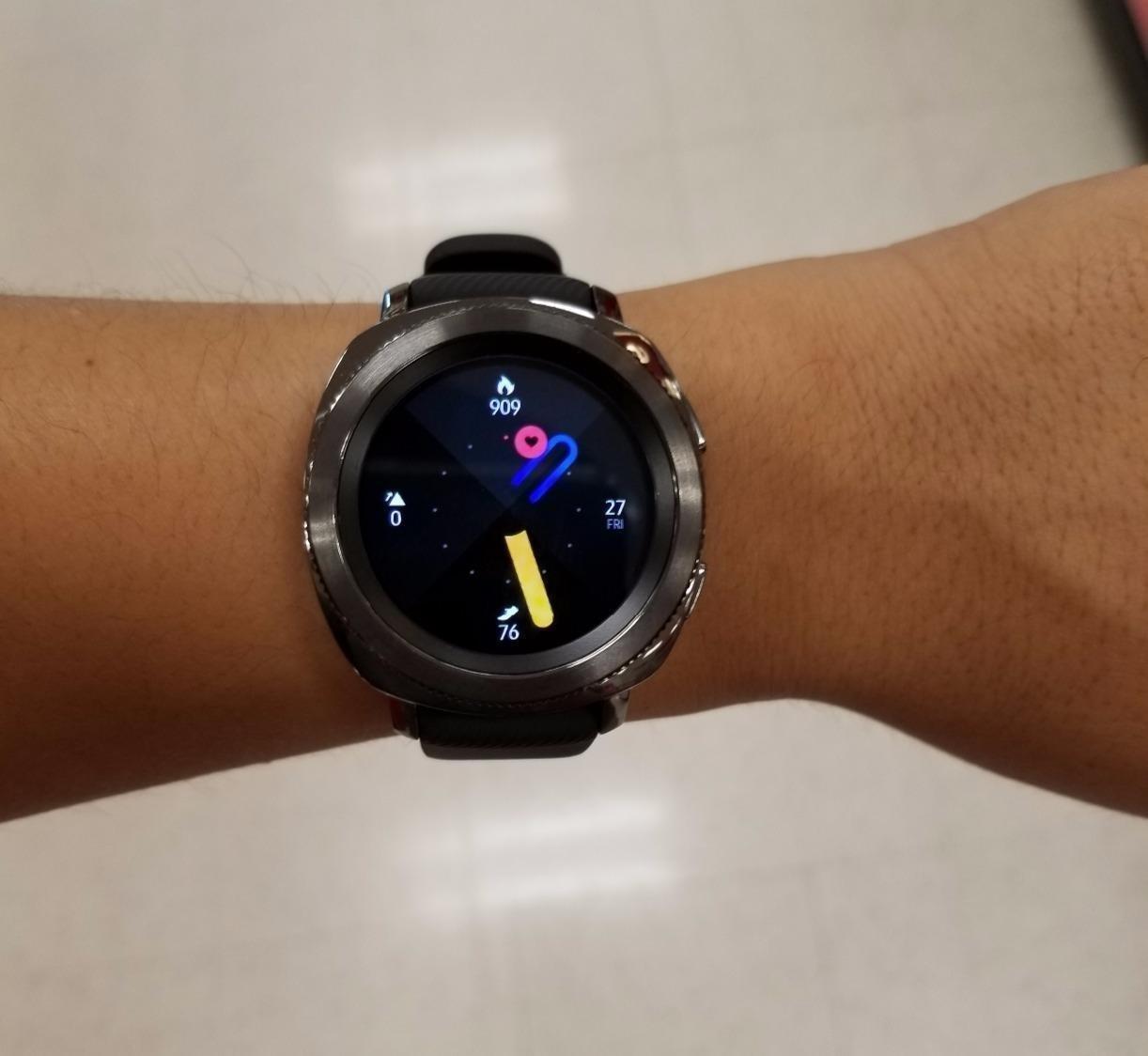 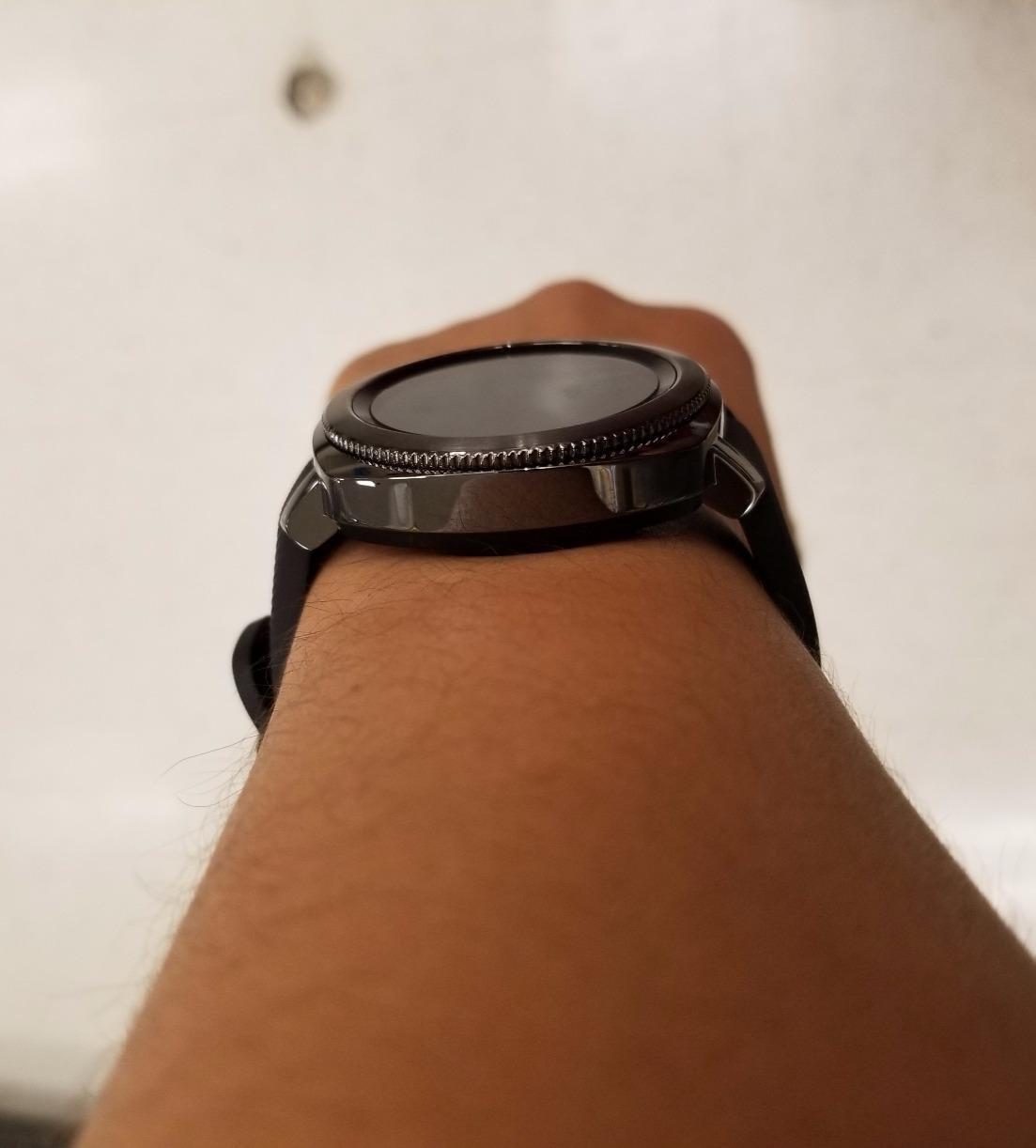 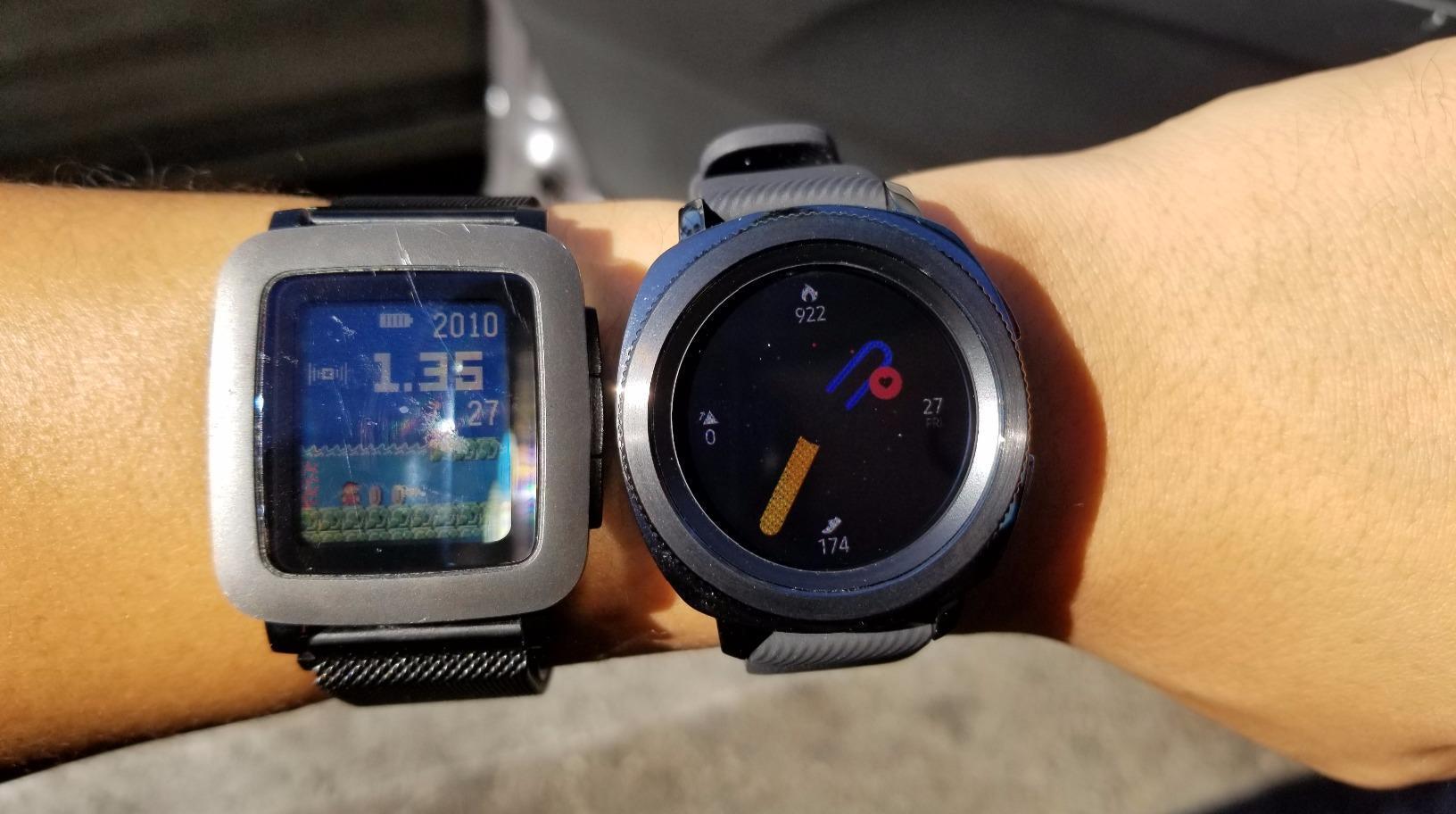