Details: Keeping kids entertained while on a long drive can be a challenge, but the National Geographic Kids Ultimate U.S. Road Atlas can help. This book includes easy-to-read, simple road maps of each state and Washington, D.C., and a map of the United States. State symbols, cool things to do, boredom busters, fun facts, wacky roadside attractions, and games accompany the maps and provide engaging information with stunning photographs that will keep kids engaged for hours. In the back matter, a comprehensive index makes it easy for kids to look up names and places. To top it all off, everything is presented in colorful NG Kids style, allowing kids to learn as they ride and have a blast doing it! 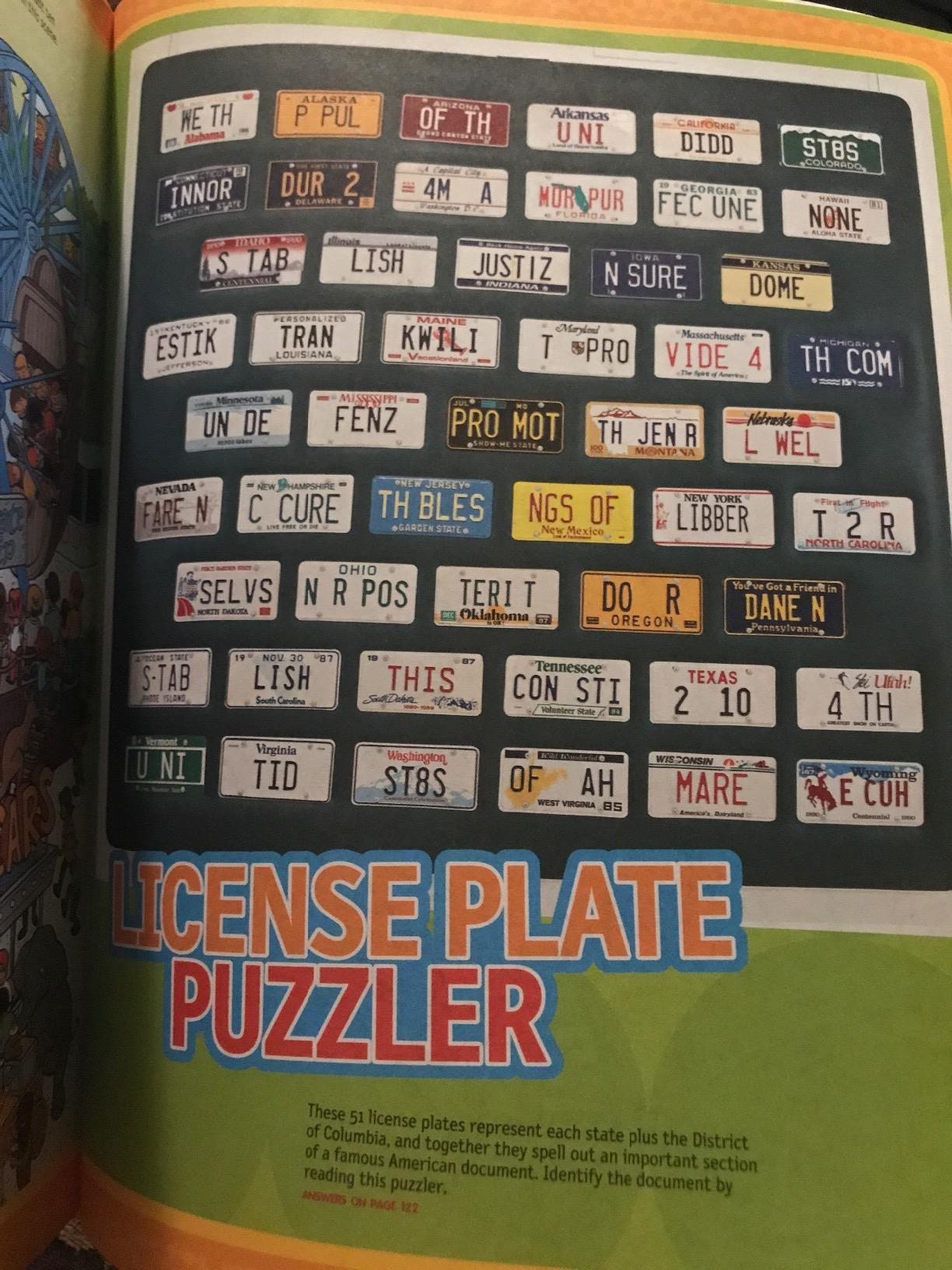 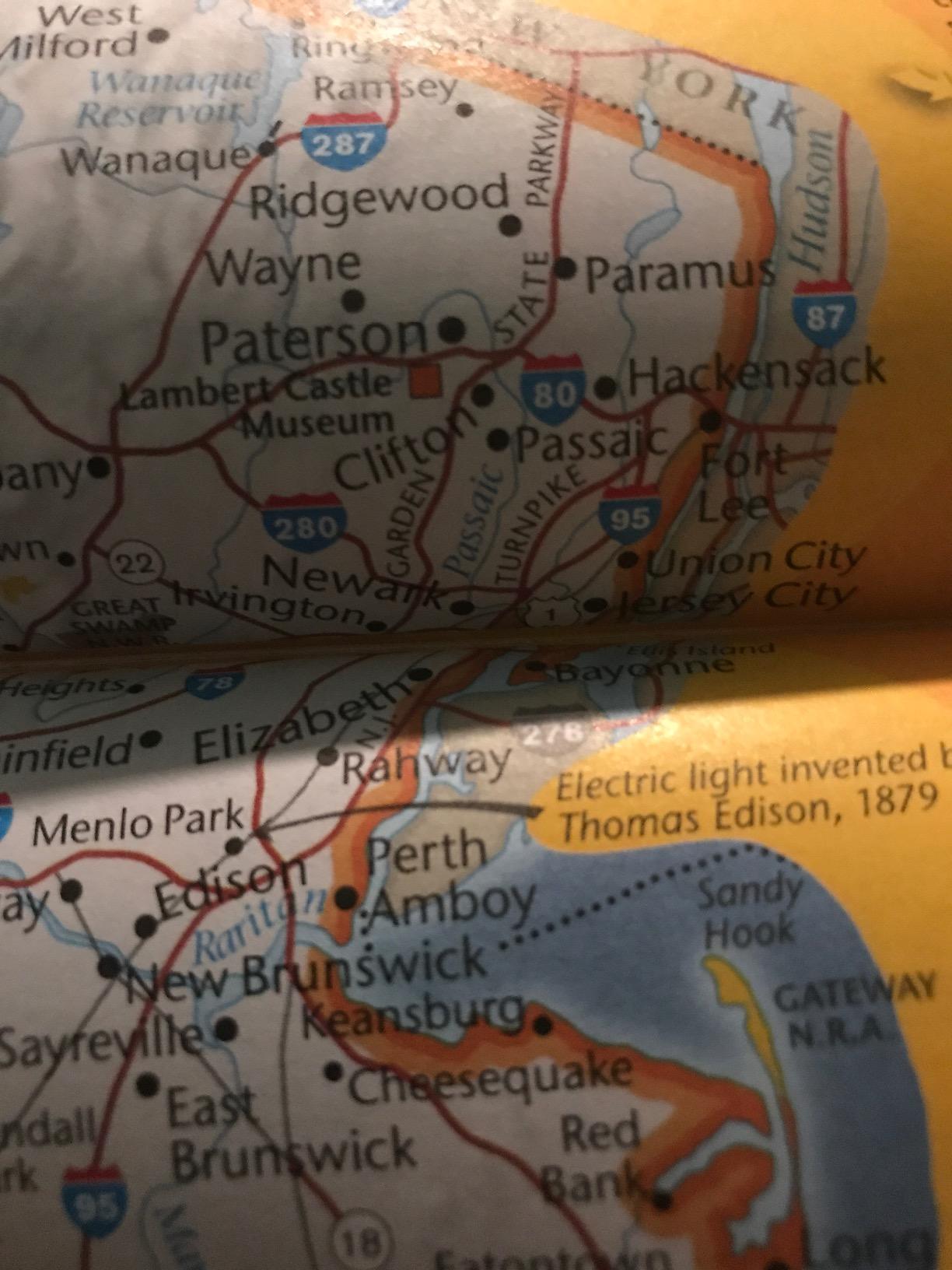 Is this helpful?
GreyLady
Our road trips include our grandchildren. I bought one of these last year for a road trip to SD. My granddaughters loved it. This year when we went to Arizona, they fought over it, "Can I see the book".... "it's my turn to see have the book". I had to buy 3 more when we got home so each one could have their own. I kept the "beat up" (actually well used - for good reason) book for myself! Now the girls can write notes about each state they've been to, place stickers, etc. It's great in the car - we play games.... State capitols, mottos, etc. It really makes learning and hours spent in the car so much fun!! I would recommend this for anyone!
Is this helpful?
Schultz, K
Maps of each state along with fun facts and attractions - PERFECT for my kids on our road trip! What a great find - at a GREAT price! There are even seek and find puzzles in the back. Love it! 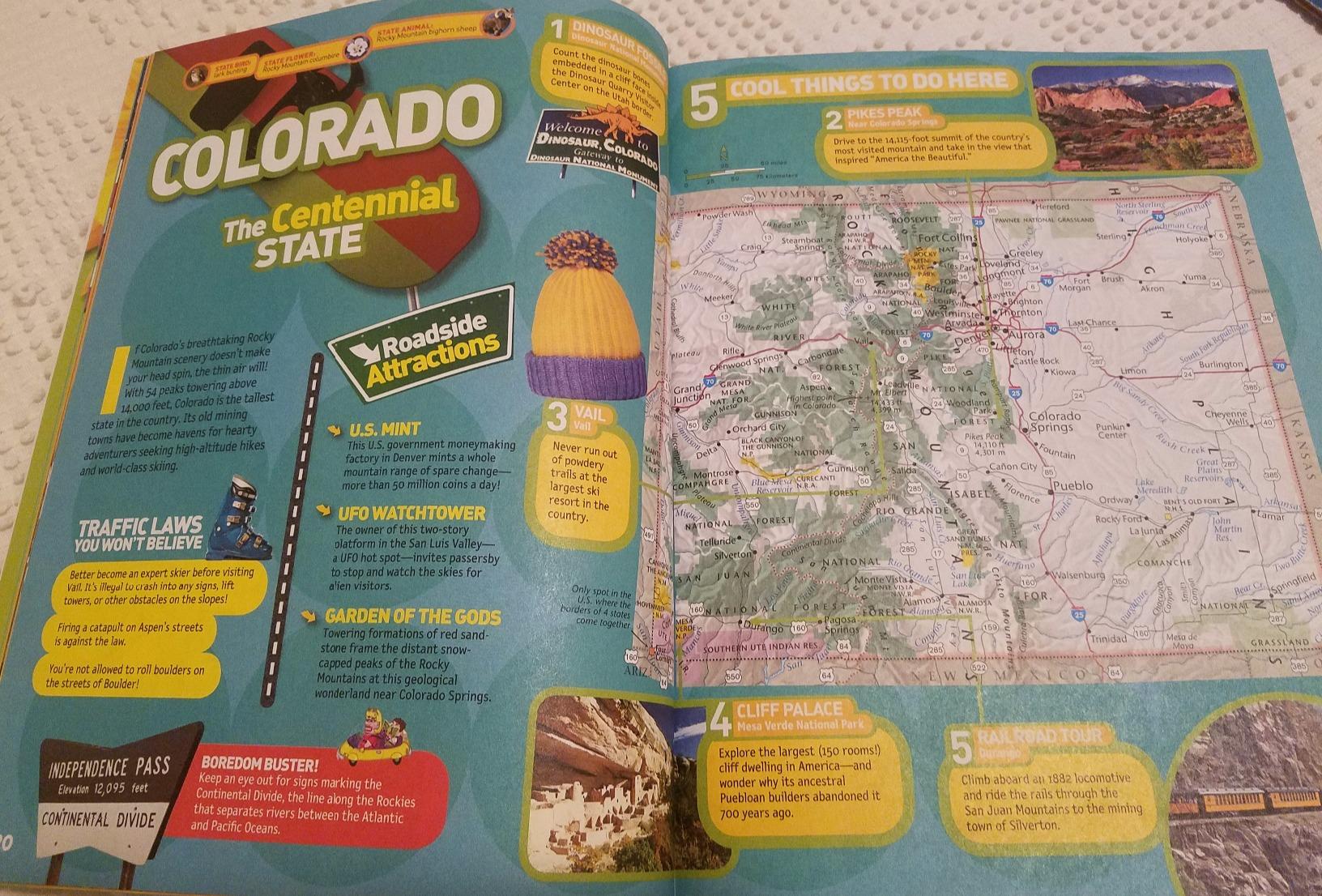 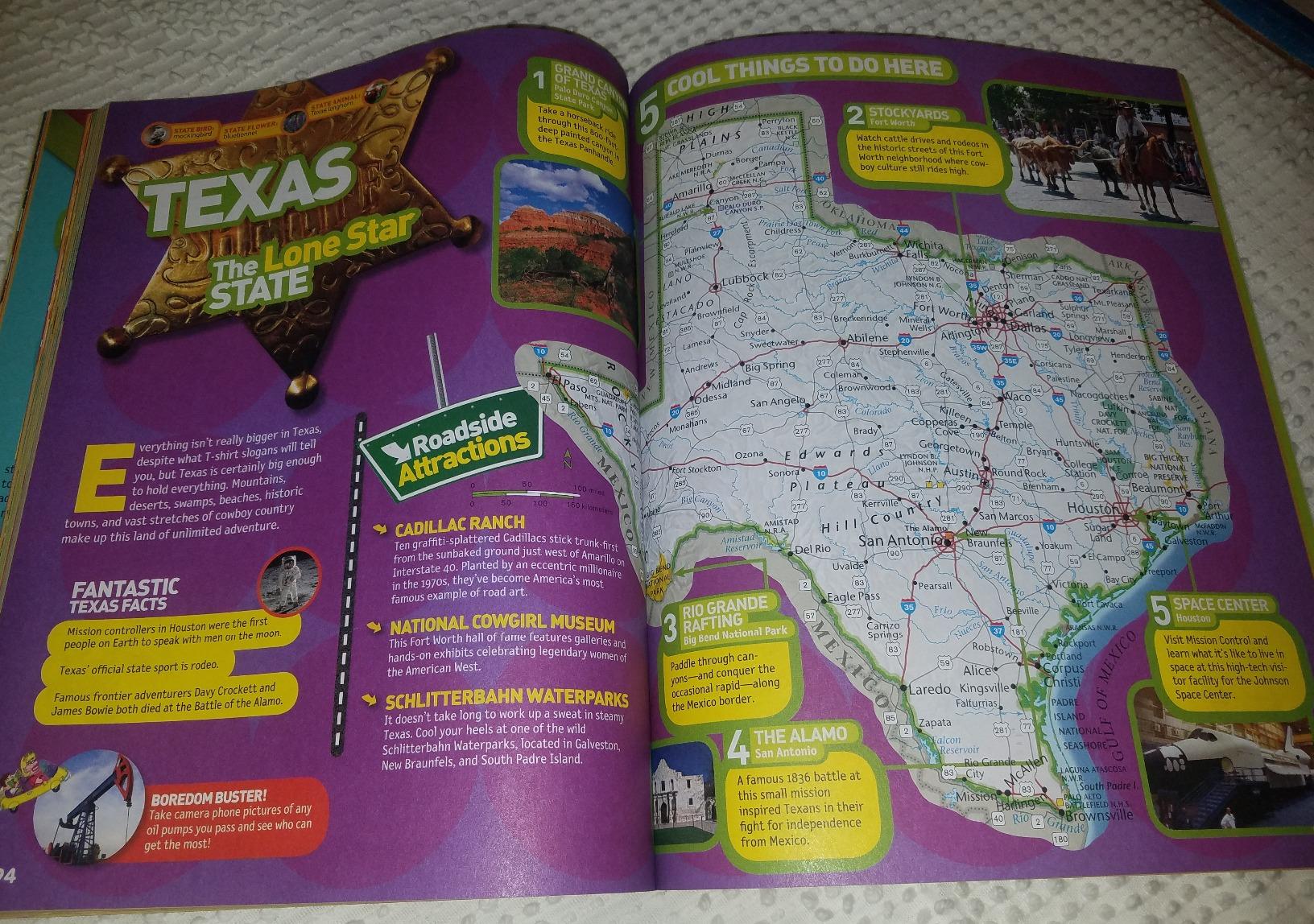 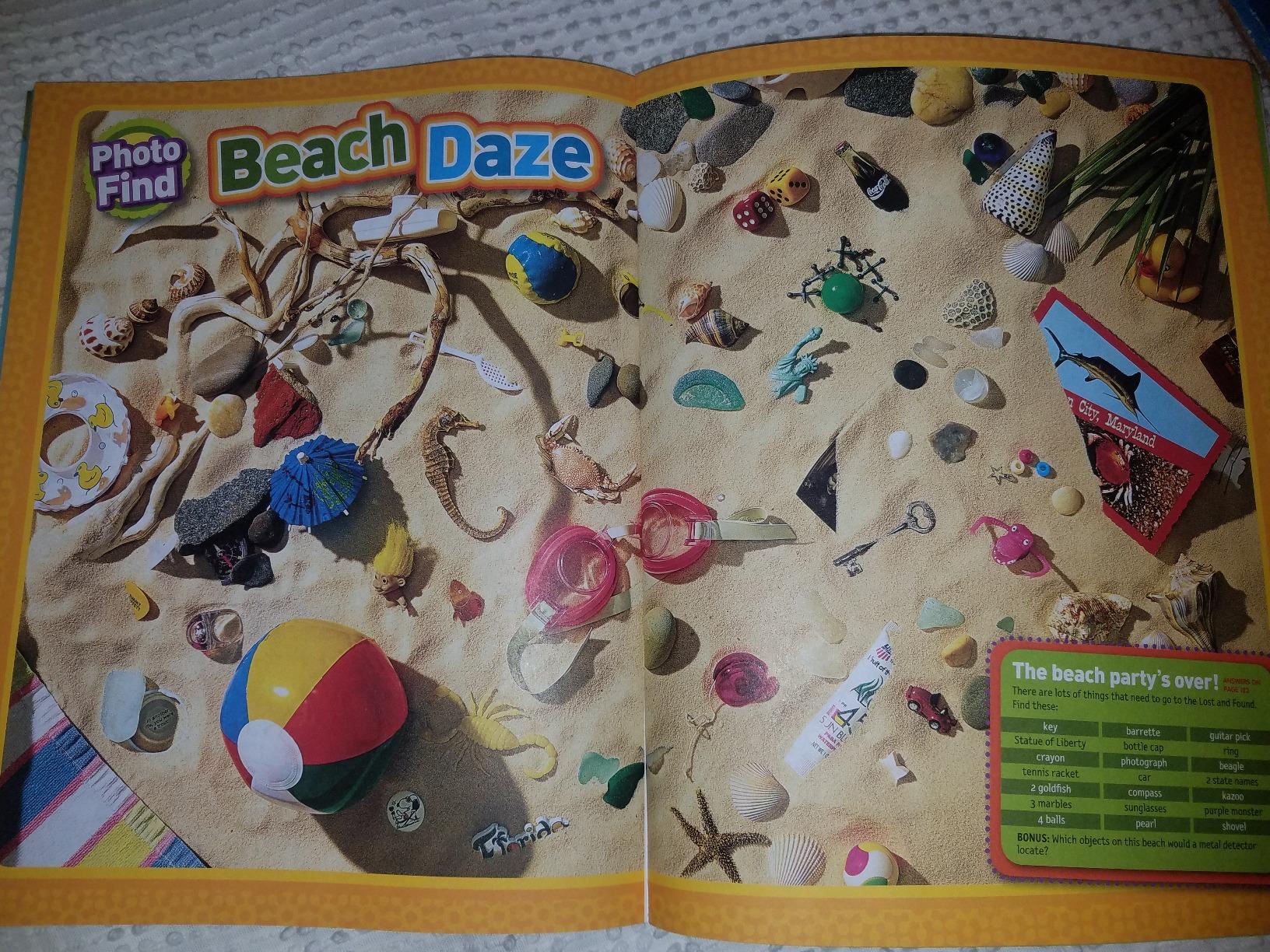 Is this helpful?
CGeorge
This is the best book for kids in the 7+ range for road trips or just for those who are interested in geography/maps/United States, etc. When we were on a road trip, we first gave it to my 9 year old son who didn't seem terribly interested. I think it was because he didn't understand what it was. My 7 year old daughter opened it up and lit up when she realized she could follow along on the map where we were driving on the car. She called out every city before we reached it for hours on end. It started a ton of questions about the state we were traveling through and our own state. She loved reading the interesting facts about the states and before long, my two kids were fighting over who got to look through the book! Any time we travel somewhere or talk about places we've gone, they pull out this book and rediscover the whole thing all over again. Tonight my daughter pulled it out and talked to her great grandmother who lived in many places all over the United States. She had her pointing out all the places she lived, asked her which national parks she had visited and had her trace out her journey across Route 66 when she traveled from the East Coast to the West Coast. This book is such a huge win for our family!
Is this helpful?
EMT
Great!!! Lots of great information. The only downside is that the kids will be begging for a bunch of out of the way stops! 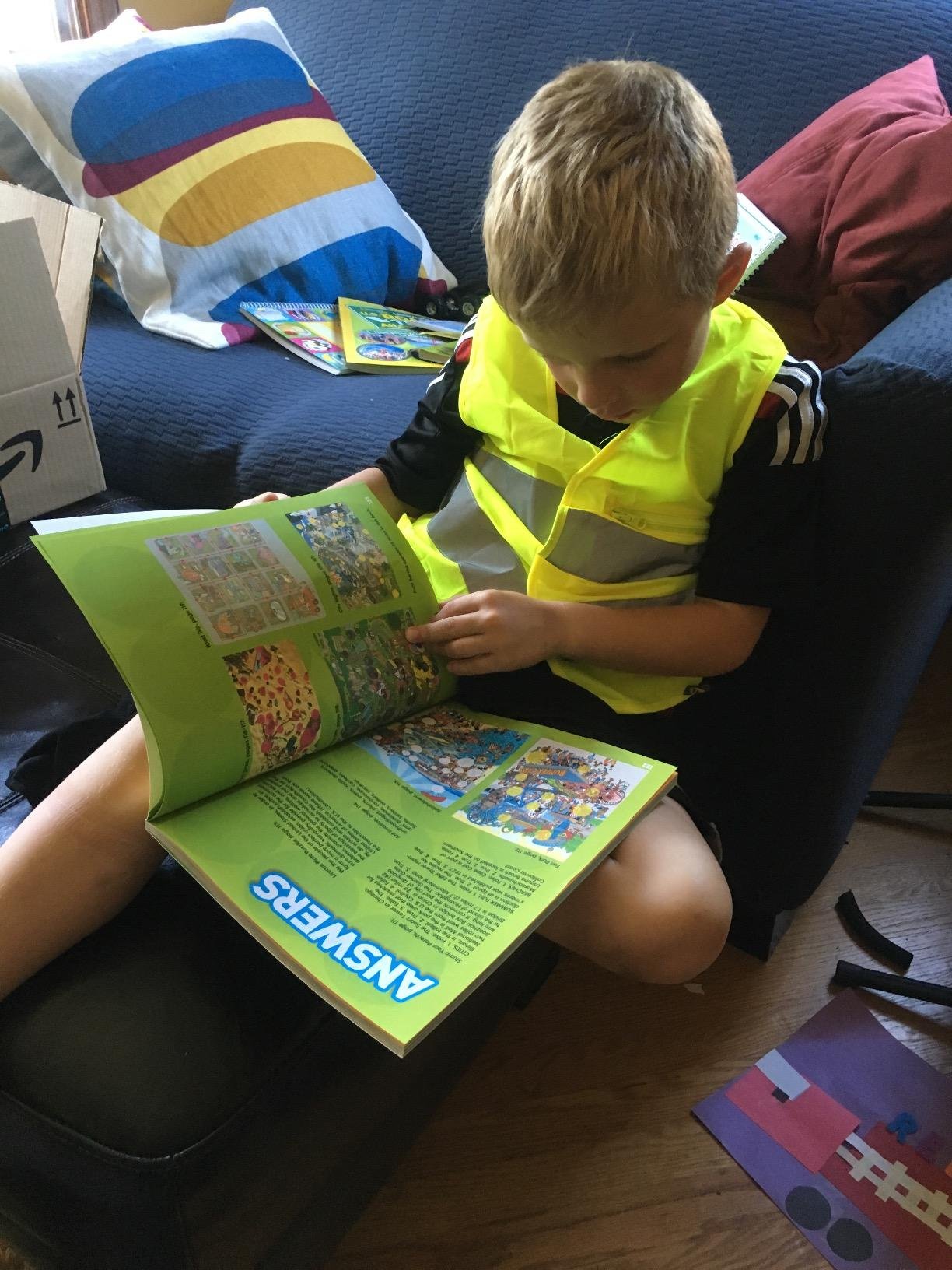 Is this helpful?
Mom in VA
This book is fantastic! I ordered a copy for someone else and decided to order a second copy for my own child after the first one arrived. It has so much fun information for each state. The layout is also really nicely done and makes the book ever more enjoyable. My 8-year-old and I are both having fun reading about the states we will visit on our upcoming cross country road trip.
Is this helpful?
Cypherpunk
One reviewer made it sound like there's not much to this atlas. I'm a high school teacher, and I notice that many items generically labeled 'for kids' don't have a specific audience or age range in mind. This book is recommended for kids 8 and up. We have a 5 year old and an 11 year old. The 11 year old thinks it's a great trivia book with tons of maps. Our 5 year old thinks it's cool that he has his own maps, like the ones on our navigation system.The book is colorful, magazine-sized, and very appealing, visually. Most states get a 2-page spread, with a map of the state on one page, 5 Cool Things to do Here surround the map, with colored pointers to their locations, and off to the side a few smaller sections like popular roadside attractions (usually 3), and either a Fantastic State Facts or Traffic Laws You Won't Believe section. There is a brief description of the geography of each state, and images of the state bird, flower, and animal are near the state's name.Each state also has its own Boredom Buster that will occupy kids for quite a while, though they can be technology-focused. Examples include taking pictures of Clinton references as you travel through Arkansas, searching for famous people from Iowa and see who can find the most, taking pictures of tornado shelters in Kansas and see who can find the most, etc. It also includes 10 pages of games at the back which are colorful, but probably won't last more than a half hour.Some critics have made it sound like there's not much to the book. I can see that argument in one sense. There's not enough information to occupy bored kids for several hours, as you drive through a state. I do agree with the comment that the US map is too small. With the format of the book, the map could have been nearly 11 x 17, yet it's shrunk down to about 2/3 of the available space with a large, wasted green border around it. It's a good map, showing the Interstate highways with approximate drive times between each major city. It's a great way for kids to practice their time and math skills. It's just disappointing that it could have been substantially larger without changing its focus or function in any way. As a kid's atlas with lots of added trivia, it's WAY more interesting for my two boys than a regular atlas. Could they have included more information? Yes, but they could have made the pages too overwhelming for younger readers, too. I think the colorful design and layout make the atlas accessible for a wide range of ages. Though most suited for 8-12 year olds, I know many of my high school students would prefer this to a standard atlas for the trivia and layout, alone.
Is this helpful?