Stay up to date on all the latest weather, hazard, and civil emergency information with the Public Alert Certified Midland WR-120EZ monitor. 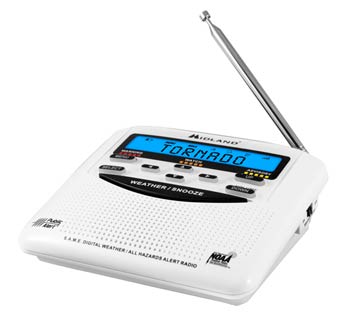 Stay up to date on all the latest weather, hazard, and civil emergency information. Click here for a larger image

Capable of receiving seven National Oceanic & Atmospheric Association (NOAA) /Environment Canada channels each of which receives and displays emergency advisories on tornadoes, floods, severe thunderstorms, civil danger warnings, and more in three languages (English, Spanish, French), the WR-120EZ is a must for people who live in high-risk weather areas, such as the Southeast or Midwest. Plus, the seven NOAA channels offer coverage for roughly 93 percent of the U.S., so most people are well covered regardless of where they live. 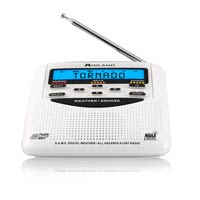 Color coded Alert Indicators for over 60 types of alerts. 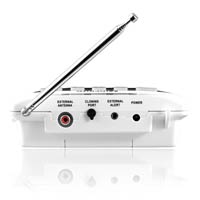