Details: This set contains two Life Straw Go 2-Stage Water Filter Bottles. The Life Straw Go Water Bottle personal water filter has been updated with 2-stage filtration to improve the taste of filtered water and provide even better protection from contamination. In addition to the award-winning Life Straw hollow fiber membrane filter that eliminates bacteria and protozoa, the next-generation Go Bottle incorporates a carbon capsule that reduces bad taste, odor, chlorine and organic chemical matter. The convenient, reusable Life Straw Go personal water filter bottle is ideal for hiking, camping, or traveling to areas with poor water quality, and is a critical addition to any disaster survival kit or bugout bag. Easily to fill by scooping water from any pond, stream, or river, filtration happens while drinking through the mouthpiece. The Life Straw Go filters water down to 0.2 microns and has been rigorously tested to surpass EPA standards for removing E. Coli, Giardia and Cryptosporidium oocysts, and many other waterborne contaminants; removes 99.9999% of waterborne bacteria and 99.9% of waterborne protozoan parasites. When the filter has reached capacity (1,000 liters / 264 gallons) it will stop taking in water. Replacement filters are available for sale separately. For each Life Straw purchased, one child in a developing community receives safe drinking water for an entire school year. 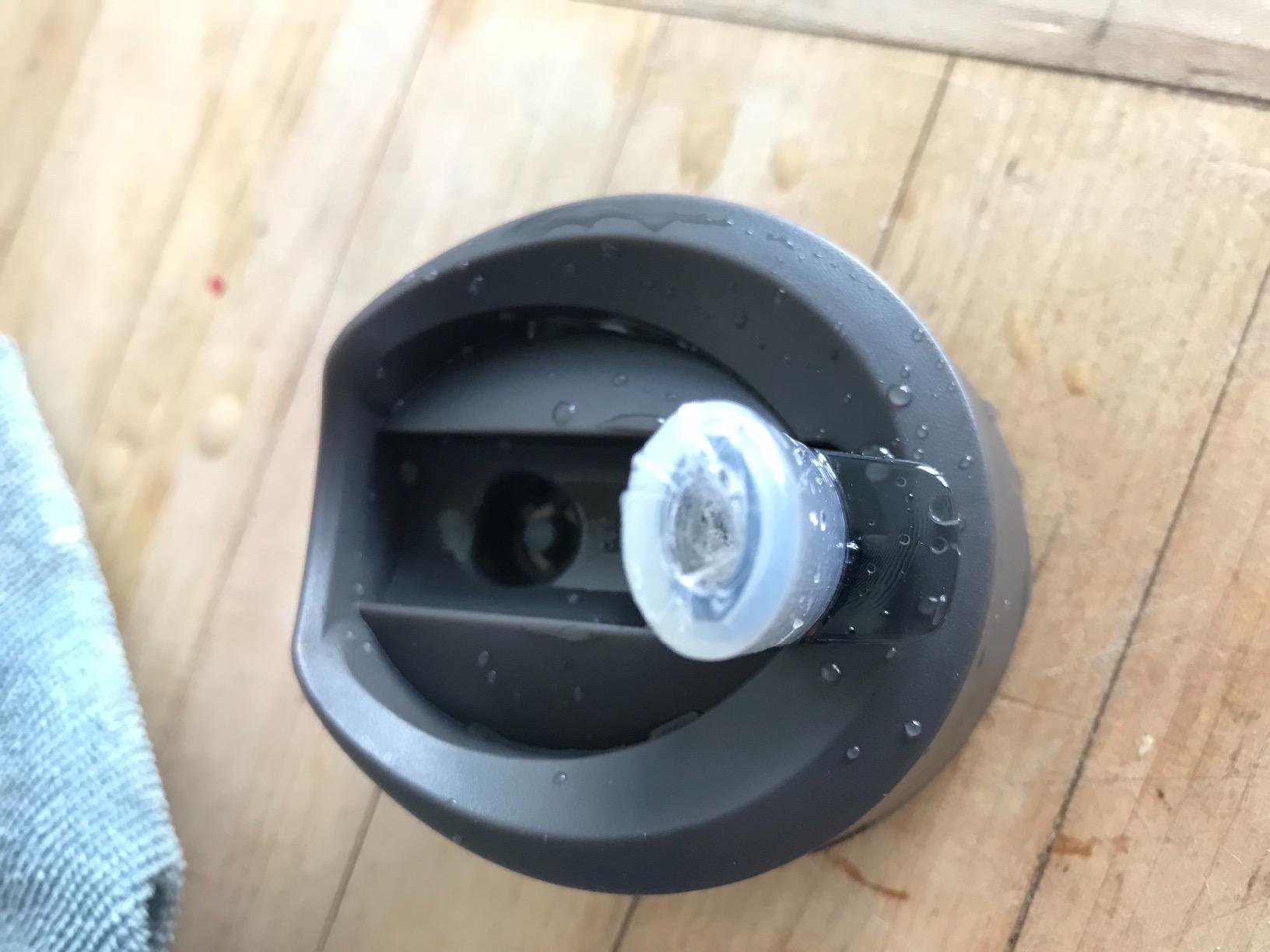 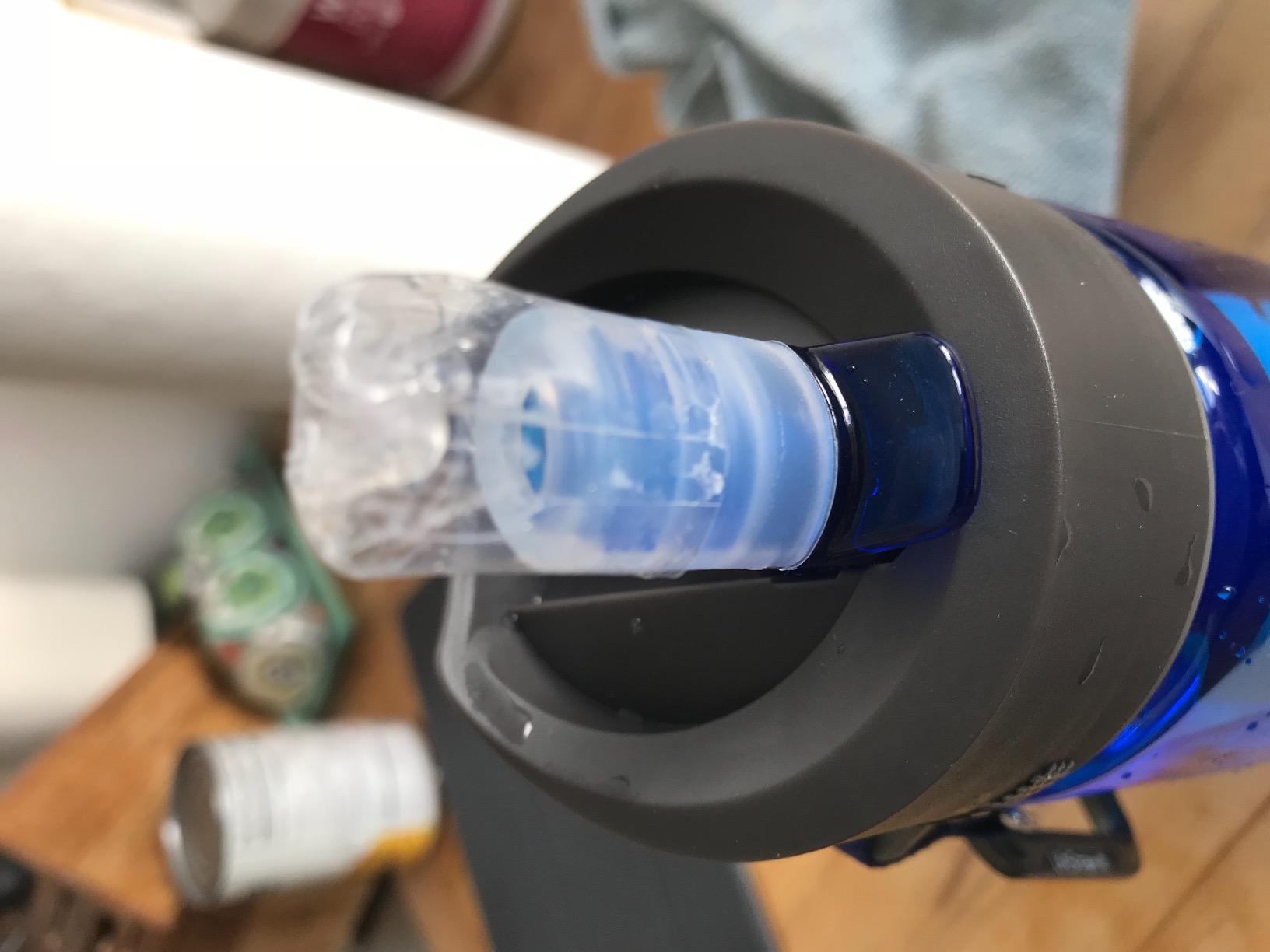 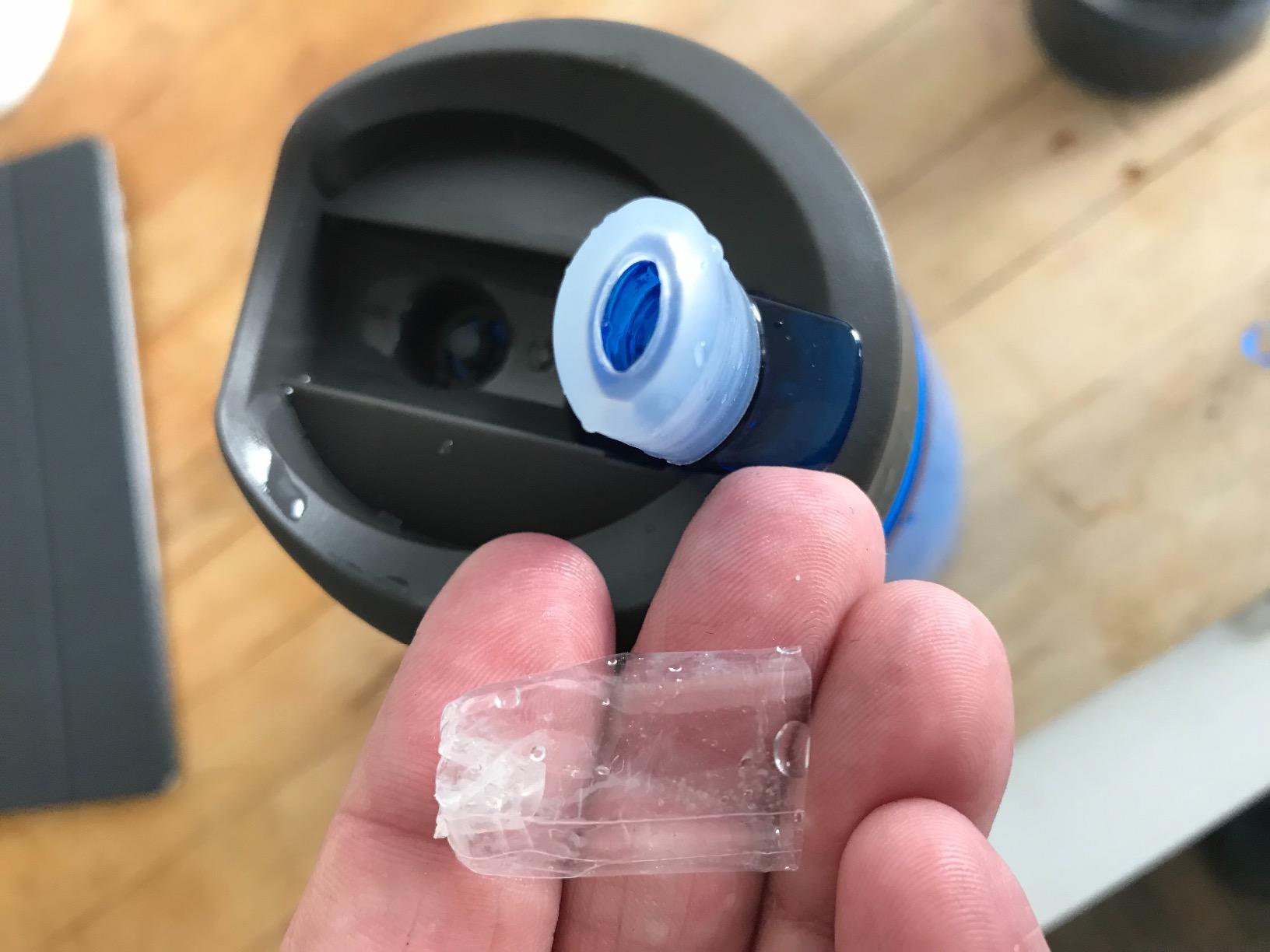 Is this helpful?
Ninjanoises
I noticed mixed reviews about how easy it is to suck the water up the straw. Some users say it's not so bad, others say it is very difficult.When I received my bottle, I fell into the latter category. My face hurt after a few sips.If you remove the carbon filter at the top altogether, the straw is very easy to draw water through. If you have a straw that is difficult to draw through, you can try the following small rework to see if it helps you. For me, it made it bearable to use the straw with carbon filter installed, after this small adjustment.Instruction:1. Remove the carbon filter from the top of the straw2. Pry open the plastic casing with finger nail3. If you can see the seam on the top of the plastic casing (this reduces the surface area for water to pass through), gentle remove the carbon bag4. Re-position the bag with seams along the cylindrical wall of the plastic casing5. Gently push and wiggle the bag back into the casing, and replace the cap6. Put the carbon filter back into the straw and check to see if easier to draw water through the straw 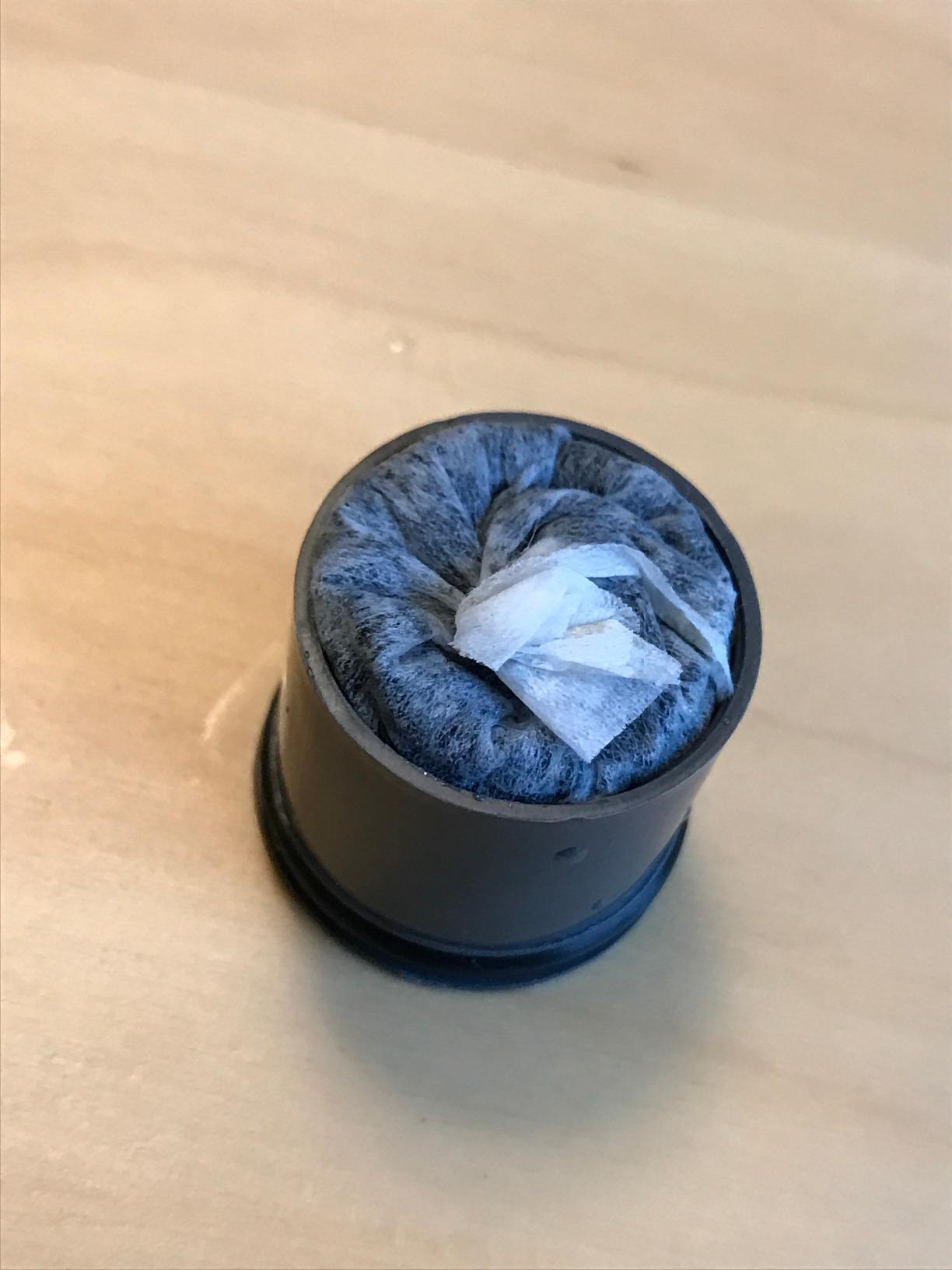 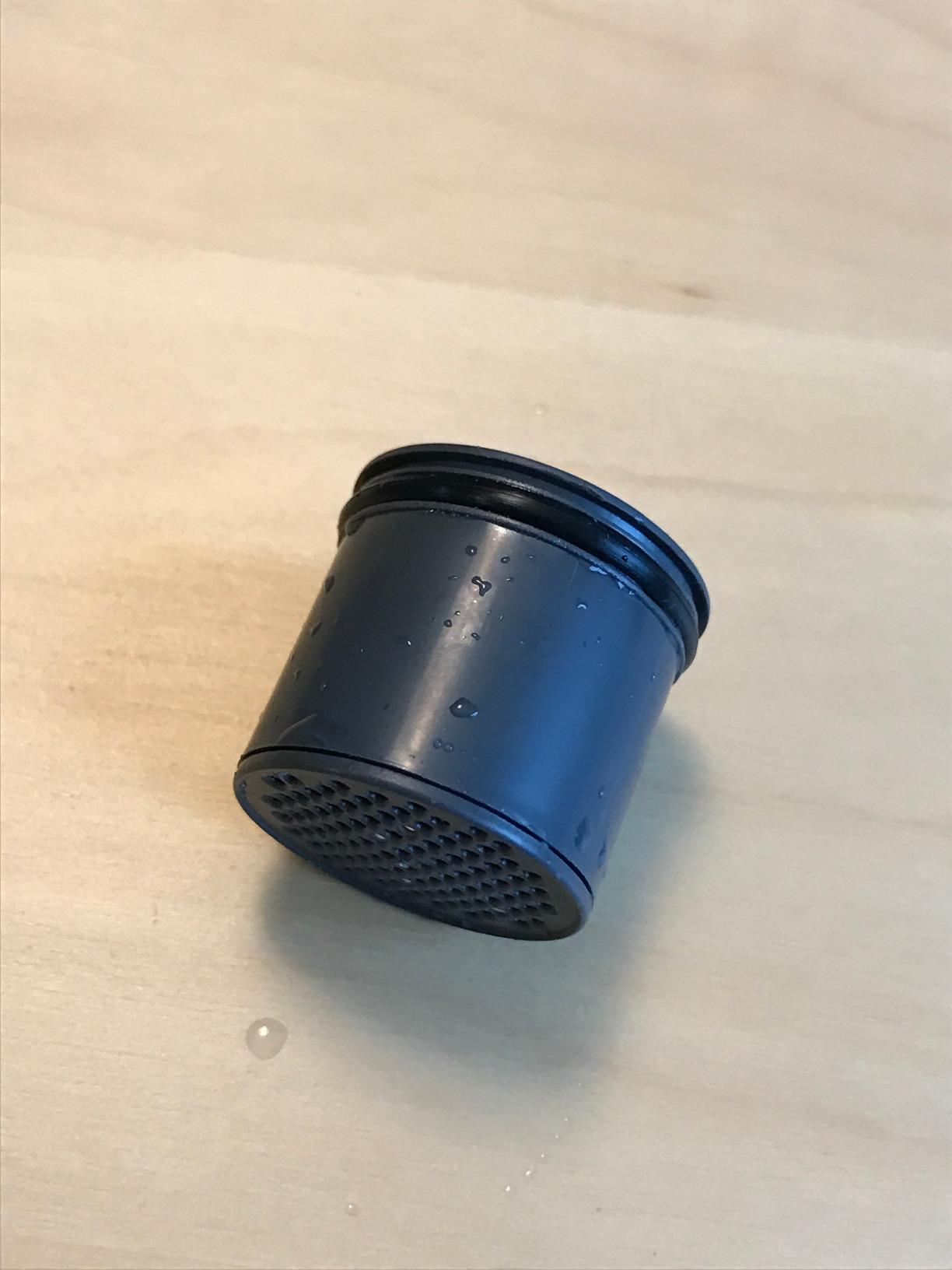 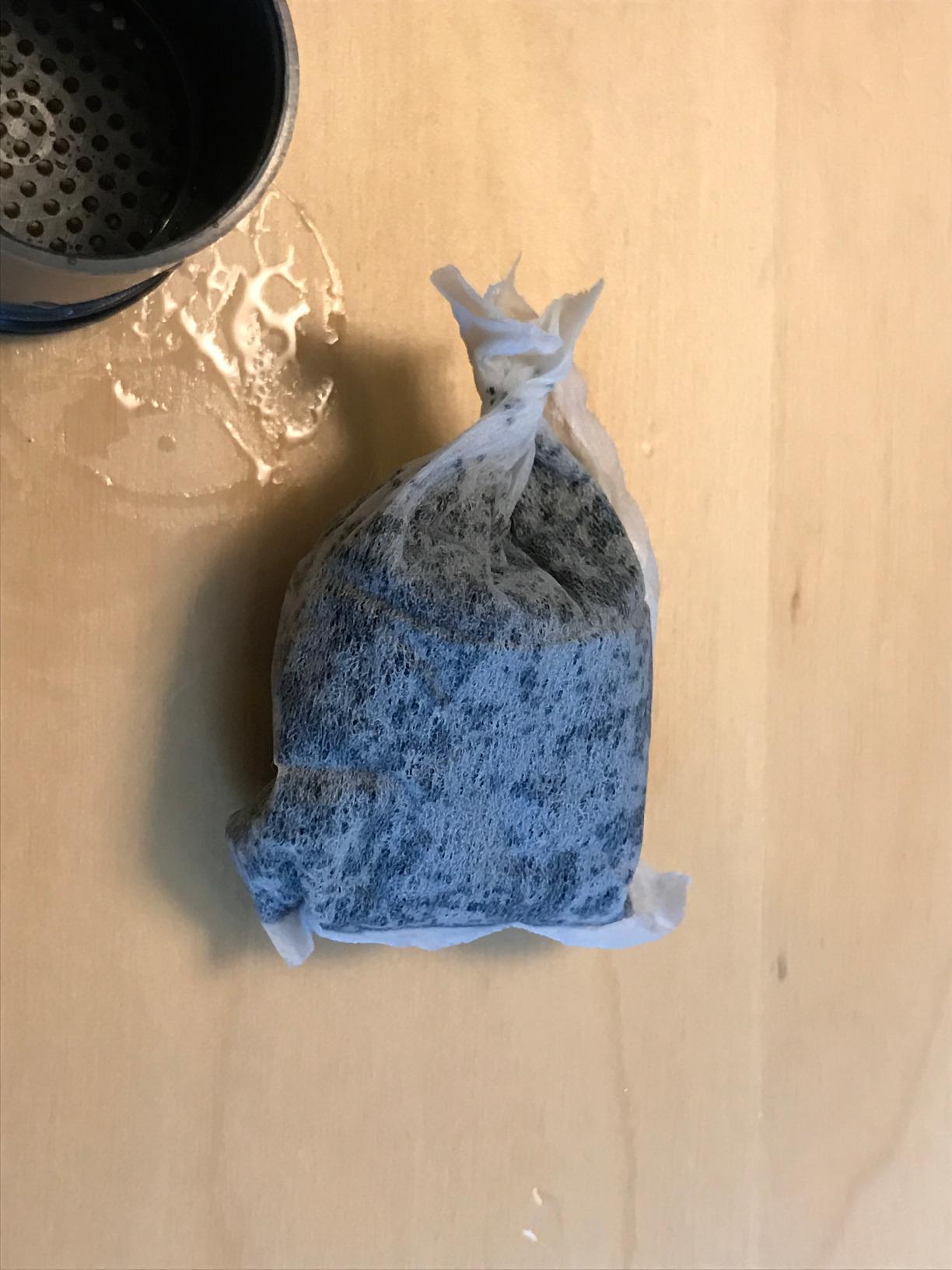 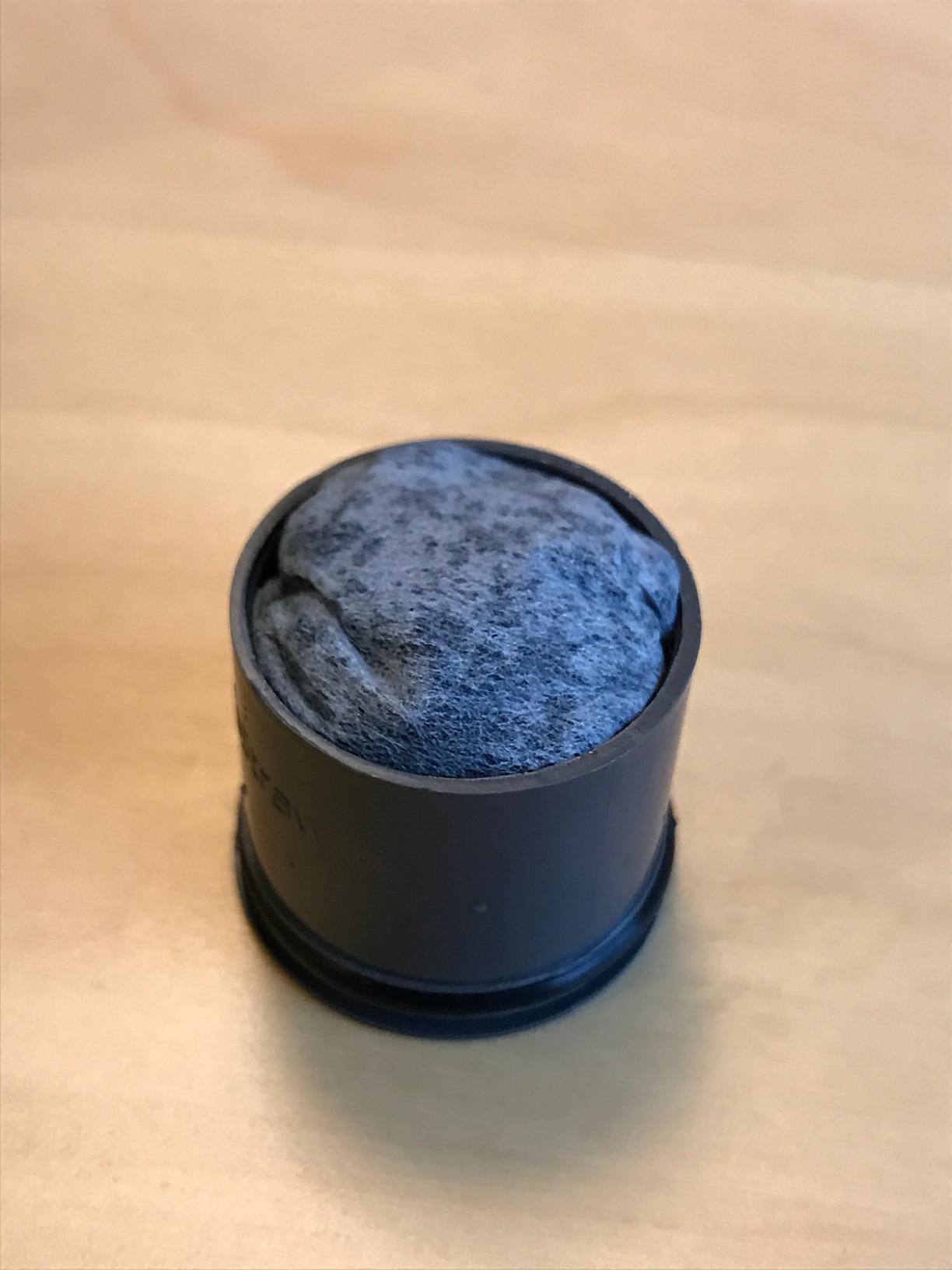 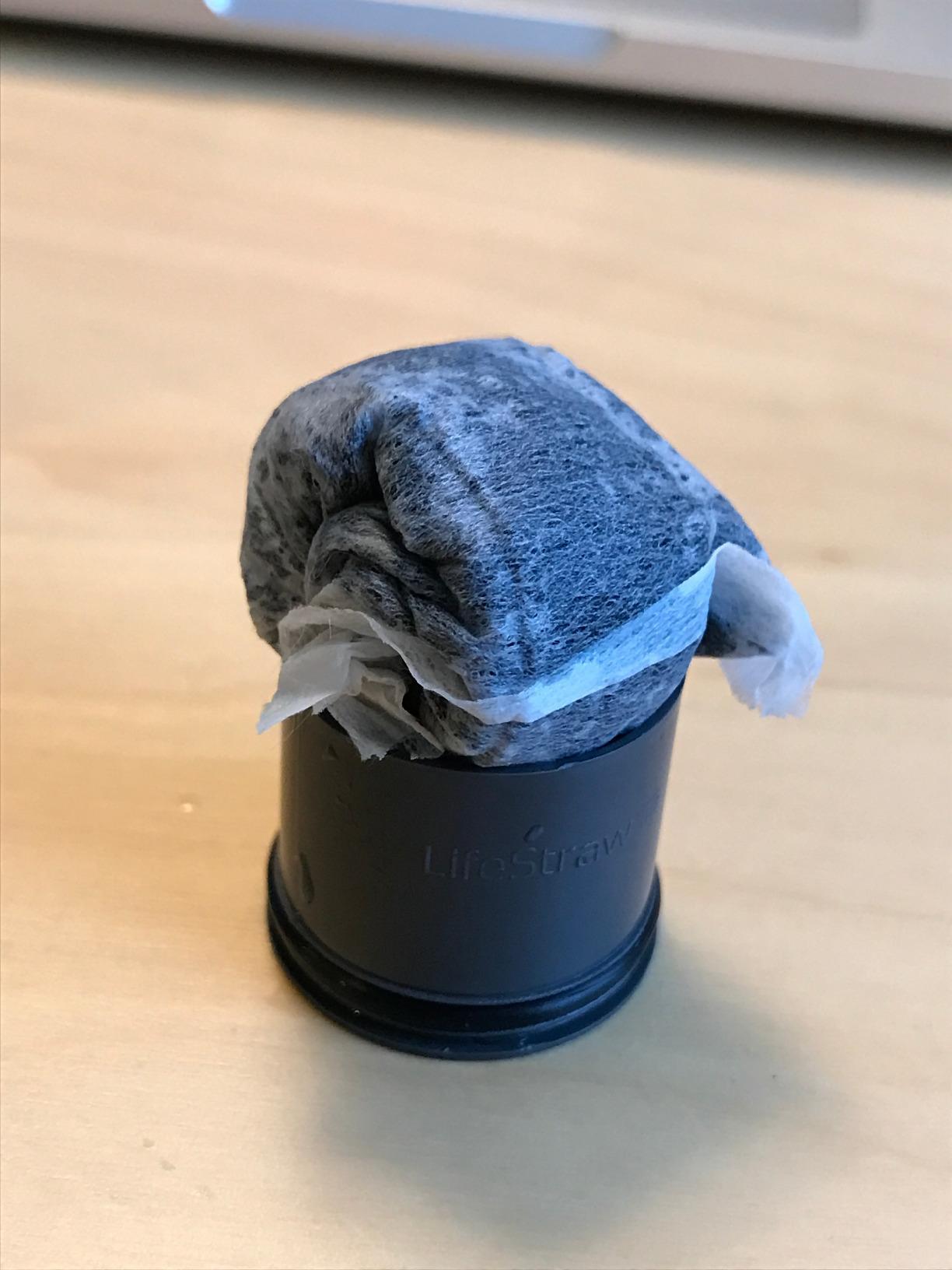 Is this helpful?
dk
working great for over a year now. used on multiple trips to hawaii and australia and new zealand. especially good on long hikes with lots of water access. I used this instead of filling my bladder and having to carry several quarts of water in my pack which was already heavy. Need to make sure that there is enough water access along the way though cause it only holds 650ml and you do have to suck on it pretty decent .BIG CAUTION: ONLY TAKE IT ON THE PLANE EMPTY, any kind of water in it is driven up the filter and out the spout. i had the bottle sitting next to me on one flight and didnt notice and within less than a minute my butt was completely soaked, super embarassing. this wasnt even full and i couldnt stop the flow of it until i took it in the bathroom and dumped it out i'm sure it had to do with the pressure change but just a word of caution anyways.
Is this helpful?
Amazon Customer
LifeStraw is terrific! I traveled to India for two weeks and didn't get Delhi Belly.
Is this helpful?
Nunki74d
I used this product when i was in a mission trip in one of the most remote part of Amazon... Eventhough, I have an access to a fresh water, amazon river is really murky and dirty. Thanks to it, i didn't die of dehydration and hopefully didn't get anything bad from the river. Probably, in 2 weeks i'll give an update when i get myself tested anything that water bourne and i'm hoping that everything will be good. 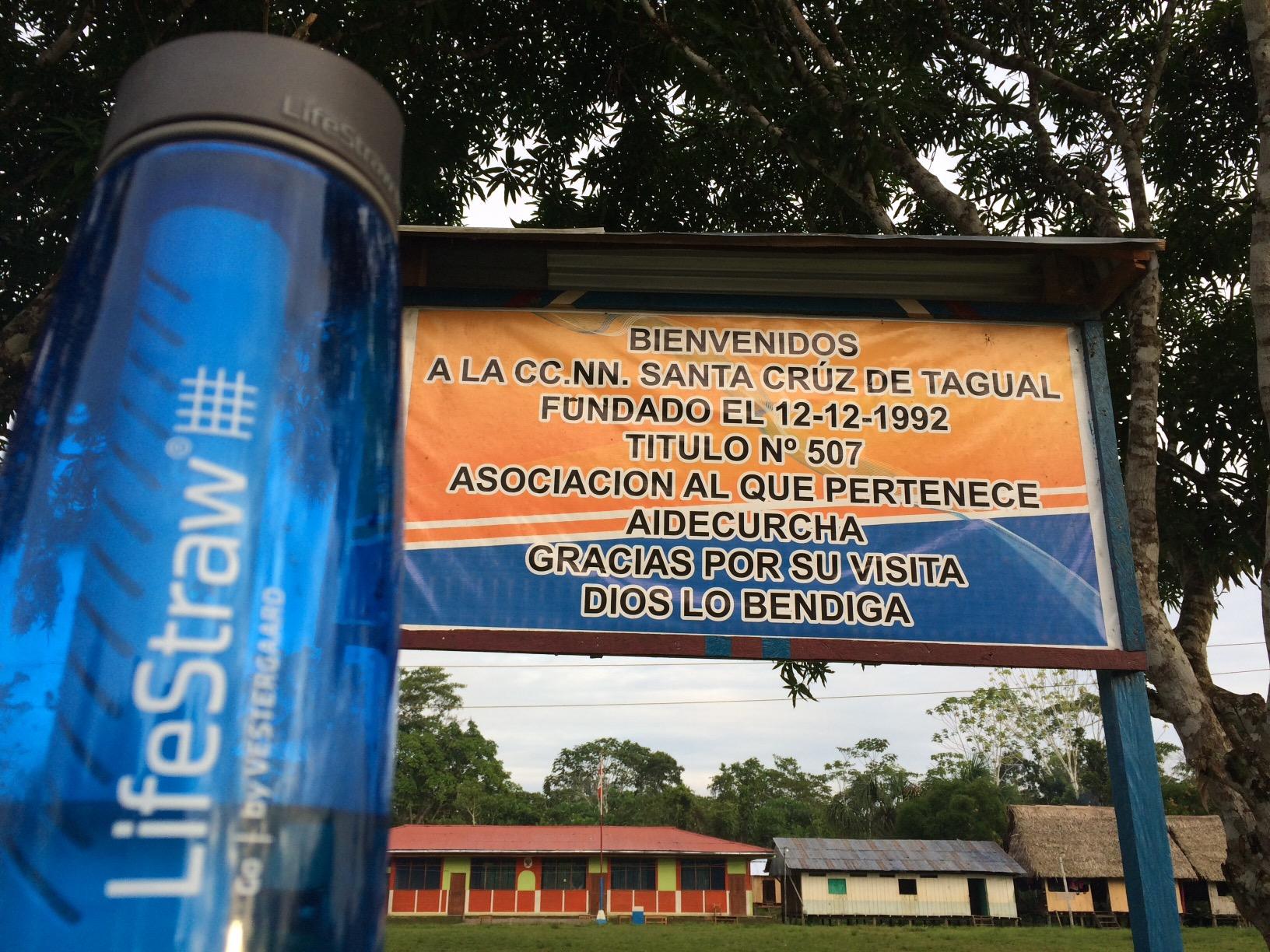 Is this helpful?
C. ROMERO
So, we've bought two water bottle. It all work great and water tastes good no matter from which source we took the water from. We took both water bottles to a 10-day trekking trip inside a Central America's humid forest and both of them worked well. We did use them extensively, the whole day, during those 10 days of camping and trekking and we had no issues.Only problem that we've found is that one of our bottles has an small leak on the base of the straw, but it was not a big issue. Although, we might return this bottle in exchange for a new one.Other than that, we like these bottles and they do filter the water without any problems and it is not difficult to drink from, even though you are pulling the water through a filter.It also save us a great amount of money as we did stop through several hotels and we were able to filter the water taken directly from the faucet (tap water). 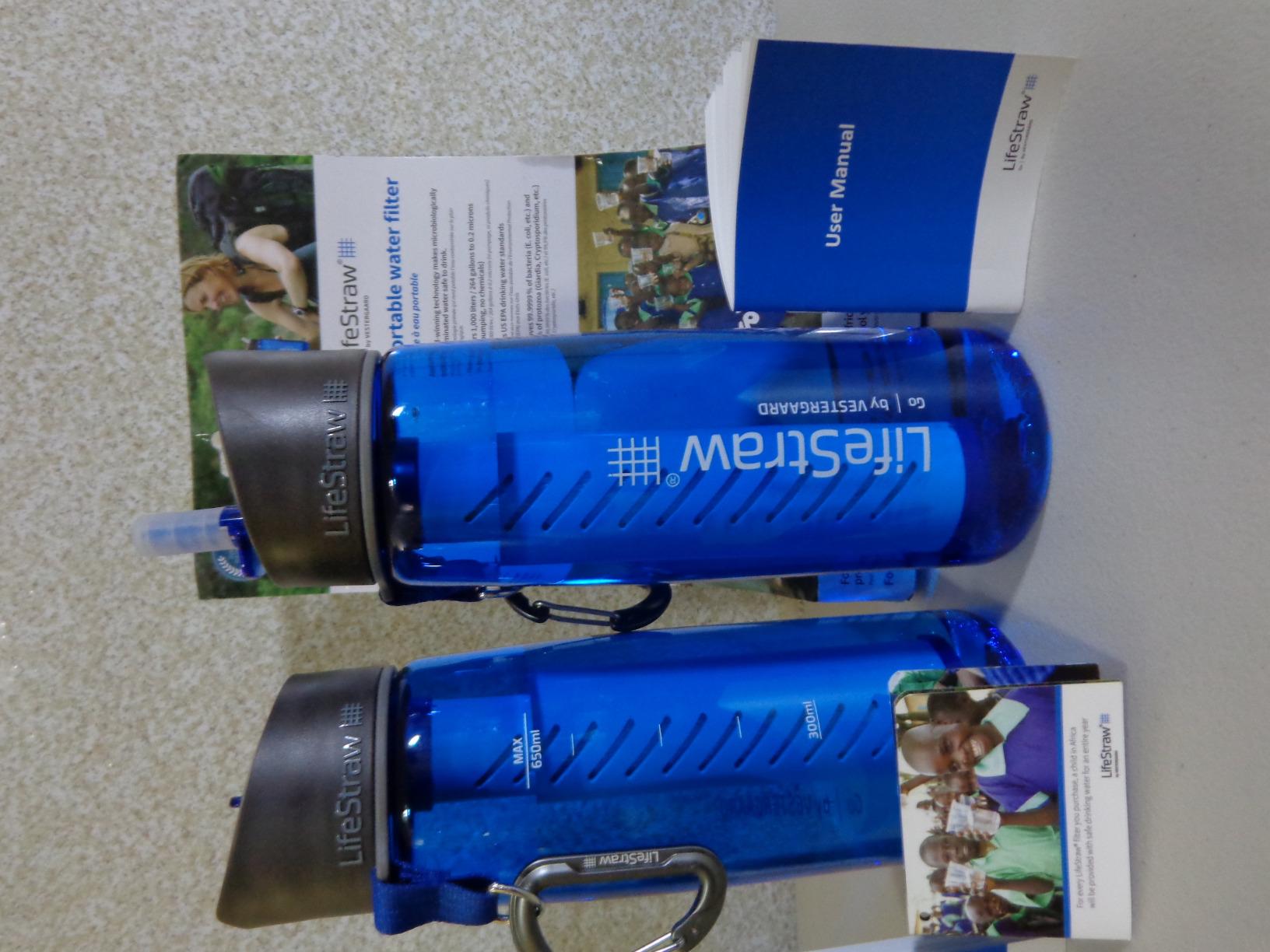 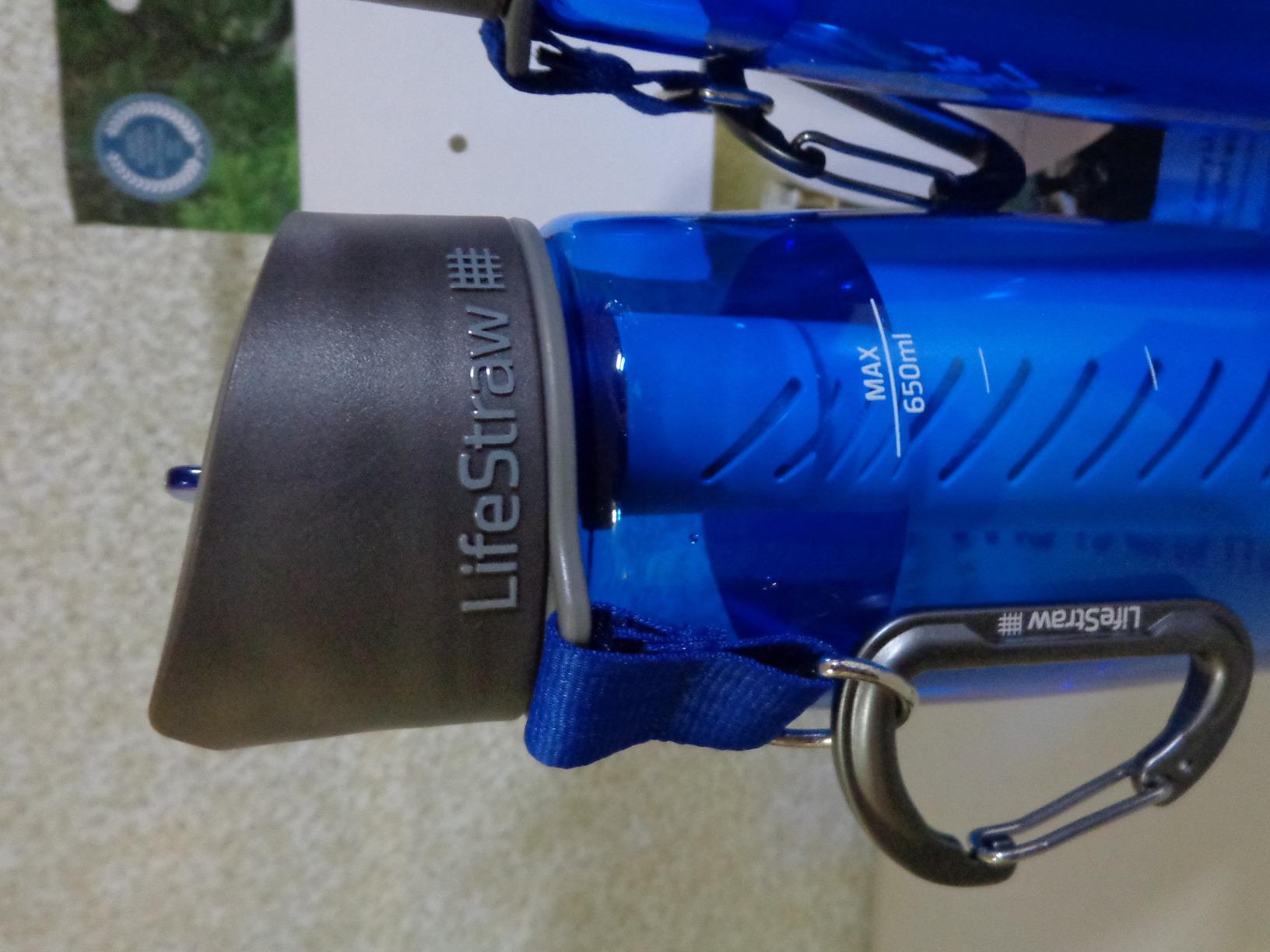 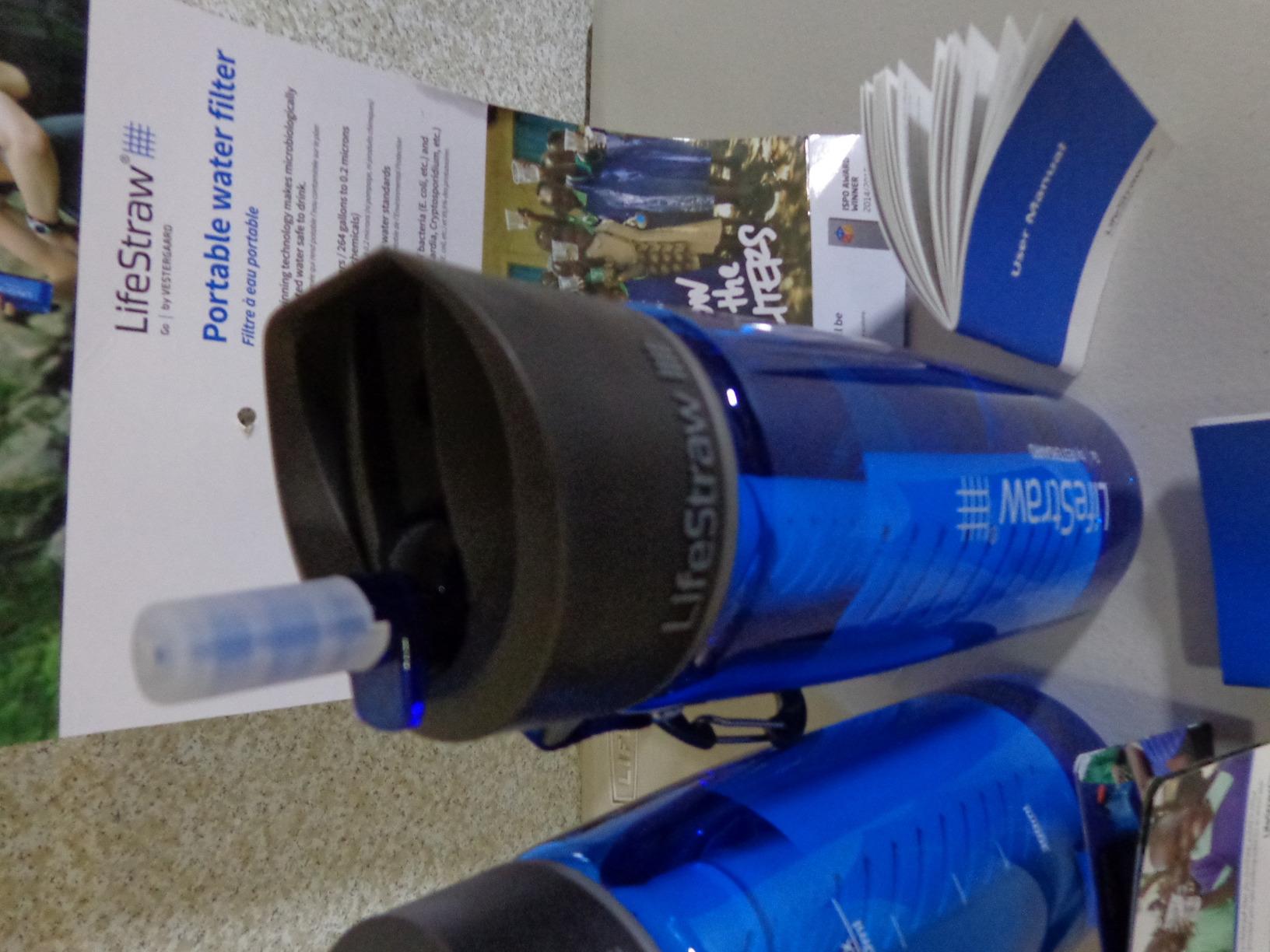 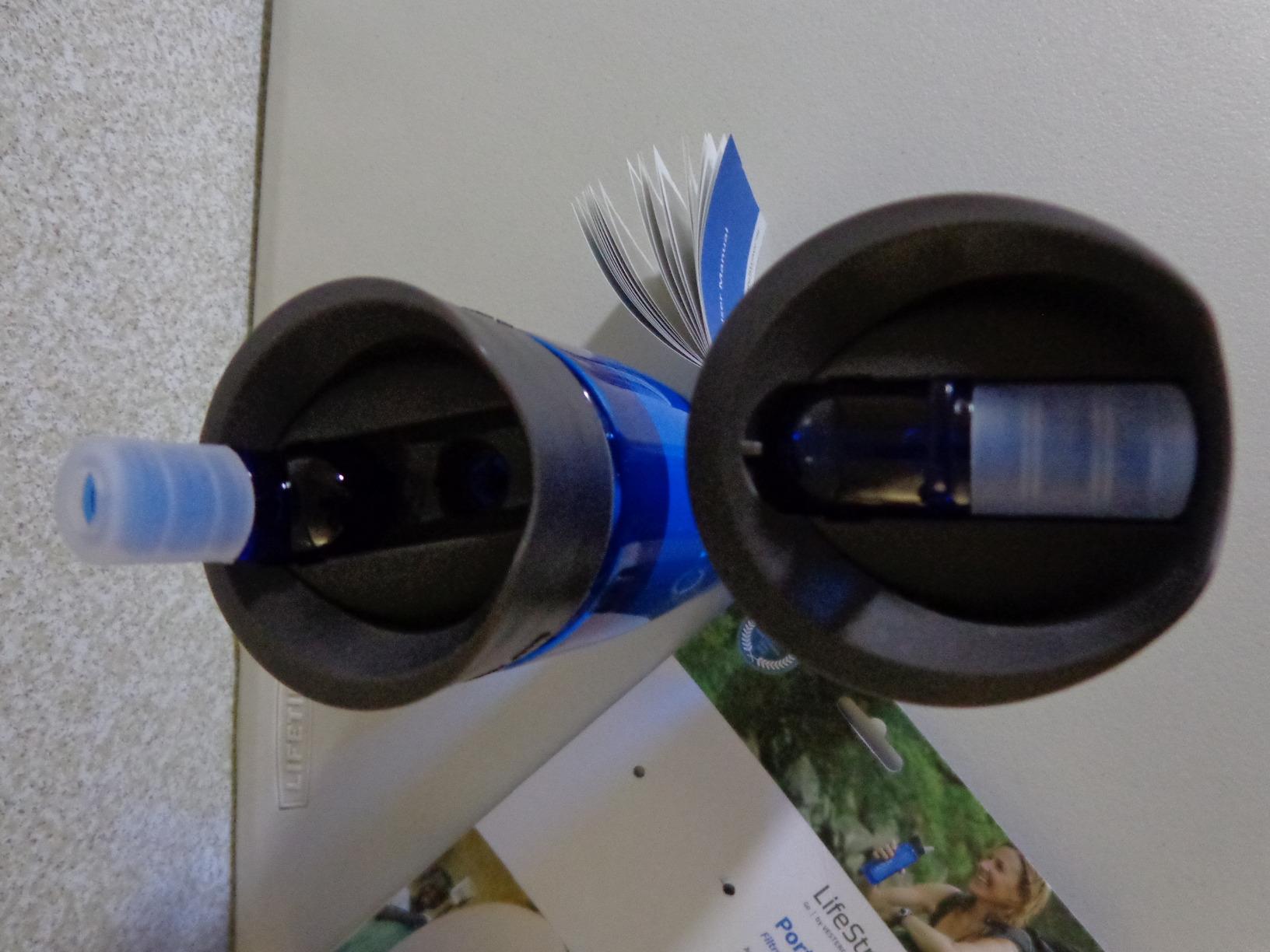 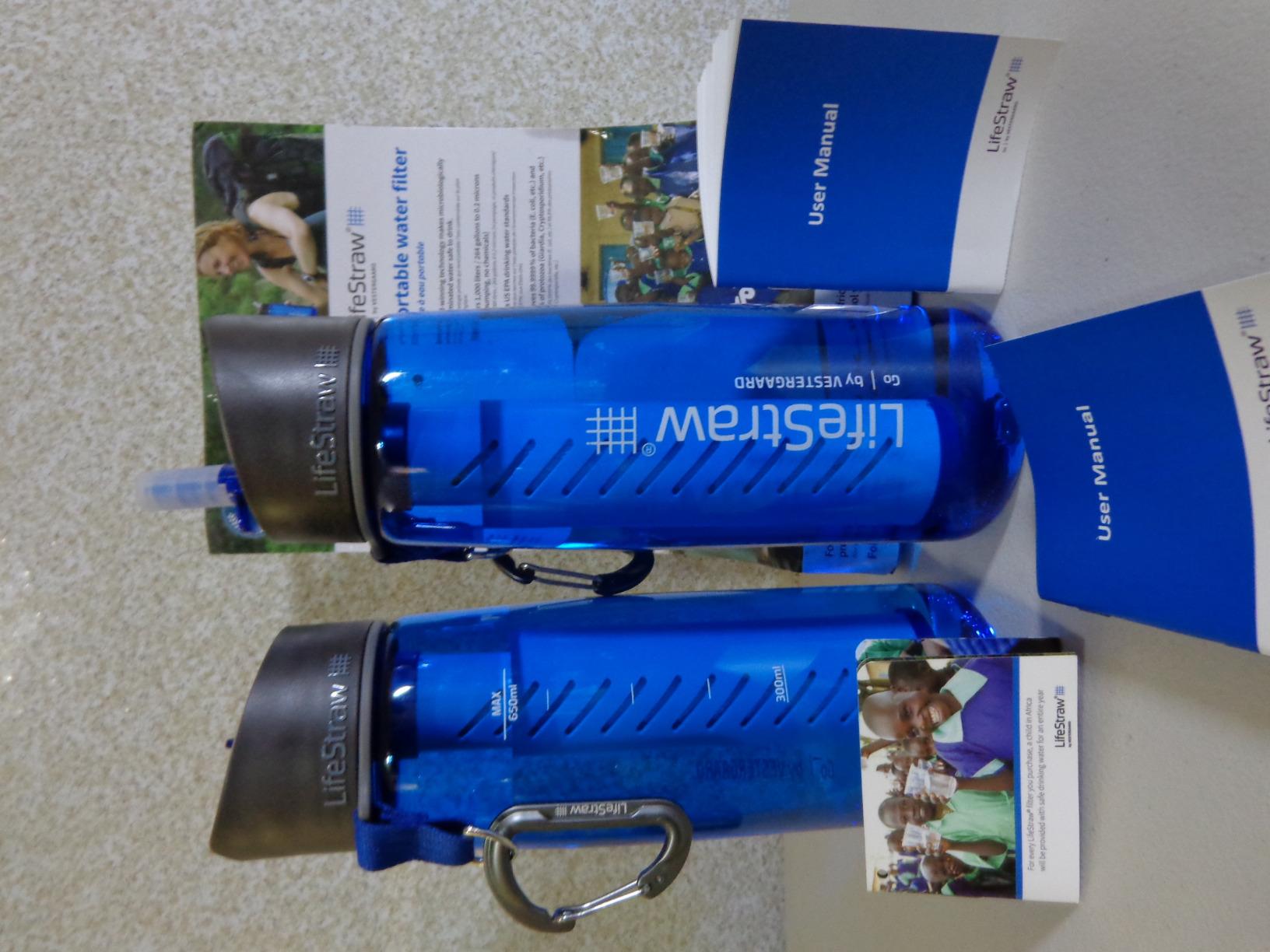 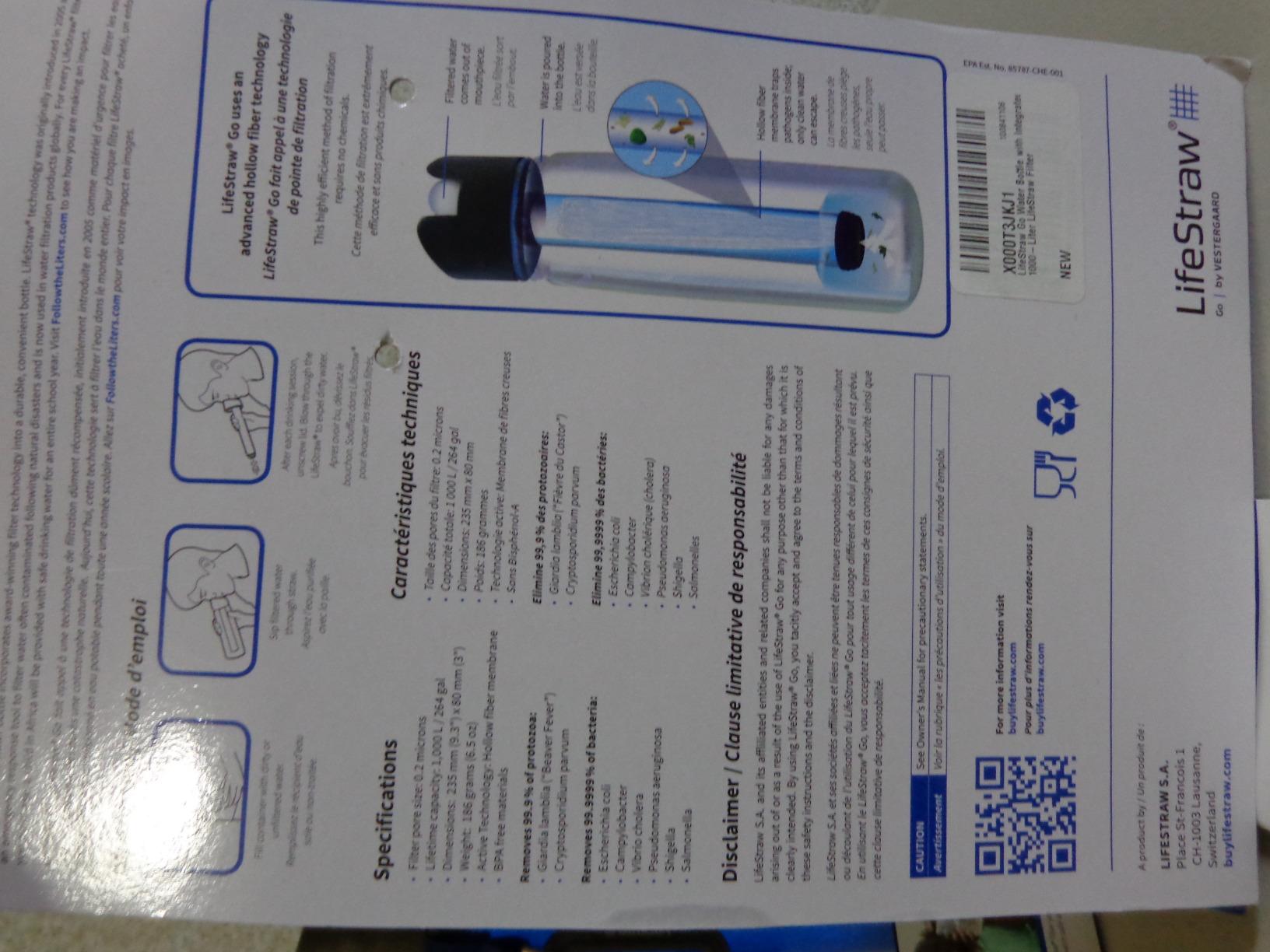 Is this helpful?
John F
I looked around the internet for a while for a viable way to purify water. I actually tested two different brands of water purification tablets. Although they would work in a pinch, they were both absolutely disgusting. The next thing I tried was a Katadyn water filter pump. It was expensive, added more weight to my pack than I would have liked and way too time consuming to set up and pump for it to be practical for a day hike. I randomly stumbled across the LifeStraw Go Water Bottle on Amazon and decided to pick one up .After using the Go Water Bottle on the trail for 3 hikes, I was in love. Simply put, the LifeStraw Go Water Bottle is easily one of the best hiking accessories I’ve ever used. It’s essentially a BPA free water bottle with a built-in water filter for a straw. You can literally scoop water from the stream into the bottle and drink it directly through the straw without waiting. The water has absolutely zero bad aftertaste as far as I can tell. The manufacturer claims it should filter 264 gallons of water before the filter needs to be replaced and should filter out 99.9999 percent of bacteria and 99.9 percent of parasites. However, they do recommend using a water purification tablet anywhere where human sewage might be present because it will not filter out viruses.The Lifestraw Go Water Bottle retails for $30, which is about 1/3 of what I spent on my Katadyn water filter. The Go Water Bottle also weighed less, 8 ounces vs 11 ounces and that’s not including the fact that you still need to carry a bottle when you’re using the Katadyn filter.You can attach the Go Water Bottle to your bag using the included carabiner, or just shove it into a side pocket like any other water bottle. I plan on ordering an extra one to keep in the car in case I ever break down and need fresh water. This would make a great addition to your emergency kit at home in case of some type of water emergency. As a resident of Southern California in the middle of a 4 year drought, it couldn’t hurt to have one of these at home just in case.5/5 Exactly as advertised, exactly what I've been looking for 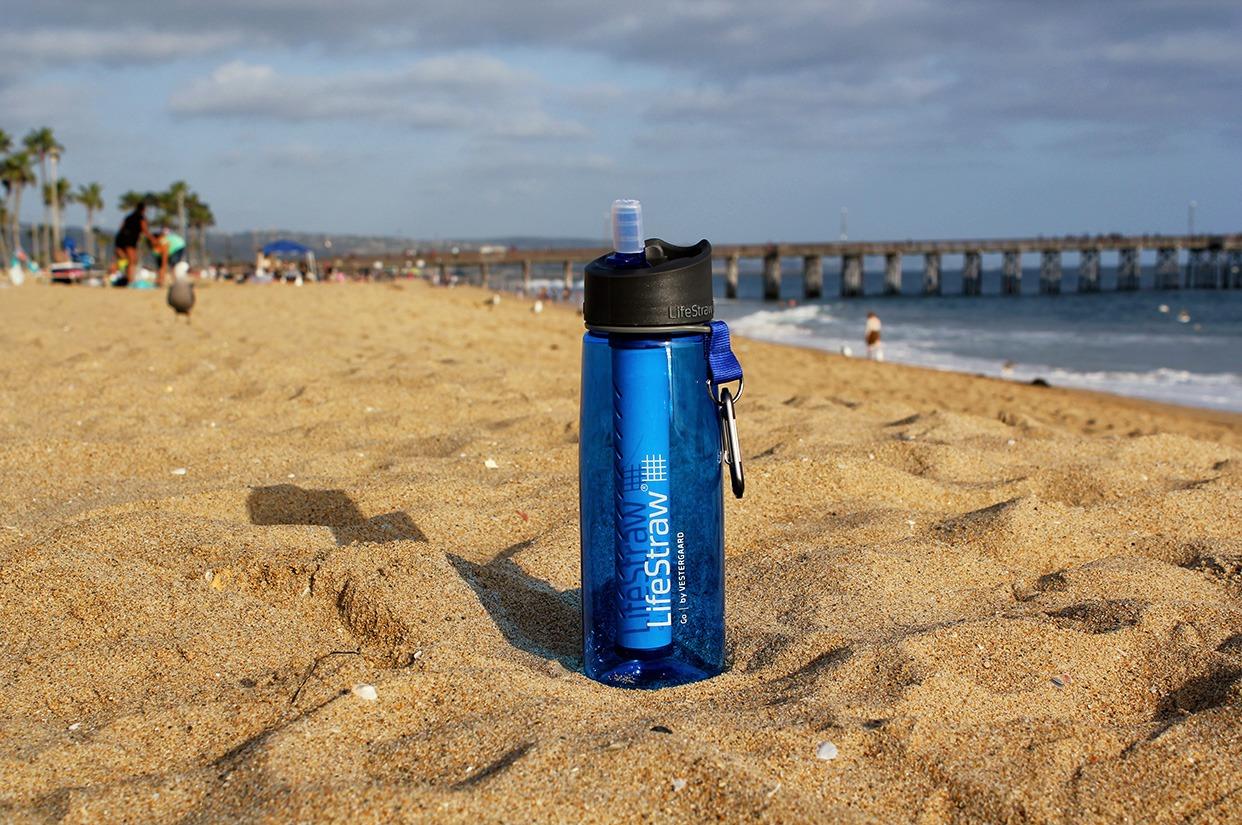 Is this helpful?
Jersey Beach Boy
Just received my bottle for a trip to Brazil in April and my main purpose for the bottle is to filter the tap water there.I love the design of the bottle and it's simplicity but like some other Reviewer's made mention, my bottle aslo has a very strong chemical taste like you are drinking from a brand new vinyl garden hose (was using tap water) and that taste was not going away even after several refills (felt like I was poisoning myself with that chemical taste). It's not the bottle but the filter that is producing the strong chemical taste. The bottle holds 650ml of water (about 20 ounces) and there are measurement marks on the side of the bottle. I decided to try putting 200ml of white vinegar in the bottle and filling the remainder with water and inserting the filter (which is attached to the cap) into the solution and let is sit for a few hours. The result was that about 90% of the chemical taste had disipated. I also try adding Mio flavored water enhancer to the water which greatly improved the taste until the reaming 10% of the chemical taste is gone. Also note that though the filter will remove micro organisms, it does not state anywhere that it will remove chemicals from the water such as fluoride, chlorine and other contaminants.Overall, a good design and hoping it's works as good as other Reviewers state.UPDATE 06/15: Did buy 3 more bottles for family members and none of those bottles had the chemical taste. These did work great when we traveling in Brazil using regular tap water, water tasted good with no illnesses.
Is this helpful?