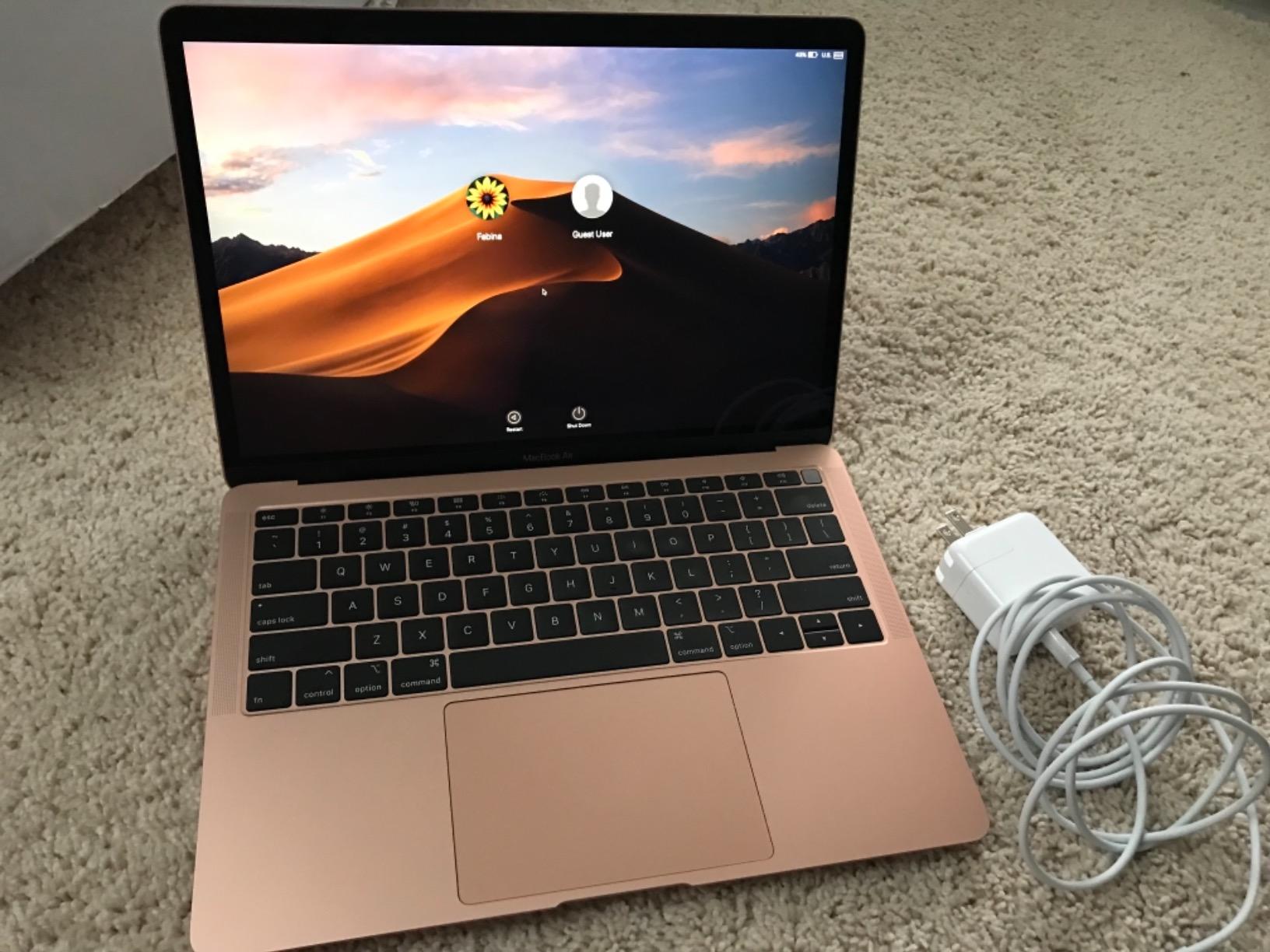 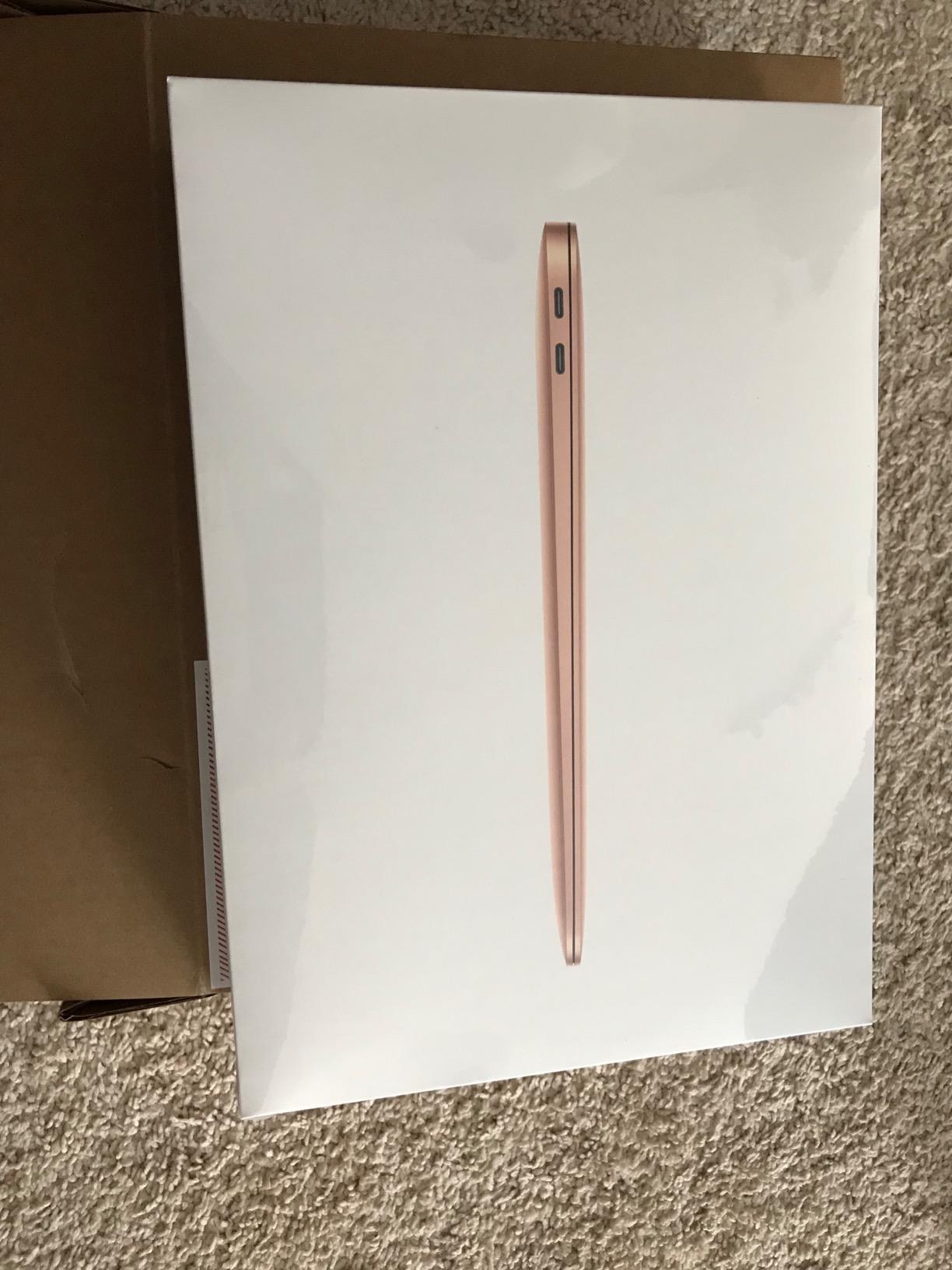 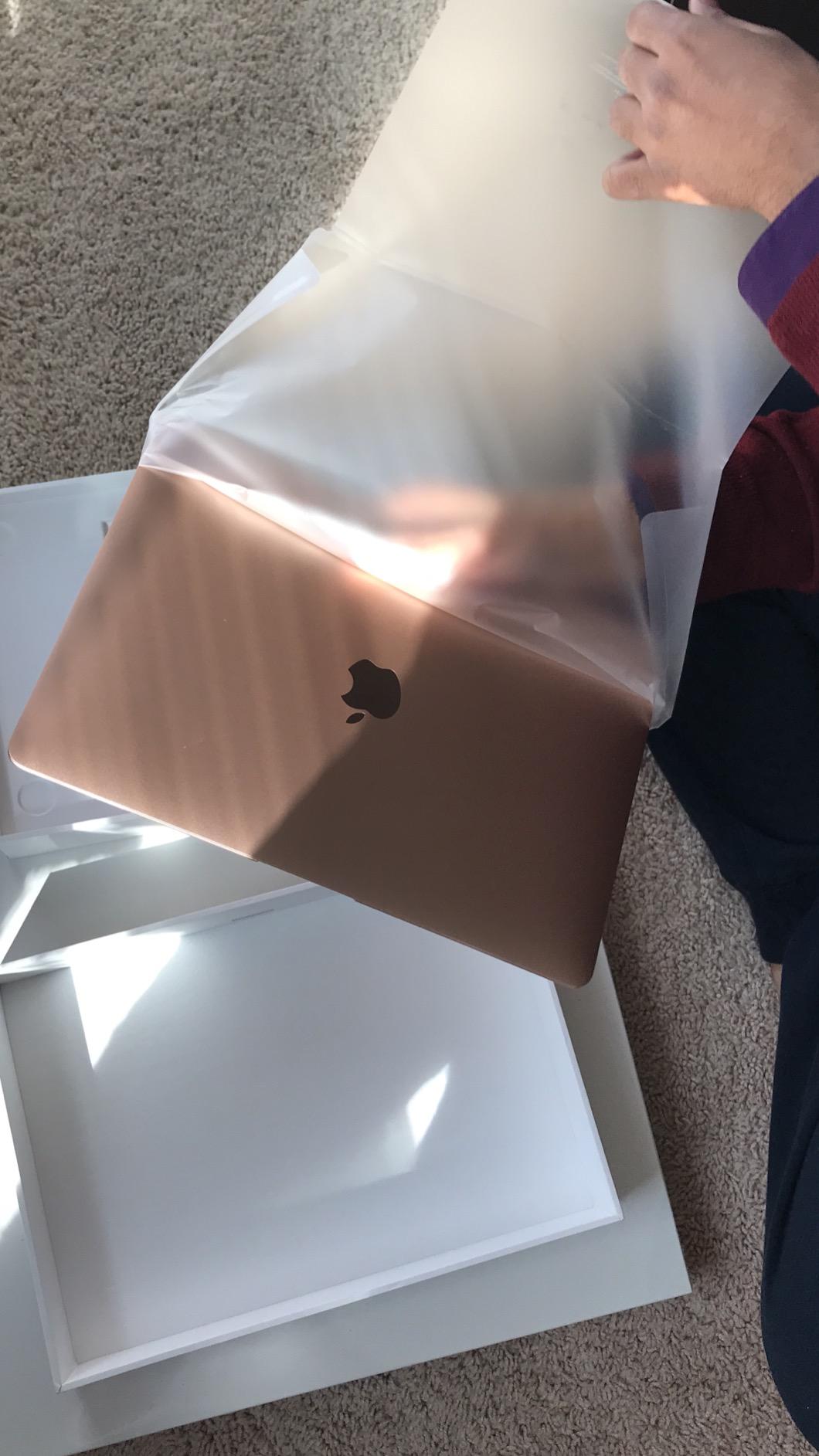 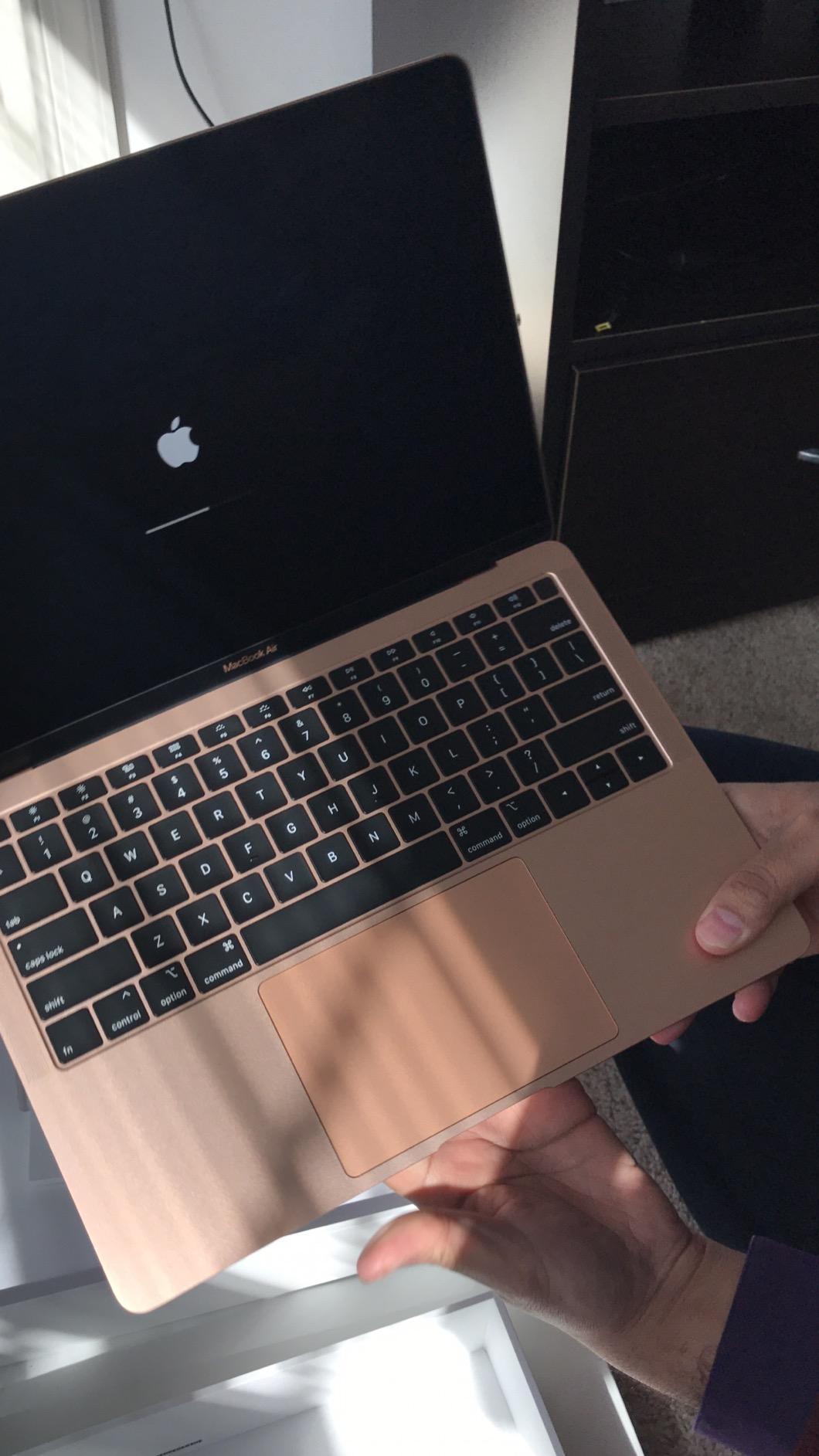 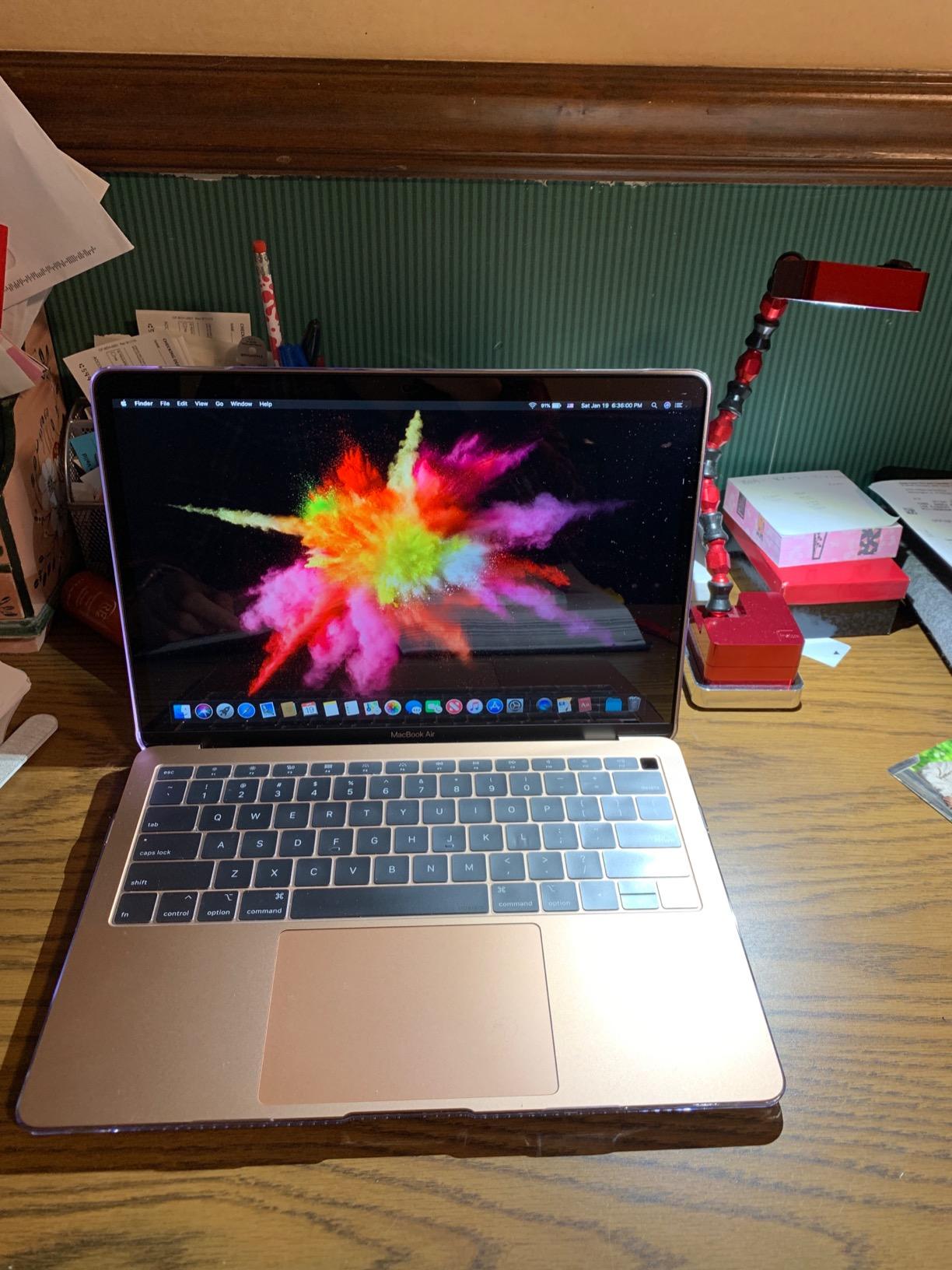 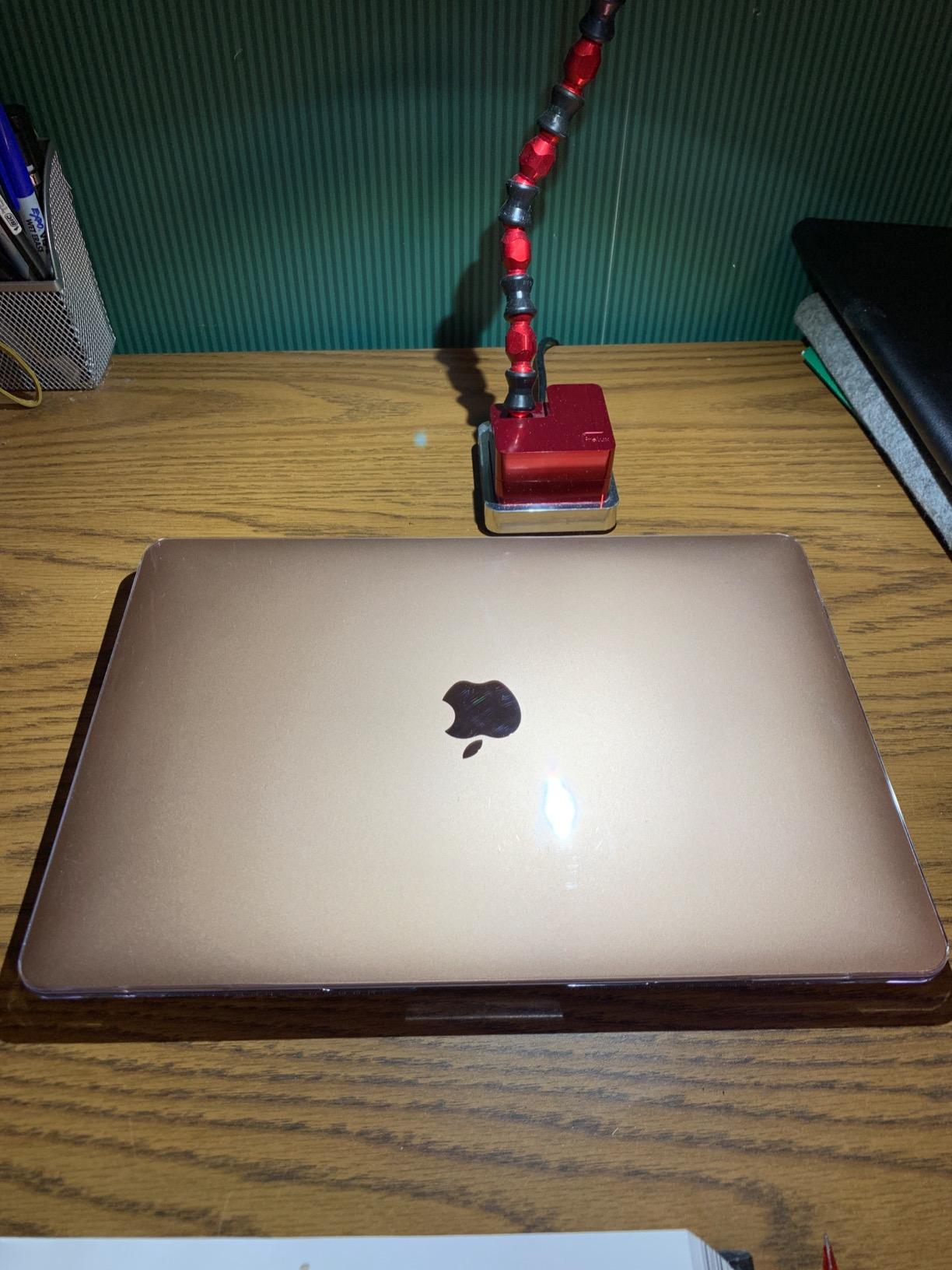 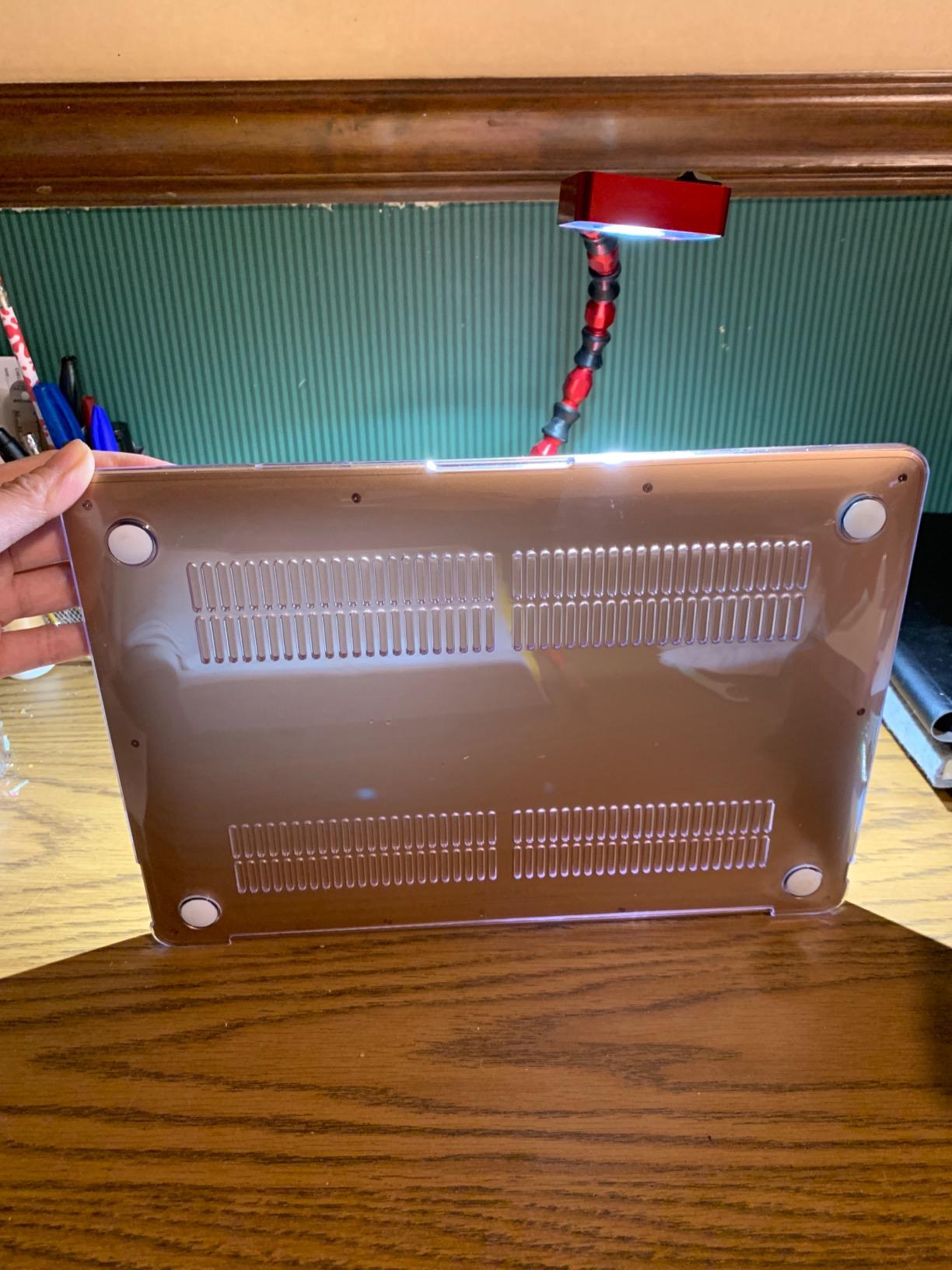 Is this helpful?
Triggerhappy
I finally bought a MacBook. I just prefer the aesthetic, the minimalist-ness of it, its fast to boot, its silent, its lightweight... though I expected it to be lighter. Its easy to travel with, which is why Bought it over the Pro. No problems thus far. Maybe the lighting could be a bit higher. Otherwise its fast and the best for travelers. Love the keyboard, I can type pretty fast with it.
Is this helpful?
Islander
After twenty five years of struggling with PCs I finally decided to go over to the dark side. After all these years of down loads, upgrades, slow downs, anti virus, viruses and having to wait sometimes up to an hour to use my computer every time I turned it on. I finally had enough and brought a MacBook Air and all I can say is it is great....After four months of daily use I have to say it is lighting fast, lightweight, beautiful to look at and most important very reliable....
Is this helpful?
Joseph
The 2018 Macbook Air isn't a "game changer" like it once was, but it is still a damn good laptop.TL:DR: The Macbook Air has a great screen, best in class battery life and trackpad, a good keyboard imo, and more than enough power to accomplish everything you want to do EXCEPT play graphically intense games or edit 4K video. The screen upgrade is worth the extra $200 to upgrade from the older Macbook Air, if only for your eye health alone. If you value battery life, then get the Macbook Air over the 2017 entry level Macbook Pro.The best upgrade in the 2018 Macbook Air is hands down the new screen. The previous models of the Macbook air used a TN panel with a relatively low pixel density. By today's standards, it is pretty well unusable (even though Apple still sells it for nearly $1,000 dollars.) In the 2018 edition of the Macbook Air we FINALLY get Apple's Retina display, after about 7 years since it debuted on the Macbook Pro lines. The display has a 2560 x 16000 pixel screen, which yields a pixel density of 227 ppi. In practical terms, that means the 2018 Macbook Air screen is not even comparable to the screen on older models of the Macbook Air. It is worth every cent of the extra $200 retail to upgrade to the new Macbook Air. Take mercy on your eyes, don't subject them to that horrid TN panel on the older Macbook Air. I type all day and this screen causes me to have considerably less eye fatigue. Seriously, if for no other reason but the health of your eyes, do not go with the old Macbook Air.The second best thing, and most important thing for me, is battery life. I commute and am always on the go. I get 7-10 hours of regular use, including using Chrome as a web browser, not just Safari. That is pretty much the best laptop battery life you can get in any laptop on the Market right now. It beats the best real world use I remember getting on my Macbook Pro by about 3-4 hours. Plus, the welcome addition of USB-C ports means you have considerably more options to charge the laptop. Due to the low watt processor, you can even charge the laptop with cordless power bank. This is the reason I ultimently decided to go with the 2018 Air over the 2017 Macbook Pro 13" without touch-bar.The biggest surprise to me was the keyboard. I have used some of the previous models with Apple's butterfly switches and was not a fan. This 3rd generation of the Butterfly switches, which Apple claims is its most durable yet, actually feels really good to me. If you have every used the external Apple Macbook Keyboard, it feels a lot like that keyboard. The travel is not great, but it is enough. The keys are big and easy to strike. Overall, I was most worried that I would hate this keyboard, but I actually.... really like the keyboard. A lot.The biggest drawback to the Macbook Air is the raw power of the machine. To get the great battery life, Apple had to use a 7 watt intel chip, as opposed to the 15 watt intel chips in the updated Macbook Pros. I haven't, however, had a single issue with performance with my workload. I have had up to a dozen chrome tabs open, Microsoft word, and played Youtube 4K videos without any noticeable lag. I have even found editing photos in Pixelmator to be snappy and responsive. The areas I have noticed slowdown is with editing 4K video even in Final Cut. I don't do much video editing on a laptop because I like myself, so it isn't really an issue with to me. Also, like most Mac users I don't play video games on a mac laptop so that is not an issue to me either. It should be noted, however, that both USB-C ports are Thunderbolt 3 compatible so it is in theory possible to plug in an external gpu and 4K monitor and transform this laptop into a sufficent 4K video editing rig.Overall, I loved the Macbook Air when it came out but that terrible TN panel just became an issue to me as I became older and my eyes became more tiered. For that reason I had moved away from a Macbook Air to the Macbook Pro, even though I find the Macbook Pro battery life to be kind of crappy. I am happy that the Macbook Air finally has an upgraded screen, so I can get the benefits of that amazing battery life without destroying my eyes. I would recommend this laptop to anyone who likes Macs, and doesn't want to play graphically intense games or edit 4K video. 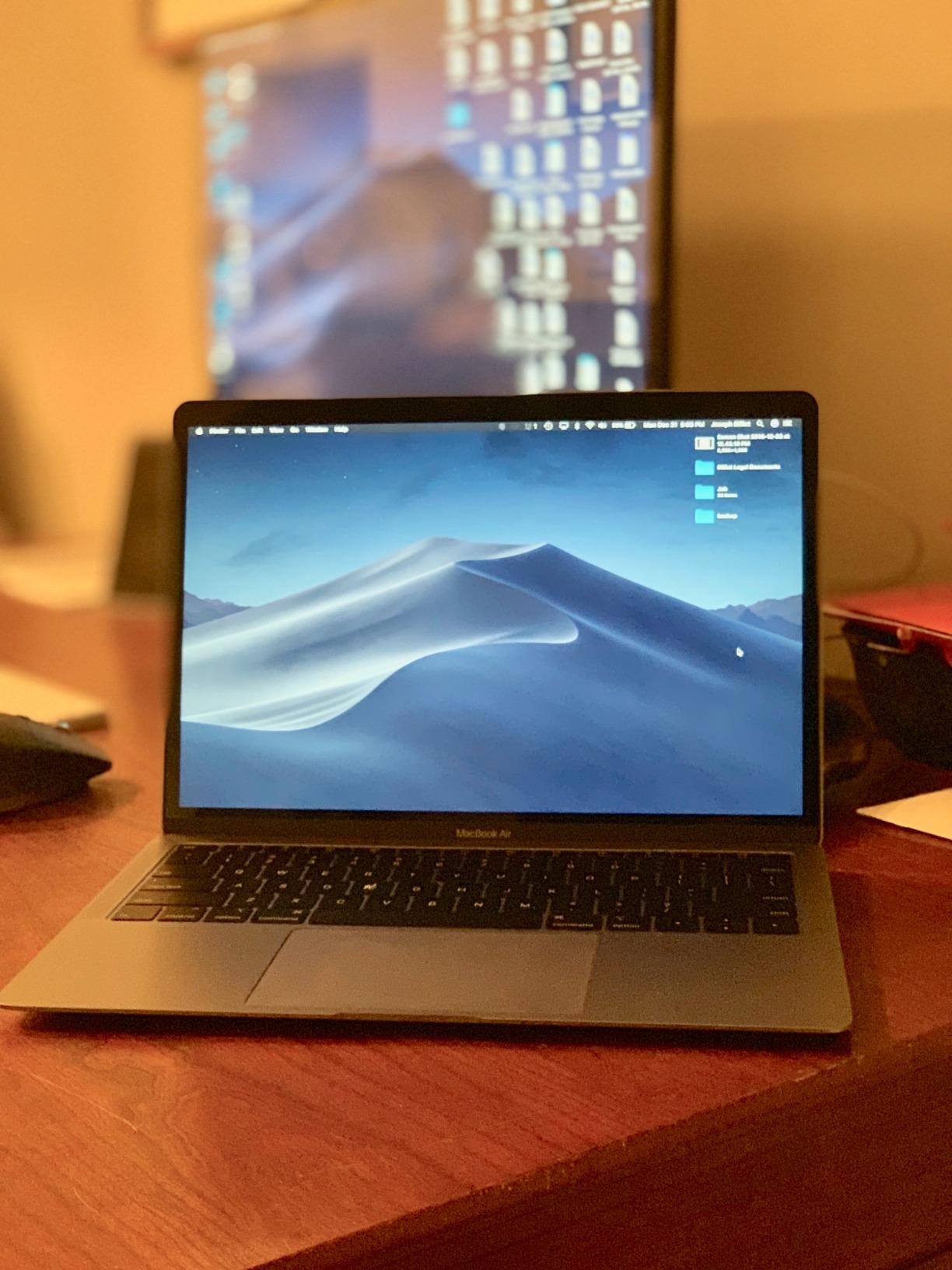 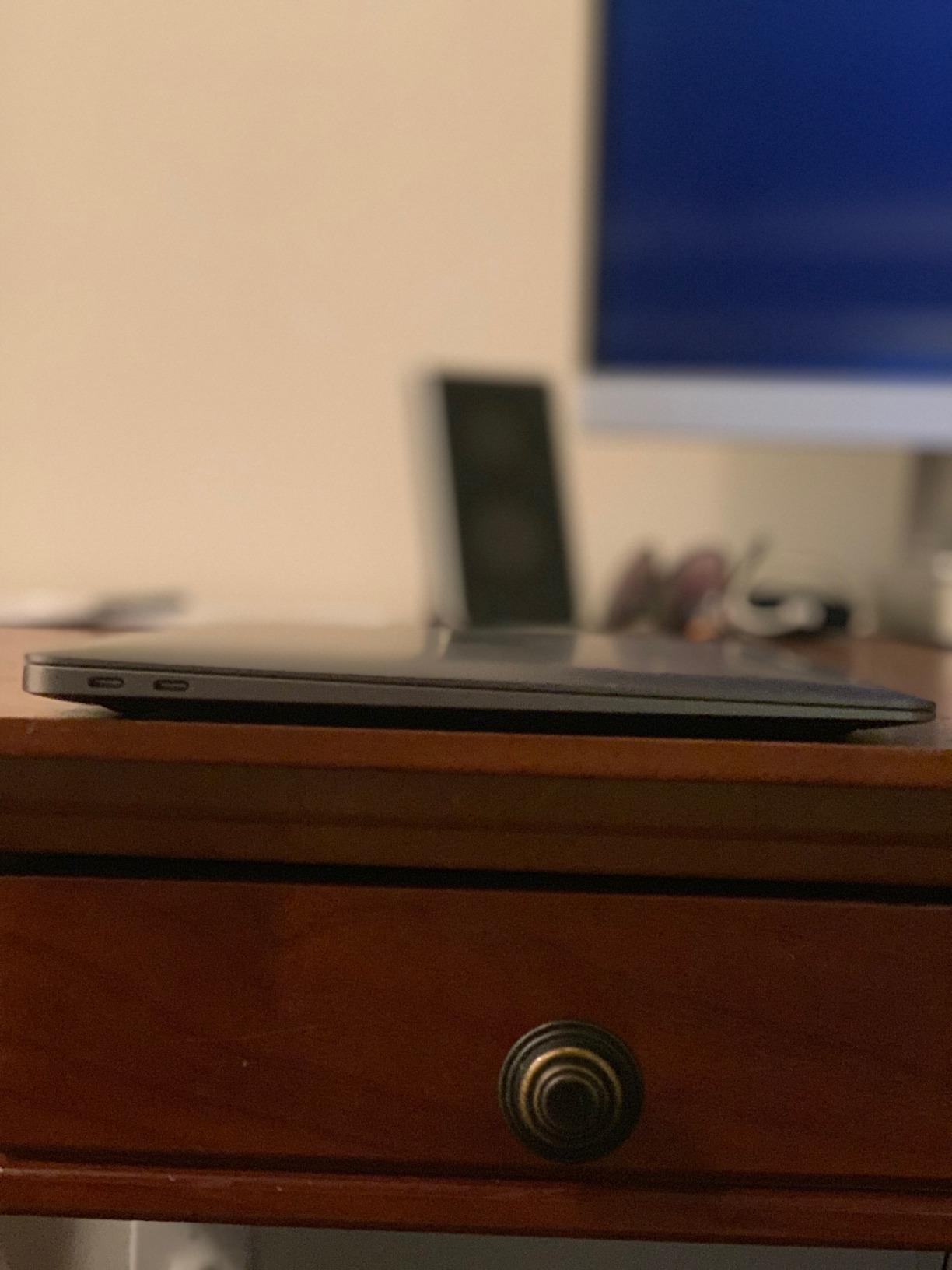 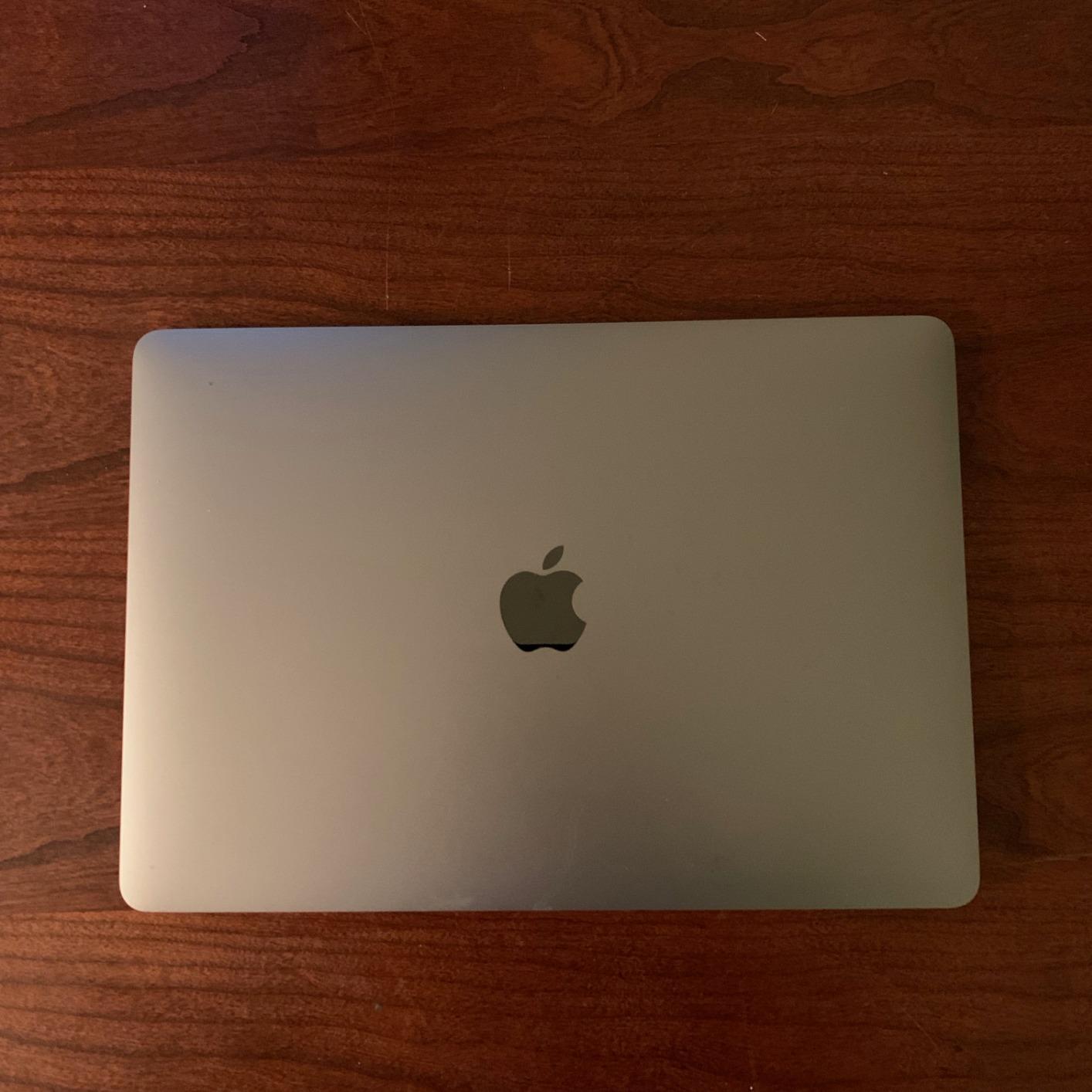 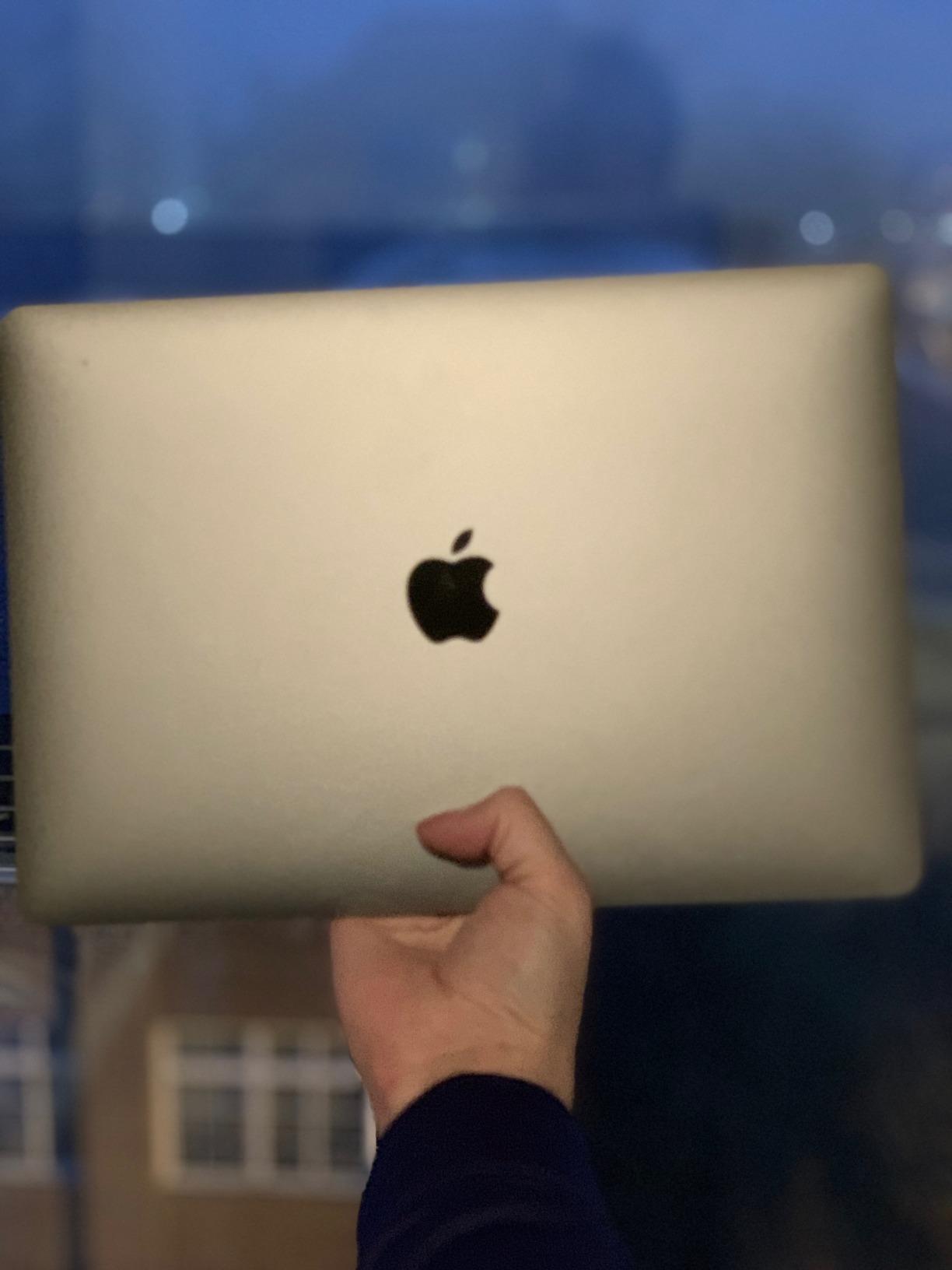