Details: QualityPet is proud to introduce Paw Nectar, a holistic, natural, and organic paw wax balm salve that protects and heals chapped, cracked, and damaged paws. Paw Nectar is 100% ORGANIC and made with NATURAL INGREDIENTS that soothe and heal your dog's paws. Paw Nectar's proprietary balm formula is proven to quickly and painlessly cure a range of issues with dog paws and skin including dry, cracked, chaffed, chapped, and damaged paws. Other formulations don't contain the most important ingredients for preventing curing paw problems, so don't be fooled, Paw Nectar is the REAL DEAL! So don't wait, buy Paw Nectar today! Our 100% satisfaction guaranteed policy means that you have nothing to lose and everything to gain! We'll refund you 100% of the cost if you aren't 100% satisfied!

Thanks for your review! it will be published soon. Thank you! your review was submitted
TuBob Shakur
I bought this product for our puppy, who'd developed some seemingly painful cracks on the pads of her paws. The product itself worked as advertised, and I much prefer the waxy product to the liquid alternatives that are on the market.That said, it wasn't optimally easy to apply the product from the tin to my puppy's paws. When I'd dab my puppy's paws into the tin, the product would get applied to areas of the paw that didn't need it. At a minimum, it wasted some of the product; it also annoyed our pup a bit when the product would get applied to the fur on her paws between the pads. So, I wound up rubbing my fingers in the product and applying it where the puppy needed it -- which was ultimately fine, but a little messy. I wonder why they don't use packaging that would make it easier to apply the product -- such as something akin to human deodorant stick packaging. That would make it really easy and convenient.
Is this helpful?
Aaron Curtis Hanchey
I apply this after my dogs get their baths and they know what it is. They LOVE it. It's so soft and hydrating to their paws. They do lick their paws after application, normal dog behavior, and there is no adverse reaction, diarrhea or problems. Right after application this is quickly absorbed. My dogs will walk on the tile and there is no residue or slipping.
Is this helpful?
Danny
Easy to apply and really helps my dogs paws. I took some progress photos from March till April and you can see the difference. Don’t put a lot! Enough to cover the paw but not too much where it’s lathered. My dog doesn’t like the smell as much as I do. I haven’t had any issues with licking. He just goes to the couch to get his smell back. 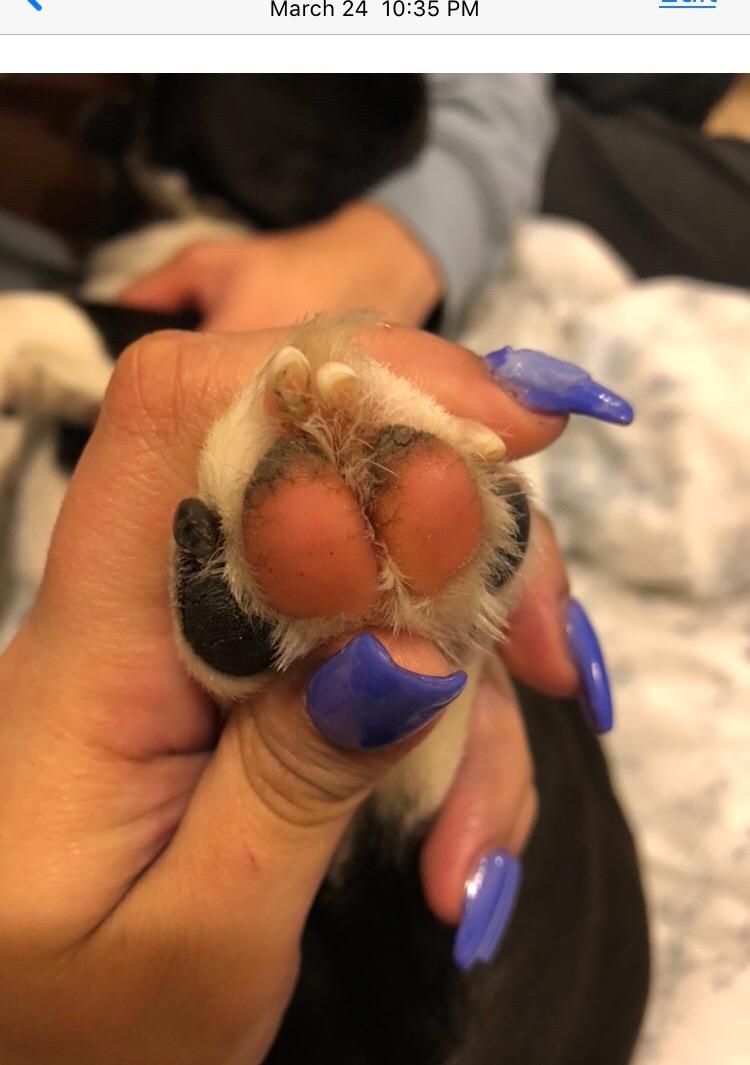 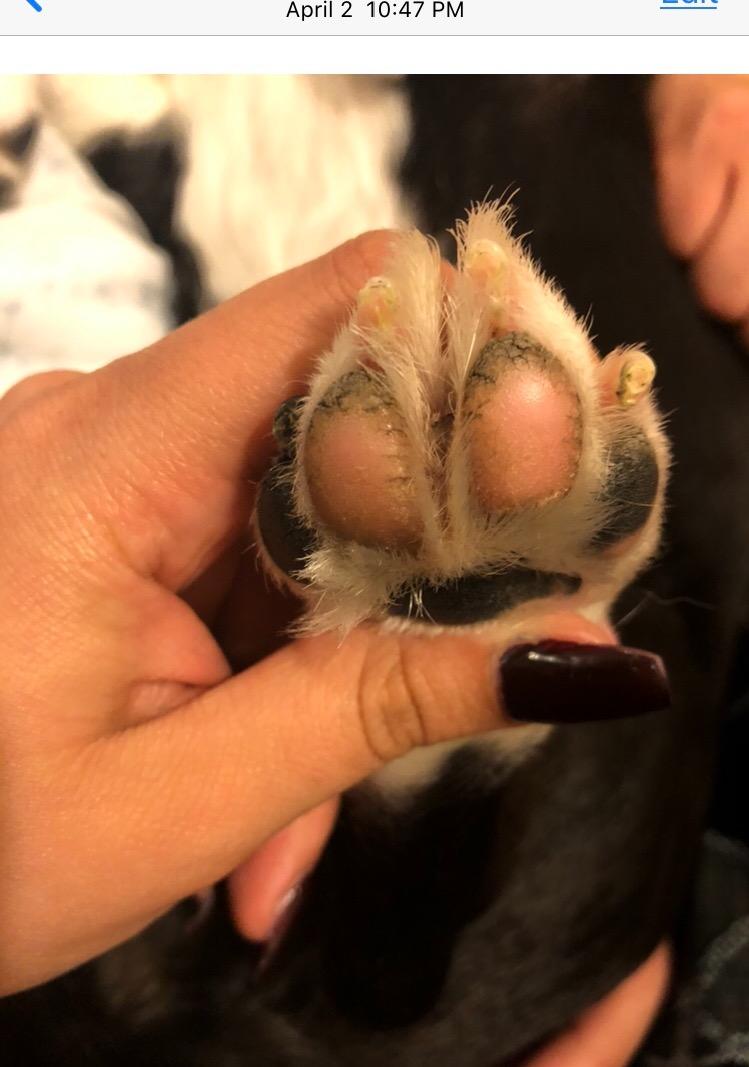 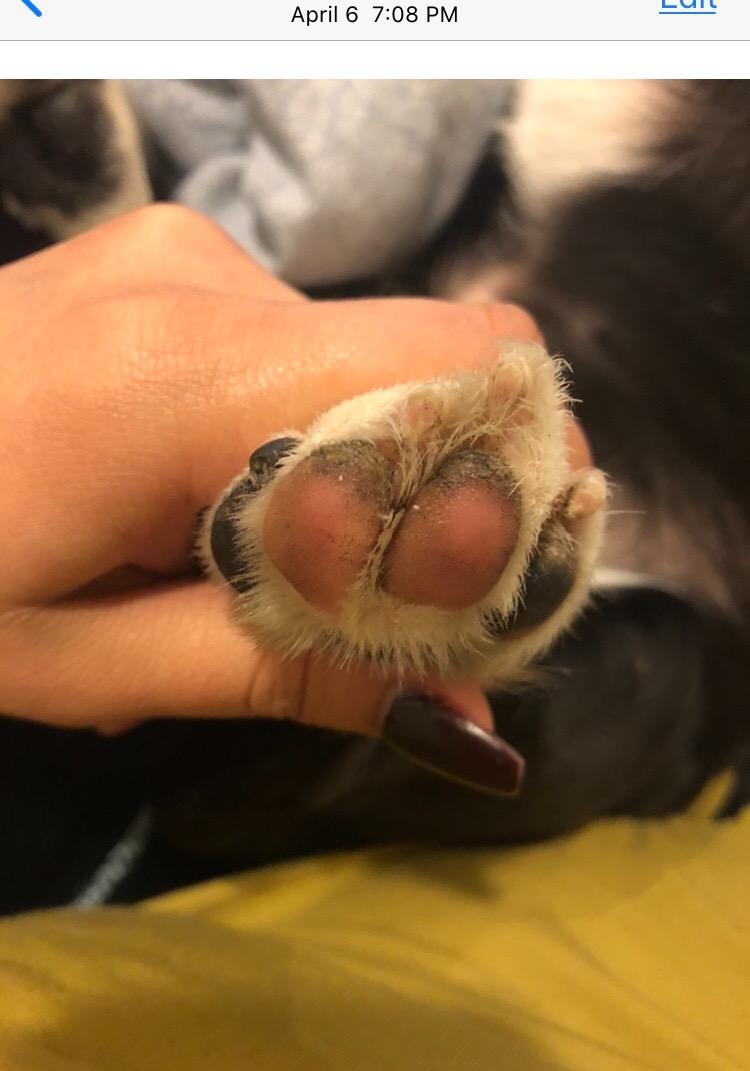 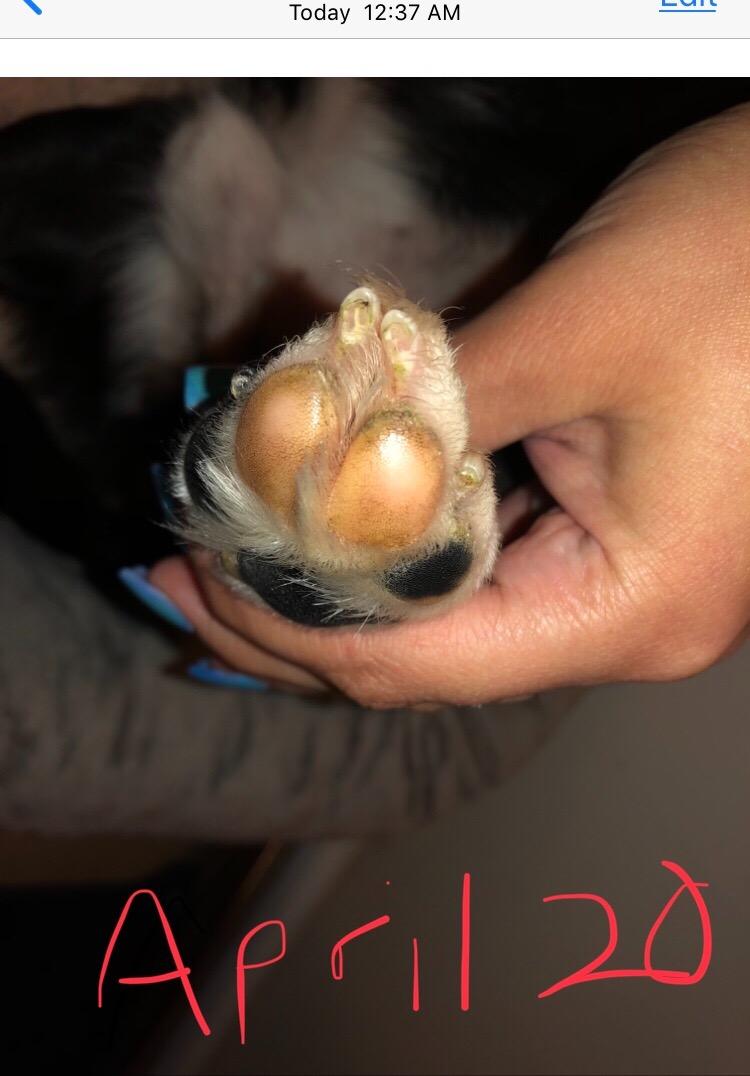 Is this helpful?
Ana D
So.. I was using another product before, but couldn't find and decided to purchase this Paw Nectar.1) It's hard as rock, I can not even apply it on my dog (we live in Florida and it's always hot and this nectar should melt at least a bit). I can not warm it up every time when I want to apply it on my dog.2)See the picture. Do I pay for the weight of the jar lol? It's clearly says 2oz, and what I see on a scales is 1.55 WHAAAAATI am returning this product RIGHT NOW! 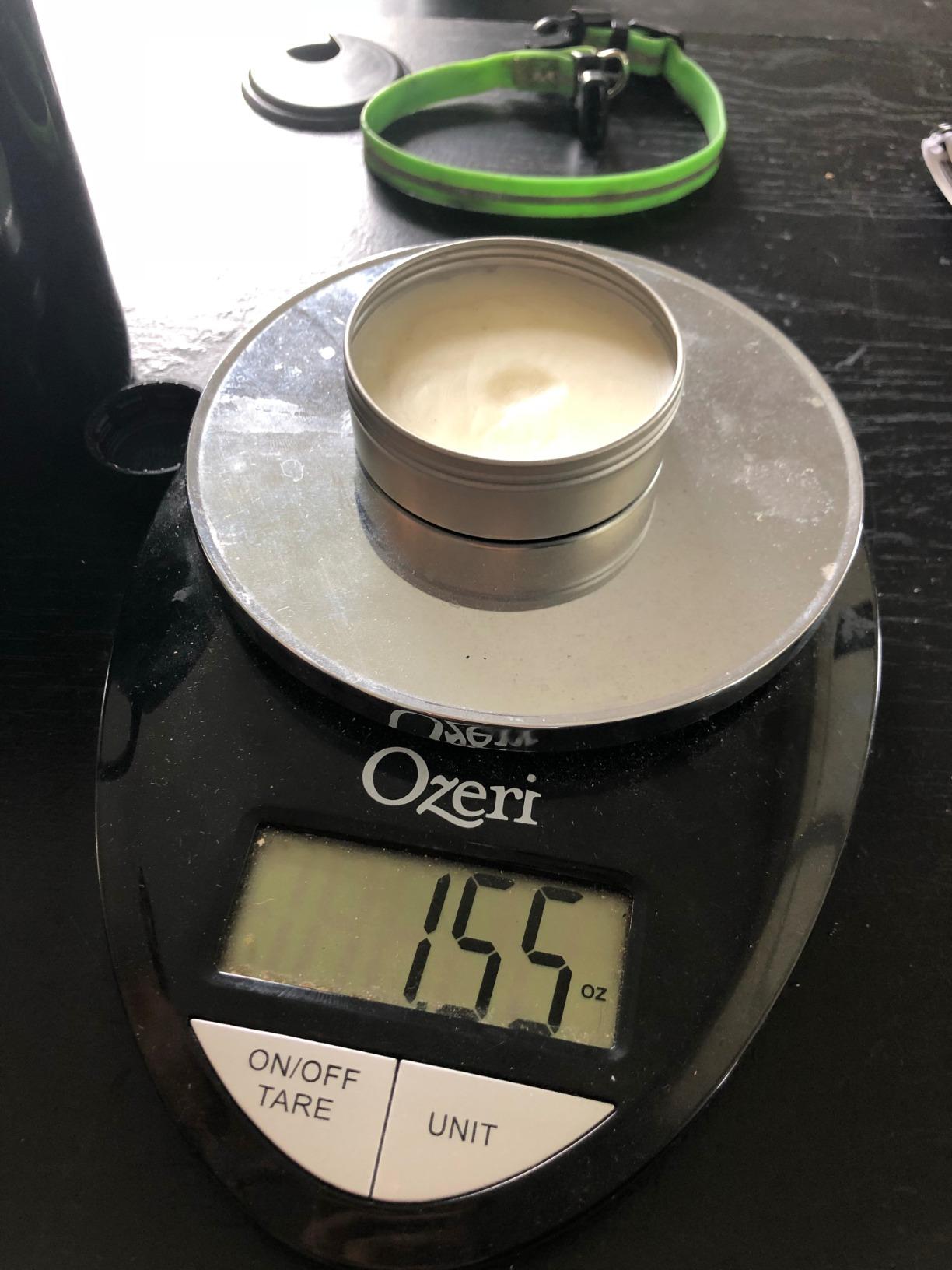 Is this helpful?
Aritchie65
This stuff is AMAZING! After recently starting doggie daycare my dogs paw pads were wrecked from the AstroTurf they have there. He was so sore from all the running and playing he did so I bought this in hopes to soothe his soreness. I just got it in the mail about 1 hour before I made this review and immediately applied to my pup. He didn't budge from sleeping when I applied it. He licked his paws a few time but wasn't at all bothered by it on him. After about a half hour he got up to go out and to my amazement he was just about back to his self. I could 100% tell the soreness he was feeling was lessened/gone. This was after 1 application. I'm sold! I will never not have this in my house from now on. I'll be applying this before and after daycare in the future. I'm also going to apply to my other pups rough elbow spot so I'll update later on how that works.UPDATE: Two weeks later and still amazed at this stuff. I see others saying it’s hard to get out of the tin. I get a small chuck out, my finger can normally heat it up enough to get some out, then rub it around my fingers before rubbing all over the paws. Putting the paw right on the tin won’t get the product where it needs to be.
Is this helpful?
Traveler
Bought this simply because the popular brand was out of stock. Glad I did, it works well and I will be buying it again soon. I scrape the balm with the back of my finger nail then apply to dogs paws. She licks it off the paws a little but it’s safe for her so I’m not worried about that.
Is this helpful?
Kels
I really wish I could rate this higher stars as I love that this is all natural and has a nice natural smell. I really like the packaging as well. I found it hard, however, to get it in the cracks of my girl’s paws. She is a pointer and always has dry/cracked paws. I couldn’t put her paw in the case and get enough (if really any) of the product onto her paw. I had to run my finger in the product (almost scooping it out) and rubbing it into her cracks in her paws. It’s like a tougher/harder version of chap stick, almost wax like. I wish I could have rated this higher but I only used a few times and won’t be repurchasing.
Is this helpful?
Gracie's Dad
Our old (16) dog doesn't do well outside in the cold, and won't wear anything on her feet. This wax helps protect her pads so she can stay out a little longer and attend to important business. Below zero weather is still problematic, but she is definitely better off than before we started using this product. It's somewhat difficult to apply - I usually scrape it out of the tin on my fingernail, then massage it into her pads - but it works.
Is this helpful?
Rachel T
Absolutely love this product! My Roxy girl has had rough paws ever since I got her and we always take her on walks so I was looking for a product to help her paws. This is definitely a great product for paws! I recommend chipping off a piece of the wax and taking that piece and rubbing it on their paws. I find it difficult to just take her paw and rub it in the wax. But it has definitely kept her paws moisturized, especially during this cold weather we have been having in Virginia. In the picture you can definitely see the difference. 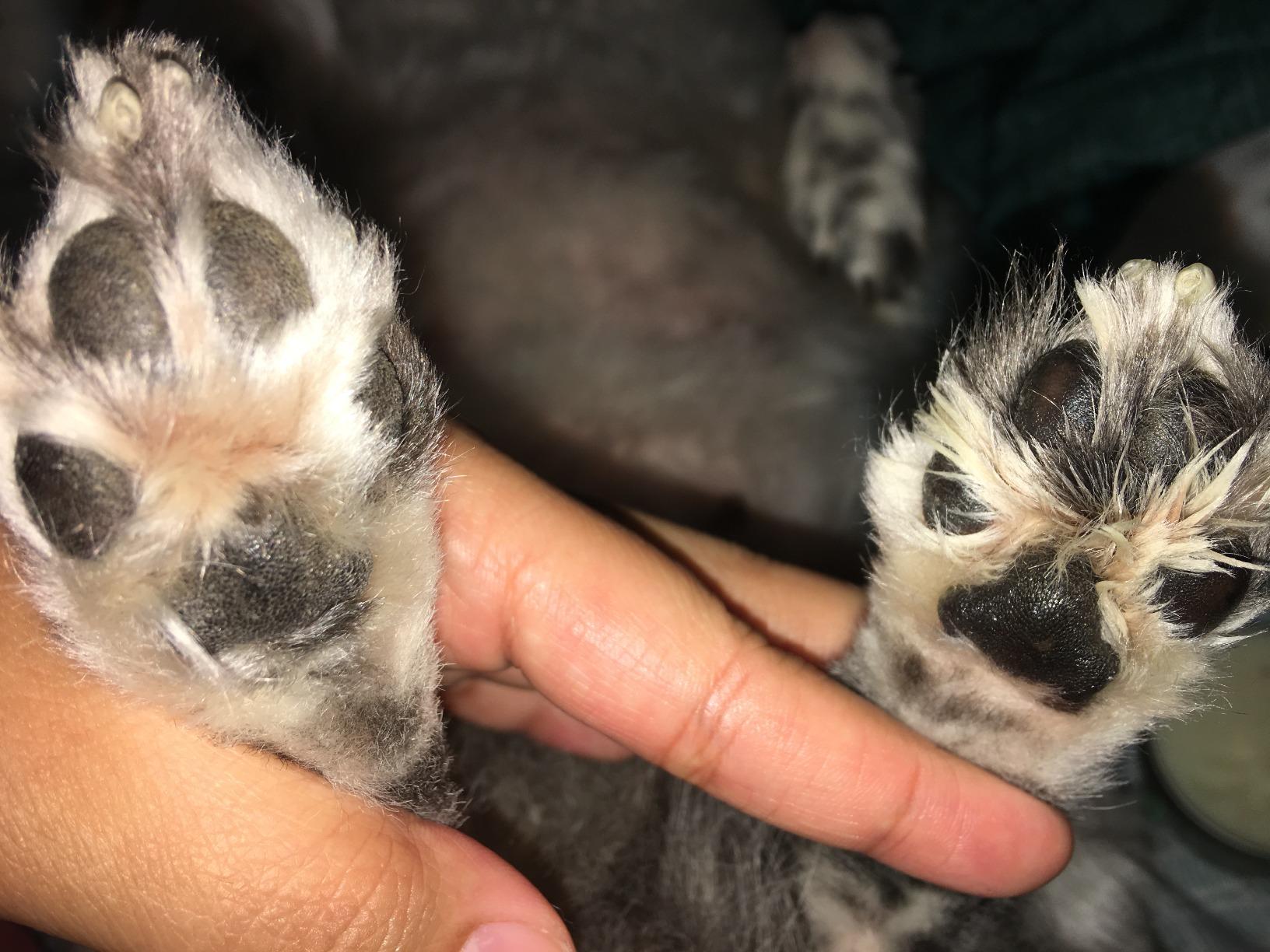 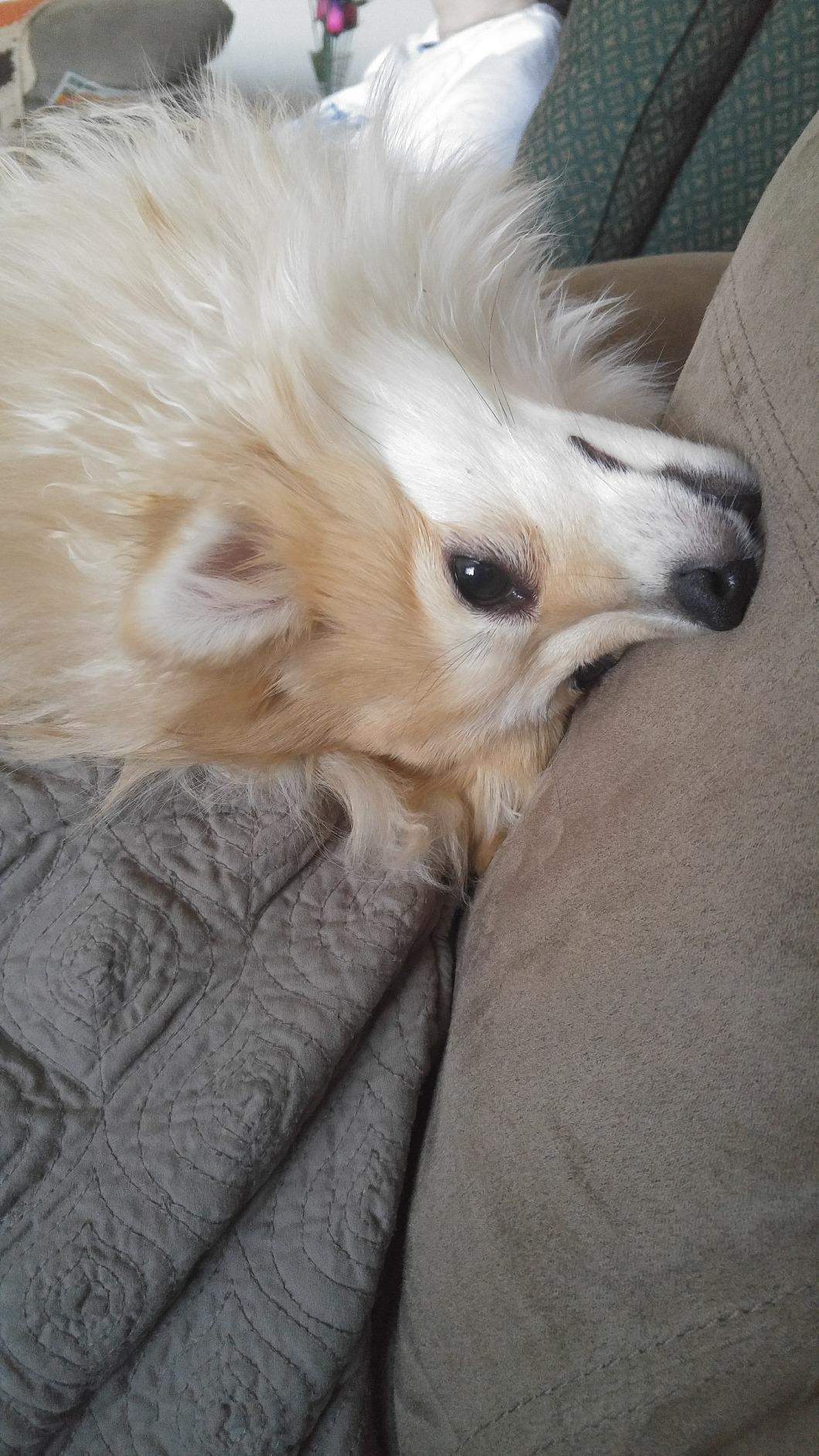 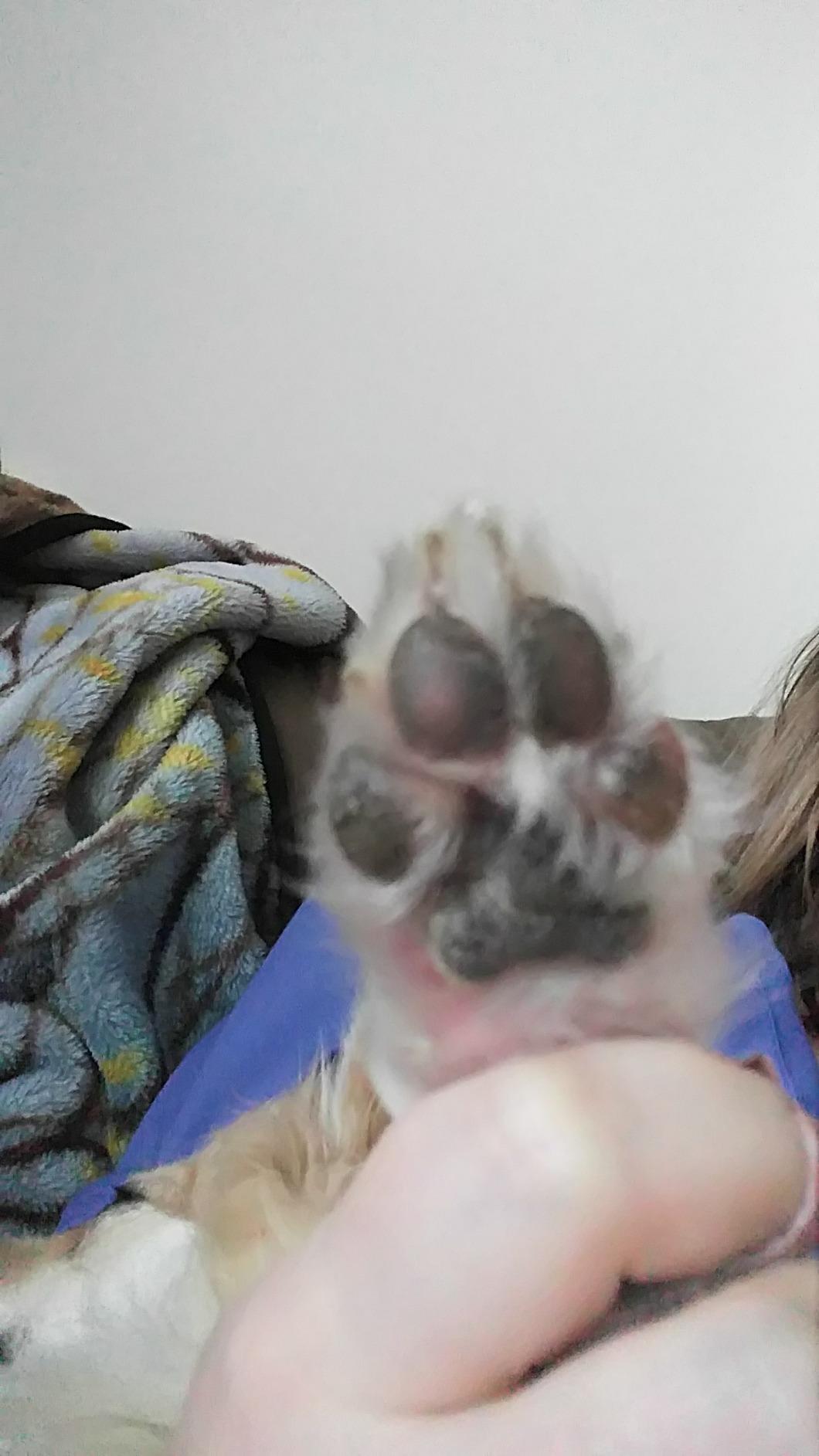 Is this helpful?
Gregg Thompson
The size of the container was great for the price, but the product was extremely hard to put on my dog. He was fine rubbing his paws on it but the wax was so hard nothing went on his paw. I also couldn't rub it to make it softer as it just broke in my hand. Not too sure how I feel about this product.
Is this helpful?
3rd Gen Blue Indian
This product is awesome!! We take our pup Patty to the dog park almost everyday, and her paws get cracked and beaten up by the gravel especially as the cold weather sets in. She's very receptive to the Paw Nectar and it really seems to help her, and the rosemary/lavender smell is strong enough to discourage her from licking it off. I also feel like I could use it on my hands and cuticles. Overall a great purchase, highly recommend! 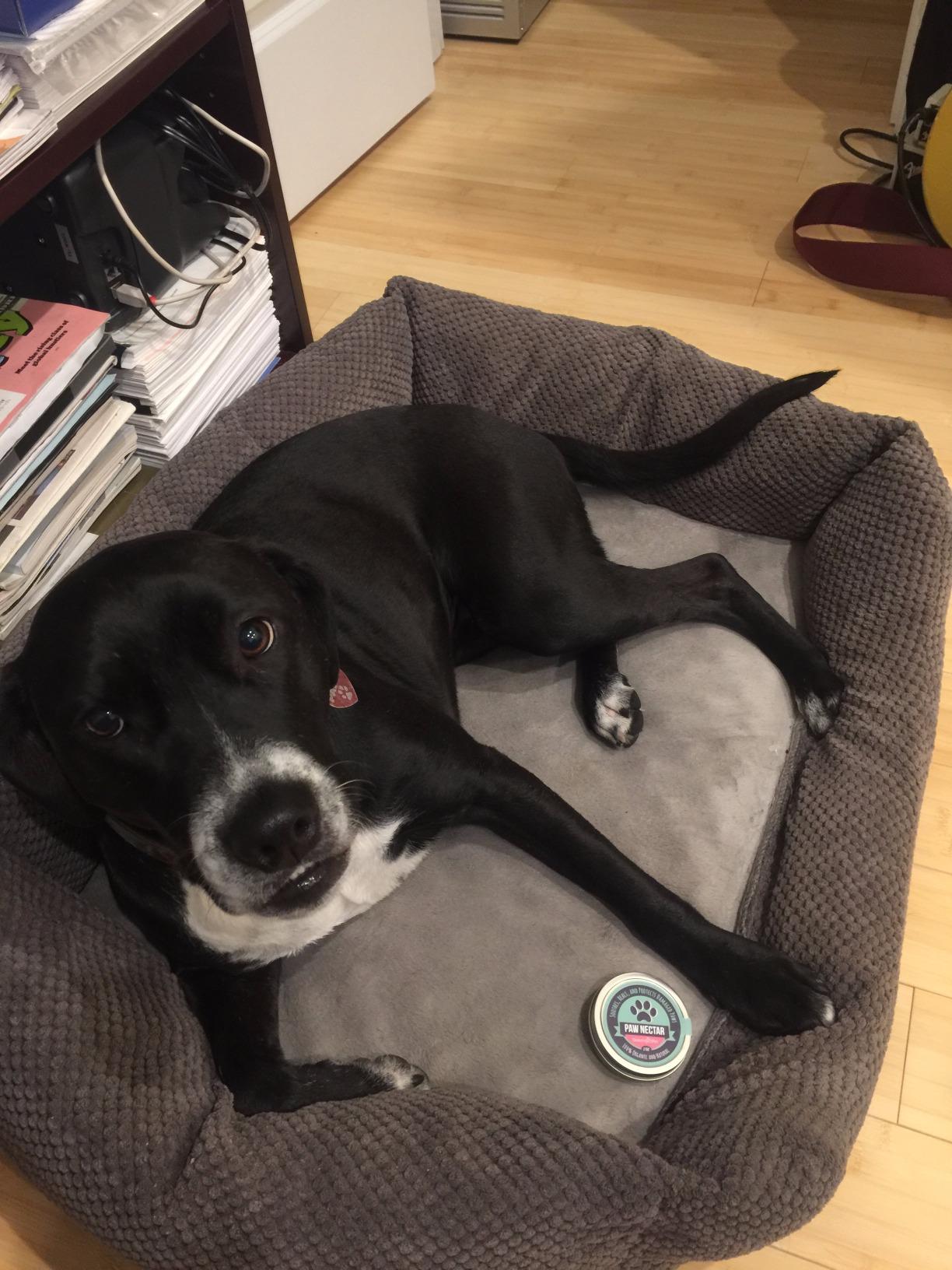 Is this helpful?
Stacia
Smells absolutely amazing. Good consistency and texture. Love that it's completely natural because my dog will lick anything I put on his paws off. Many other lotions or cream say not to put on broken or cracked paws but that's what the stuff is for? And has chemicals that a dog shouldn't lick. I think most animals will be licking it.
Is this helpful?