Details: Eclipse Glasses - Eclipse Shades Safe Solar Glasses. Absolutely safe for direct solar viewing of solar eclipses, sun spots and other solar phenomenon. Meets the Standard for ISO 12312-2:2015 All of our solar viewing materials are optical density 5 or greater and are "CE" certified which meets the transmission requirements of scale 12-16 of EN 169/1992. All our eclipse glasses meets the 2012 Transmission Requirements of EN 1836:2005 & AS/NZS 1338.1:1992 for Eclipse filters. (Queensland Directive) Lenses are made of our exclusive scratch resistant optical density 5, "Black Polymer" material. Eclipse Shades filter out 100% of harmful ultra-violet, 100% of harmful infrared, and 99.999% of intense visible light. These premium filters create a sharper ORANGE colored image of the sun. The backside is printed with safety information (English translation only)

Thanks for your review! it will be published soon. Thank you! your review was submitted
LadyZana
We saw the eclipse with these. They are the ones that you want. We were at a rest area off the interstate (on our way to view the eclipse). Many people were finding that their viewing glasses were counterfeit and defective and were looking for any extras in the crowd. We had an extra pair and gave them to a guy--he was so happy. When he looked at the glasses, he said "Wow. You even have the ones with the necessary safety rating!!" I think we made his day.
Is this helpful?
Rara Bee
What you get: 5 certified solar glassesWhat you don't get: another nearby solar eclispe for 6 years.So glad I bought these. When the great American eclipse came we almost had to miss it. After deciding on not going to Columbia SC because everyone else was there, we drove 5 hours and arrived just as the sun was 50% blocked.They fit large and small heads, just bend the arms in the corresponding location. And they must have worked because my family still has their eyesight.I even used them to take pictures of the sun on my cell phone.Disclosure: I paid full asking price for this item. This disclosure DOES influence my rating from the perspective of value. I always consider product reviews when purchasing items. I may not always leave a review but when I do I do so in an honest and unbiased fashion. Keep reviewing my friends. 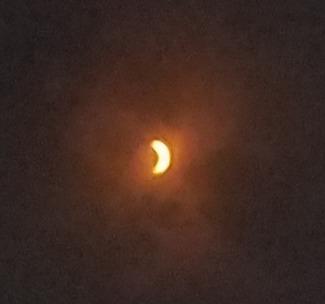 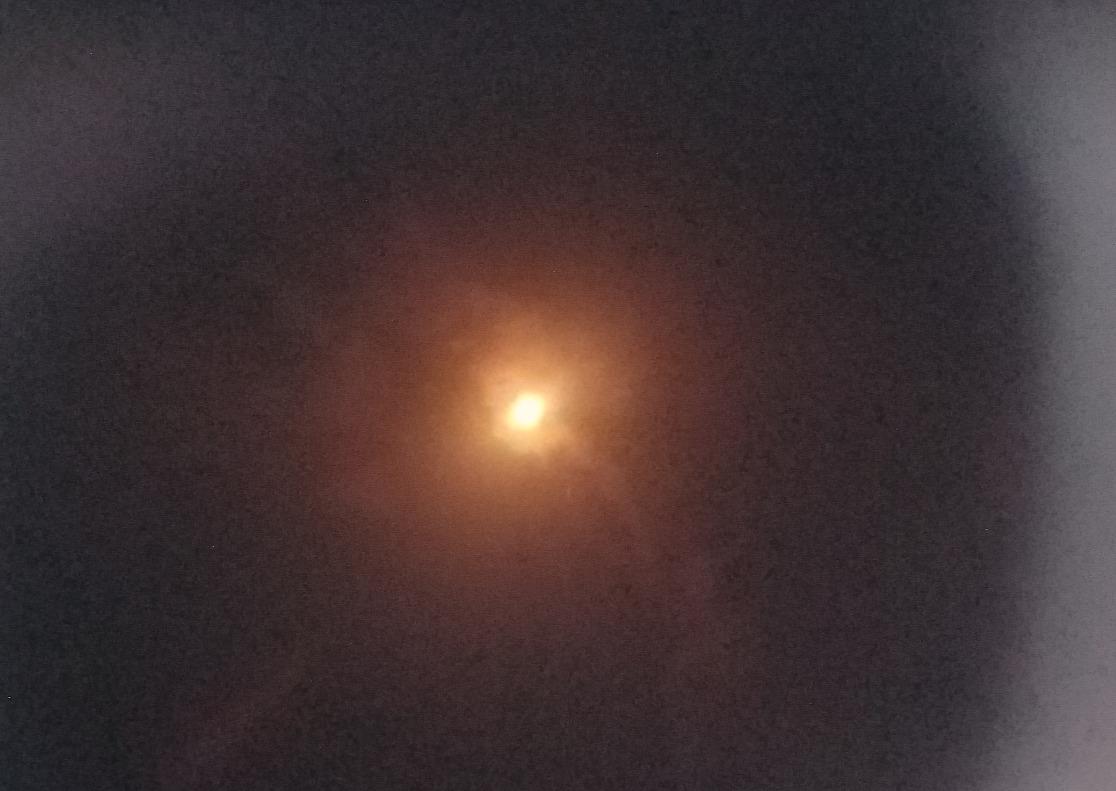 Is this helpful?
SH
These eclipse glasses were great. They allowed my family to share a breathtaking experience together and I was confident that no one was risking eye damage in the process. We enjoyed being almost centered in the path of totality and getting the most time of totality, but these were great for watching the transition. I have them tucked back for the next round (and as keepsakes), but honestly, I'll probably lose them and buy more for 2021.
Is this helpful?
Owl
These were a little big. But they did theJob. We got to enjoy the eclipse. So worth the money!Glad we ordered them early.
Is this helpful?
M. L Lamendola
Eclipse day was very special for us. It was almost ruined because we'd previously purchased eclipse glasses of unknown quality. After discovering the USA had been flooded with cheap glasses, we scrambled for replacements. These solved the problem and the convenient packaging made them easy to replace throughout the event (it was raining for most of the event, three hours of partial on either side of nearly 3 min of totality).Had I trusted the uncertified glasses we'd originally bought, I might not now be able to see to type this review. I am so glad these were still available just a couple of weeks out.
Is this helpful?
Kindle Customer
I checked reviews before purchasing to make sure glasses were safe. These met the standard. I brought them to my work as it came as 5 glasses. Shared them with co-workers. They gave us a great safe view of the Aug 21 eclipse. The attached picture was taken through the glasses. Very satisfied. My only problem is will I remember where I stored them for the next eclipse. 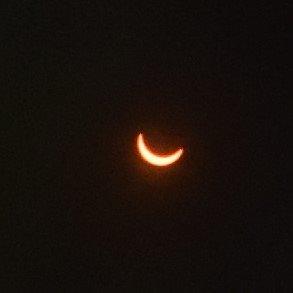 Is this helpful?
Sergeant Major H
What a great total solar eclipse in Cookeville, Tn on 21 Aug 2017 @ 1:29 pm. These glasses worked great. It came with a 5 pack, but I would like to suggest you include in the package 5 smaller lenses that stick to a phone camera, so we can film and take pictures. That probably costs .25 cents more.
Is this helpful?
Kokomo
Bought 2-pkgs of 5-pair of glasses each for family eclipse viewing. Once you get past the cardboard frames (kinda flimsy) they were perfect for the 1.5-minute viewing.One negative.....one pair out of 10 was defective in that the protective film did not cover the viewing area, leaving approx 1/8" gap at top of each "lens". A child or careless adult could have had problems.
Is this helpful?
David G. Eoff
Our glasses arrived very quickly in a sturdy cardboard tube and are new and undamaged. Furthermore, they appear to be completely legitimate. They have all kinds of safety information on the back, with logos stating ISO 12312-2:2015 and CE certified by British Standards Institute as well as Australian and New Zealand standards. It also states the name and manufacturer on the back, Eclipse Shades made in U.S.A. by Rainbow Symphony, with the address. This manufacturer is on the list of approved vendors for eclipse glasses. When I put them on, everything is completely black. When I went outside, everything was black except the tiny golden sun when I tested them out. I am very happy and relieved that these appear to be trustworthy glasses. Thank you also for the prompt service. Packaging states they were shipped from Minnesota.
Is this helpful?
Tlan
they arrived in 4 days after initial order, these are not the fake glasses and I tested them looking at sun and you can actually see the sun and not just a orange glow, they are paper glasses so they do not cover your entire face like some of the more expensive headgear.they work and are worth it 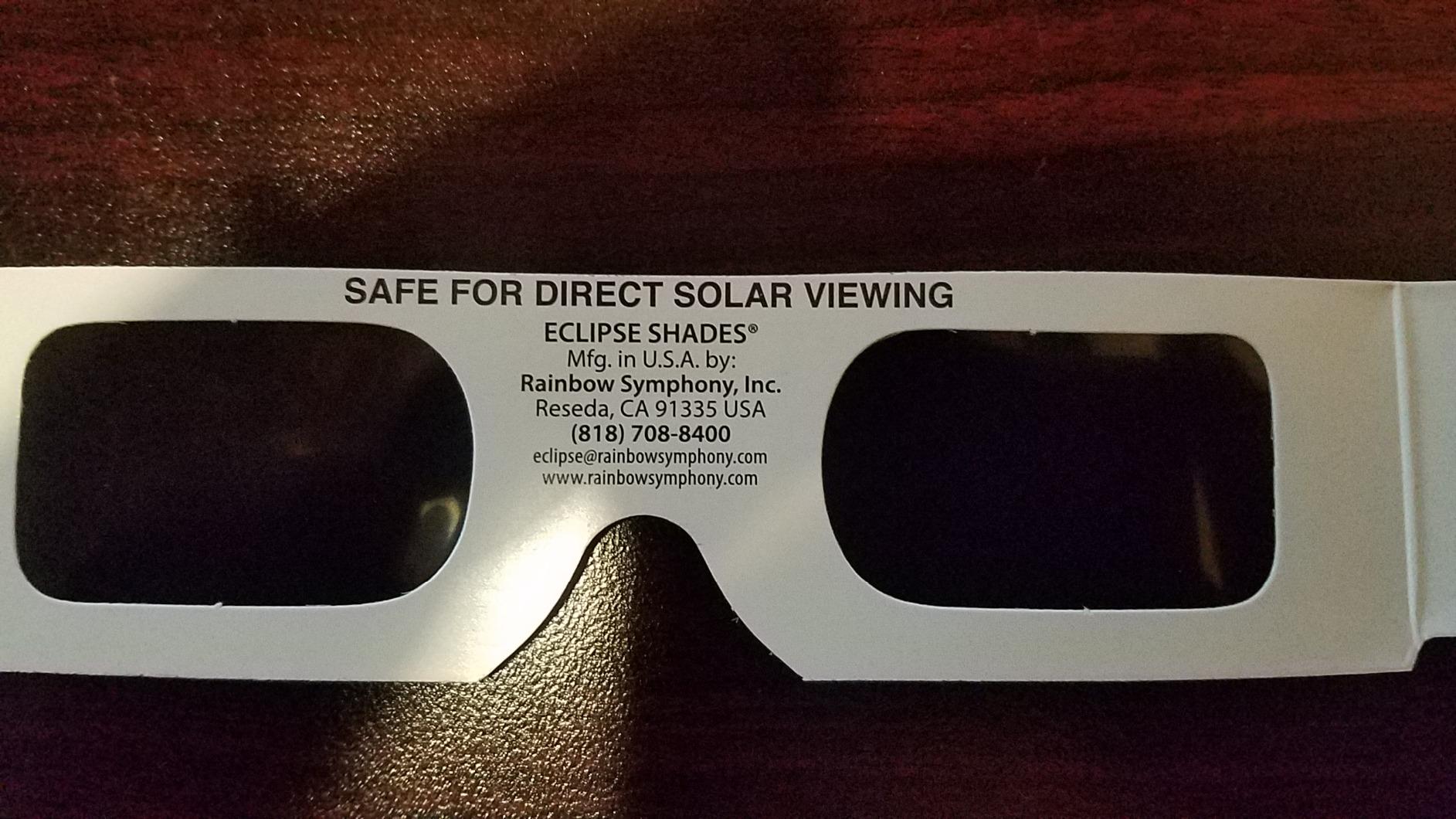 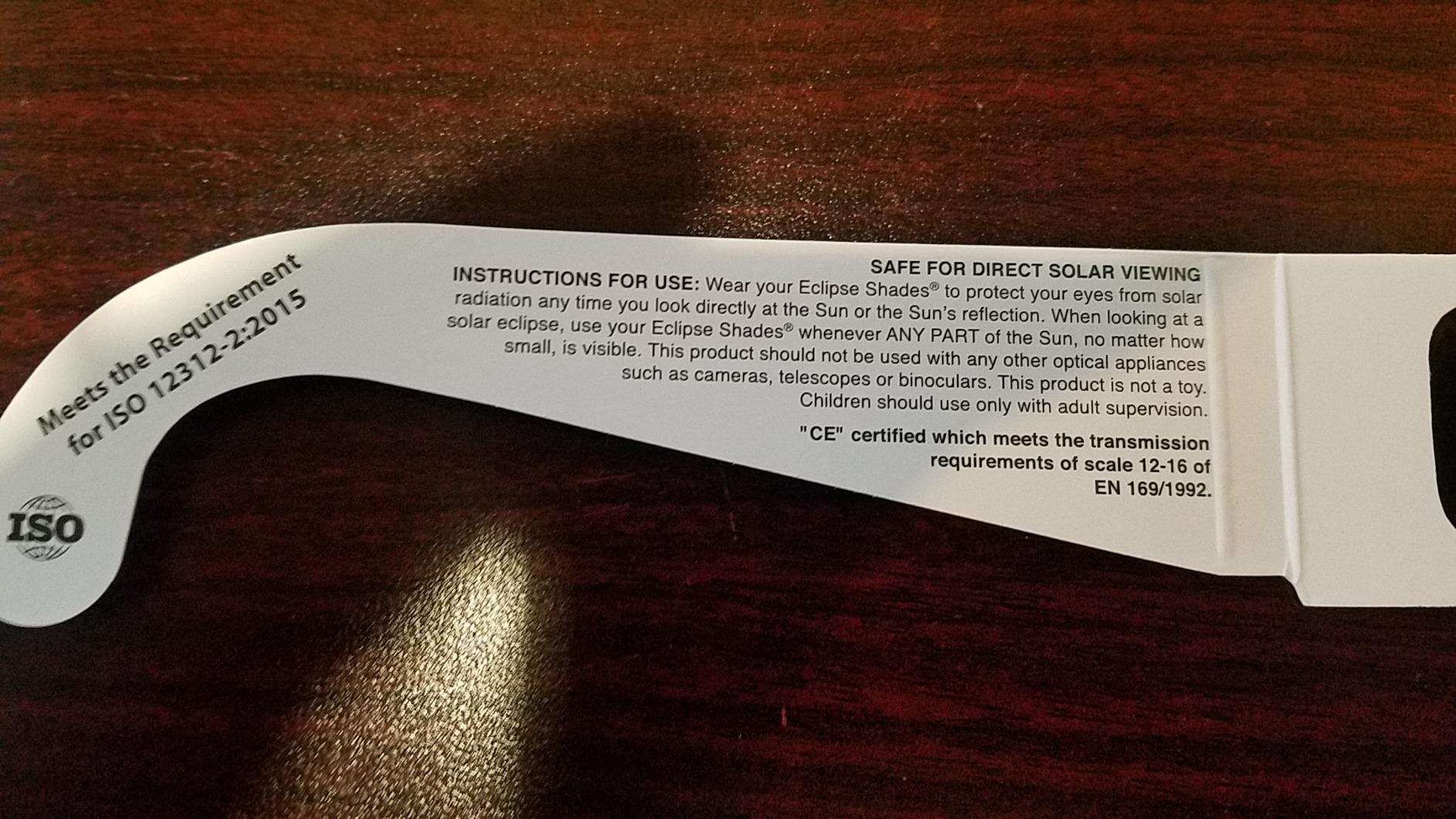 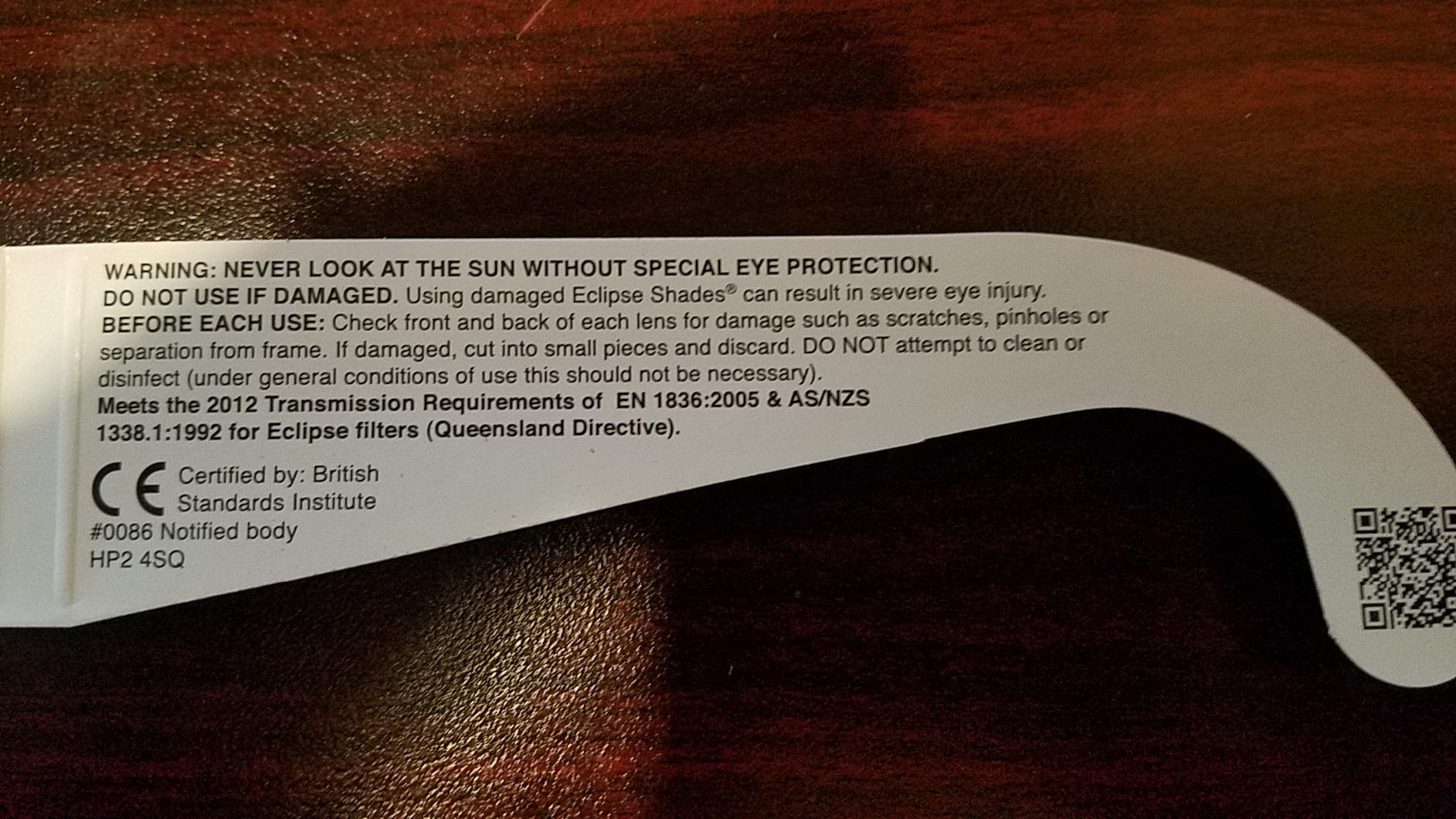 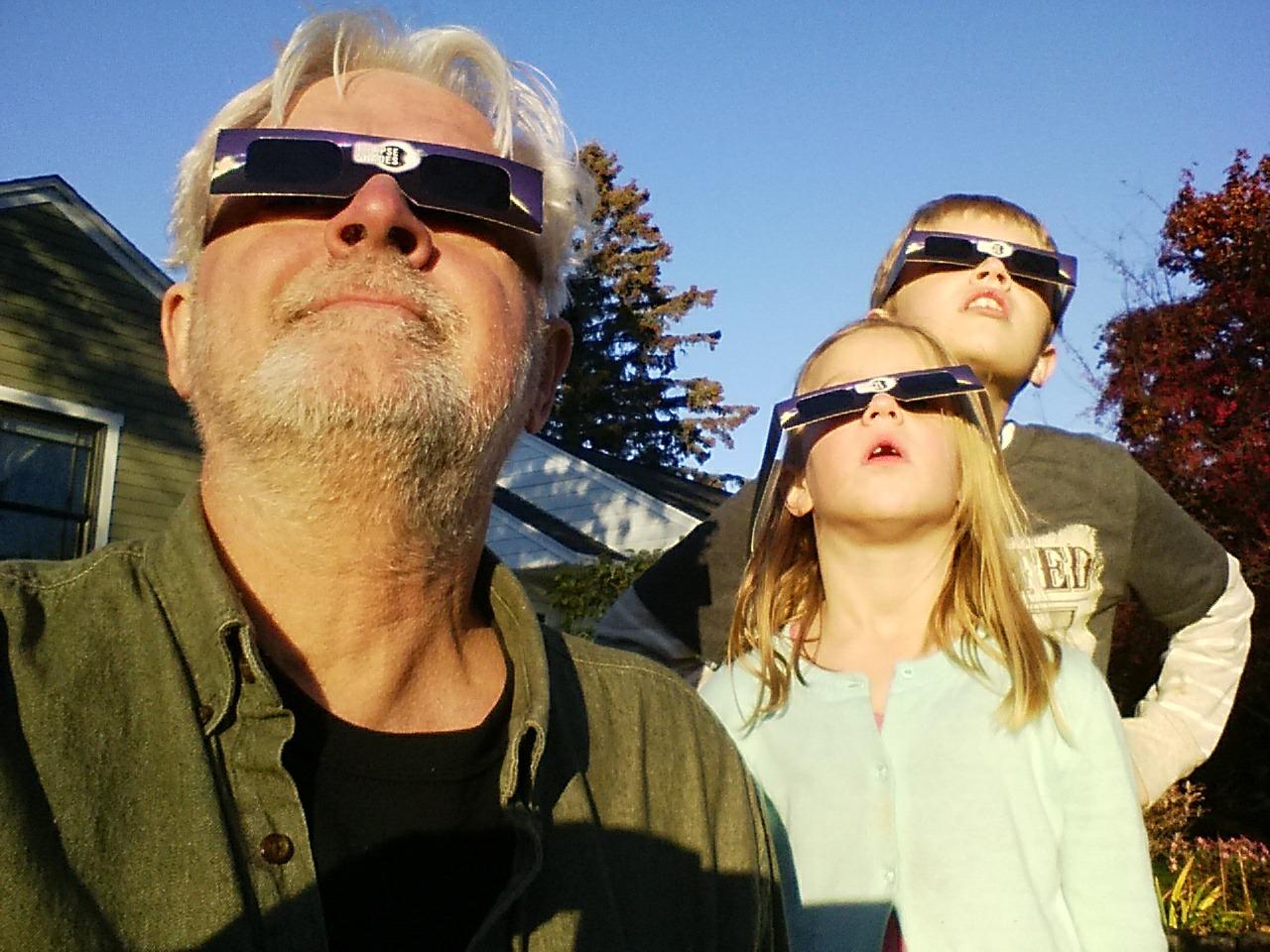 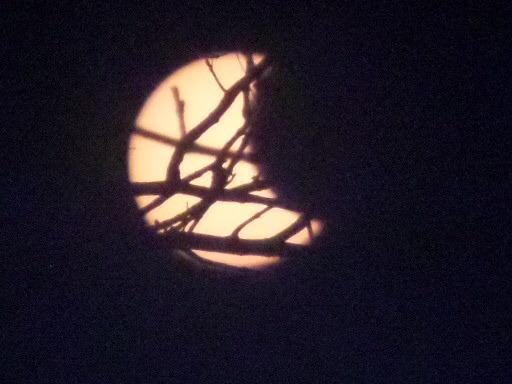 Is this helpful?
Amazon Customer
The glasses arrived promptly and were useful for viewing the annular solar eclipse. One thing I didn't notice however was a warning about not looking at the sun with them on for more than 3 minutes. My husband noticed this and told me about it. It would be good to include that information more prominently, so it will be blatantly obvious - IN LARGE LETTERS - on the outside of the glasses themselves. It was printed inside the glasses on the ear piece in very small text.
Is this helpful?
W. Costley
I ordered a 5-pack for cheap on Amazon for the annular eclipse of May 20, 2012, and they worked great! However, as another reviewer noted, the photo is incorrect. The ones I received had a different design and colors on the frame (yellow is the predominant color) and the lenses are mirrored on both sides--they look like sheets of Mylar. When you put them on, you see a distorted reflection of your own eyes. You can't see anything else until you look at the sun (which appears white to my eyes), and the moon appears completely opaque as an eclipse takes place. The overall viewing quality exceeded my expectations and those of my fellow eclipse viewers. I was even able to use them in tandem with binoculars, which not only gave me a magnified view of the eclipse, but also allowed me to see a sunspot in the northeast quadrant of the sun. It was a little tricky to line up the binoculars while wearing the glasses at the same time, but I managed to do it several times. You can even wear these on top of regular sunglasses for a little extra protection. I'll definitely hang onto these until June 5, when Venus will transit across the sun in my area.If you plan on saving these glasses for the 2017 total eclipse in the U.S., be careful--the cardboard frame is very thin, as is the material that makes up the lens. Mine were shipped in a fairly rigid cardboard sleeve that should do the job nicely.
Is this helpful?
Susan Smith
Between the solar eclipse in May and the Venus transit in June 2012, I figured it was time to find my old eclipse glasses. After years of careless storage and potential scratches, I didn't trust them, so it was time for new ones. I ended up buying two packs of these, and I figure me and nine other people will be that much safer watching solar events. Also, don't forget to check spaceweather.com for large sunspots that can also be viewed with these babies!
Is this helpful?