Meet the original YETI the Tundra. This was our baby. Where it all started. Where we took our frustrations with cheap coolers and over-engineered the hell out of them. We ended up creating a whole new category of coolers with legendary toughness and famed ice retention. And now we make the rugged, all-purpose Tundra in enough sizes to fit any outdoor adventure. There's a good bit of its DNA in all the other gear we make too, in the form of patented and envied innovations. We're proud to see the Tundra has grown up to be the father of all coolers.

ColdLock Gasket: A freezer-quality gasket circles the length of the lid to block out the heat and lock in the cold.

LipGrip Handles Stay out of the way and make carrying your catch seem less of a chore.

DoubleHaul Handles Made with military-grade polyester rope for extra durability.

Rotomolded Construction: Makes it armored to the core and virtually indestructible.

InterLock Lid System: Creates a form-fitting barrier against the heat. 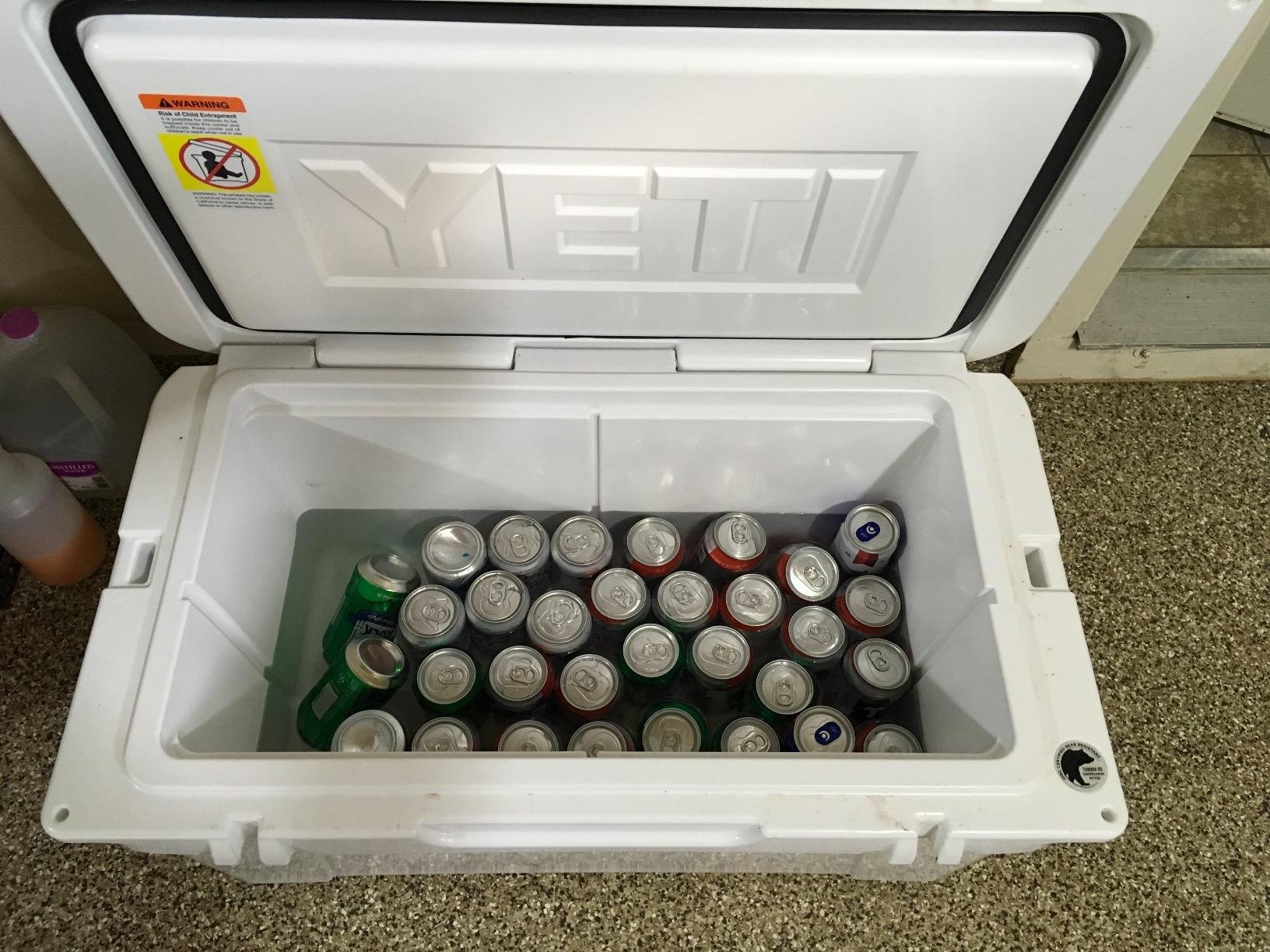 Is this helpful?
Robert Daley
Love it! I have used it every weekend after receiving it. Definitely happy I decided to pull the trigger on a YETI.Also as a side note I was concerned that "YETI Authorized" was an actual approved dealer. I was able to reach out to YETI where they confirmed that they are in fact approved, which is comforting when spending this kind of money!
Is this helpful?
Jason Hansen
I was on the fence whether to go genuine Yeti, or get a "equivalent" knockoff. I'm so glad I went whole hog and ponied up the cash. I pre-chilled it by filling it with water from the garden hose. Drained it, and put in a frozen 1 Gallon jug of water along with a case of water, a case of Gatorade, and a 12 pack of soda, room temp by the way. Then topped it off with a bag of ice. The next day I added a bag of ice and drained most of the water from the previous bag of ice. The beverages stayed refrigerator cold for 5 DAYS!!!! And there was still frozen ice in there. I couldn't believe it. Highly recommend. It is a workout to move it when full, but dang, 5 days of cold drinks on basically 2 bags of ice. Unbelievable.
Is this helpful?
The Niner
Gets the job done!I own three Yeti coolers. Tho not cheap, they keep ice longer than any cooler I've ever owned.The 65 is my work horse. From camping to Hotel stays to concerts at the park, this thing keeps the drinks and snacks cold.Lots of compliments when out and about. Easy to clean too.I'm a believer. 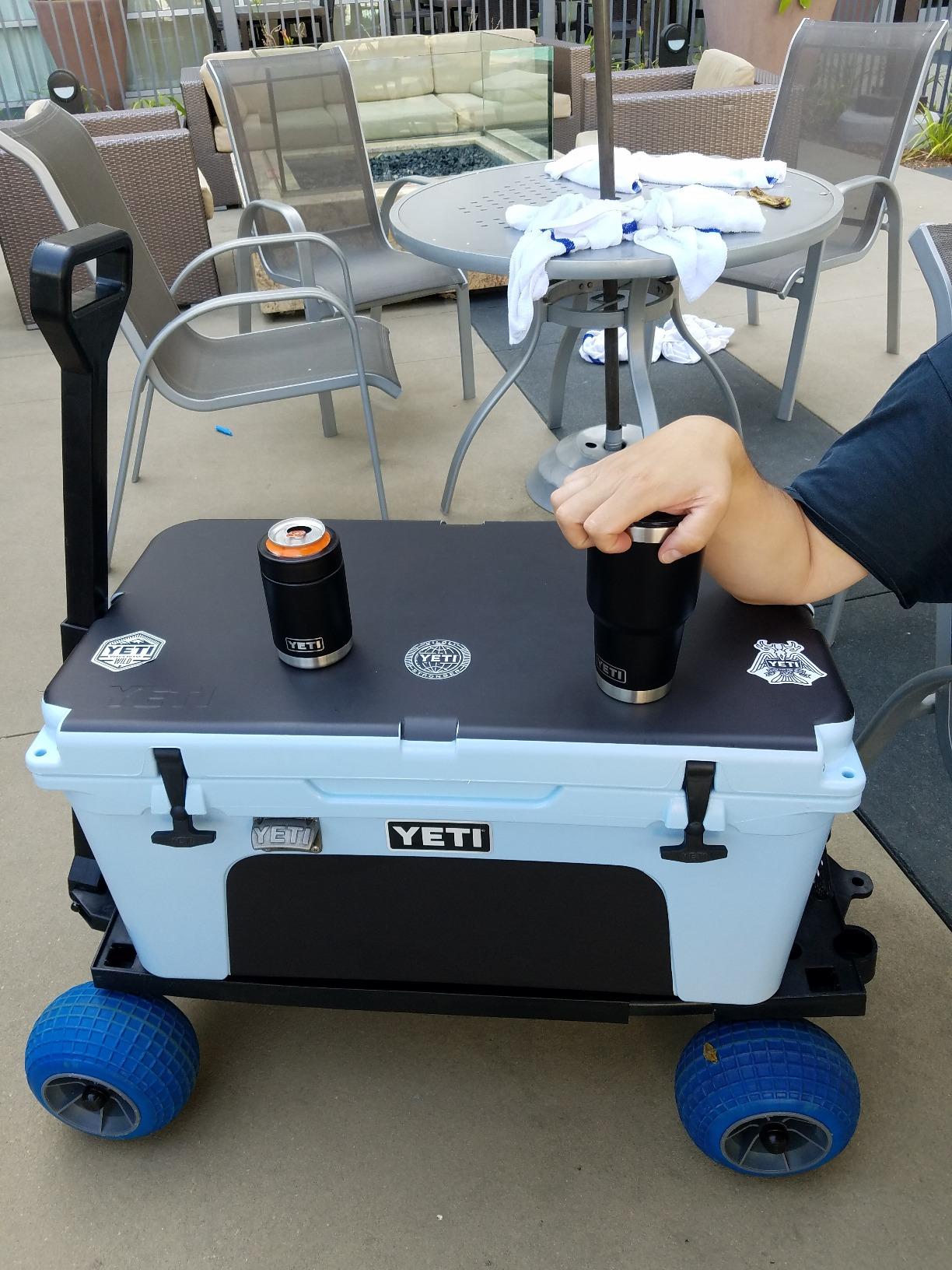 Is this helpful?
Erik Jansen
I did a lot of research to determine the right Yeti for me. The 65 won and I could not be happier.Delivery was smooth. Box had no damage and the cooler was pristine.Will buy again as soon as the Haul is released
Is this helpful?
Jim O.
Nice cooler. I work in plastics so when I got it I noticed there was a lot of flash on the parting line and lifter areas of the mold. For as much money as these things are i would expect a product that is free of molding defects. Also thought it would hold ice longer than it has so far.
Is this helpful?
Kebe
Love this cooler! Yes worth it. Pre-chill with dry ice and the put regular ice in. Keeps regular ice frozen for a day+. The divider and basket really helped to keep things organized.
Is this helpful?
Paulie
This cooler is well built for sure, though the rope handles seem a little silly on a $300 cooler. I have not been impressed with how well its kept ice. We bought it to be our drink cooler on the back of an RV for a road trip through the SW and so far with our weekend trips in the NW, we are lucky if we get 3days of ice. Honestly, we would get a solid 2 days out of a $60 IGLOO cooler, so its a little hard to be excited about this. Obviously the construction is great and I'm not as worried about broken handles and hinges as I am with the fore mentioned IGLOO... but I do think this has been overhyped a bit. Save a few dollars and buy a Cabellas version if you want something this "robust", but don't expect a week of cold unless maybe you are only storing ice.I am not UNHAPPY, just not impressed. I have other yeti products that I have been blown away by (check out their beer cozies). I intend on keeping the cooler, but I don't know that I am ready to buy another one any time soon.
Is this helpful?
TMG
Took this on it’s first trip during the Indy 500 along with an igloo cooler. Igloo lost its ice within 3 hours, this beast was still cold and had ice after three days in the blistering heat. The white is easy to clean contrary to what some are saying.
Is this helpful?
Fun in the sun
Barely any melted ice after 3.5days - used 9lb of dry ice and ~3lb of regular ice. After 2 days some of the drinks were frozen solid when they were only refrigerator-cold going in. Would have stayed cold even longer but that was the end of our trip! Wish it had wheels because its very heavy but functionality outweighs it.
Is this helpful?
Amazon Customer
5 stars, hands down, keeps ice icy, keeps drinks cold. Not too heavy when full, perfect for camping, chillin, it’s honestly game for whatever.Definitely would recommend. The price is a little steep, but for the quality, the brand, the icy ice, you can’t do much better!
Is this helpful?
Scott A Lentz
I expected it to last longer considering the purported quality and price. I bought the Yeti Tundra 65 in early 2014. We use it exclusively "inside." It's our car cooler for road trips. So, it's in the basement when not in use and in the car when we're on road trips. It's already exhibiting cracking of the plastic and the rubber closures are rotten. Don't expect your money to go far.
Is this helpful?
Tch
Cooler arrived , used it once and the drain plug leaked all over the back of my Jeep. I called yeti and they immediatly sent me 2 new plugs. That did not solve the problem so I call them again and filled out the warranty on a Friday at 4:30. Monday afternoon they called me and told me they were sending me a new cooler. It arrived in 2 days and is working fine. I could have been pissed about paying $360 for a bad cooler but their customer service was top notch. No recordings, no-one trying to sell me ink. Kind of made up for the issue with the cooler.
Is this helpful?
N G
Incredible quality as expected for the price. Long term investment to be sure but seeing this with my own eyes I know I'll be using this for the rest of my lifetime
Is this helpful?
Dude
Expensive, yes ! This is not a cooler for everyone. If you've got bucks to burn and just like the cool factor that's fine but if you need a very rugged cooler that can hold ice forever then this is the cooler for you. Worth every penny if you are in a situation where you need to keep things cool for days. Check out the imitators they don't compare.
Is this helpful?
Amazon Customer
Used 5- 6x9x1 ice packs across the bottom and packed the cooler with drinks and snacks. It sat I n the sun, getting opened and closed for 6-8 hrs. Anytime I grabbed a drink during that time, it was perfectly cold! This is easily the best cooler I've ever owned! 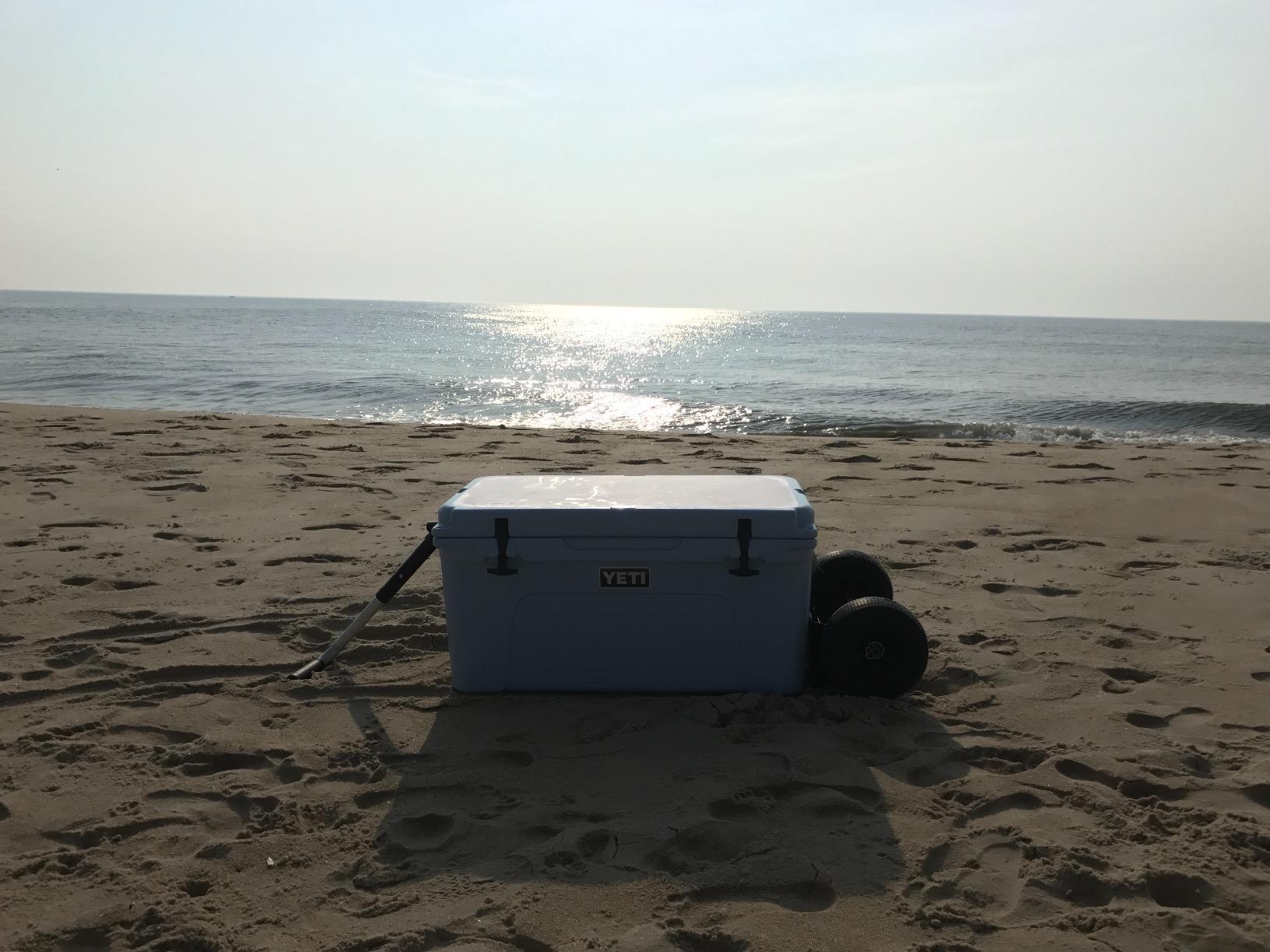 Is this helpful?
Creeks Pub
Heavy as hell, but super efficient. Keeps ice 3x longer than every other "normal" cooler. It makes for a great bench to sit on, or it can double as a step up into a higher vehicle.This better be the last cooler I ever buy, because I can't afford another one. Haha
Is this helpful?
gb
Great cooler best ever i have 3 of them 65-45-35 all really do the job
Is this helpful?
KELLY M.
This is so expensive for a ice chest, however last Aug we put dry ice on the bottom and filled with bags of ice, our ice lasted 7 days in Lake Powell in mid Aug. Drinks, milk, cheese, yogurt, etc. were all kept fresh and Ice cold... It really is worth the money.
Is this helpful?