Most people who live in Texas or travel through Texas often forget the idea of driving to small towns for their destination when taking a road trip through the Lone Star State. People often tend to revolve their road travel itineraries around the better known towns, like the historic German settlement of Fredericksburg with its vast line of main street shops, fine dining, and local wineries, or Galveston with its Pleasure Pier and boardwalk along the Gulf Coast. Of course, there’s the ever popular City of Austin, made famous by its weirdness (Keep Austin Weird), SXSW (South by Southwest) an annual conglomeration of parallel film, interactive media, music festivals and conferences, and Matthew McConaughey and his beloved University of Texas Longhorns.

There are also the major cities to consider that are of high trafficked areas within the state like Dallas and Houston, with their museums, sporting organizations, cultural diversities and other fine activities one can only find in a big city. But, if you are one who just takes a B-line straight to these popular areas in this great state, you’re really missing out on the places that truly make the state of Texas great, like it is. Places like, say, Navasota. 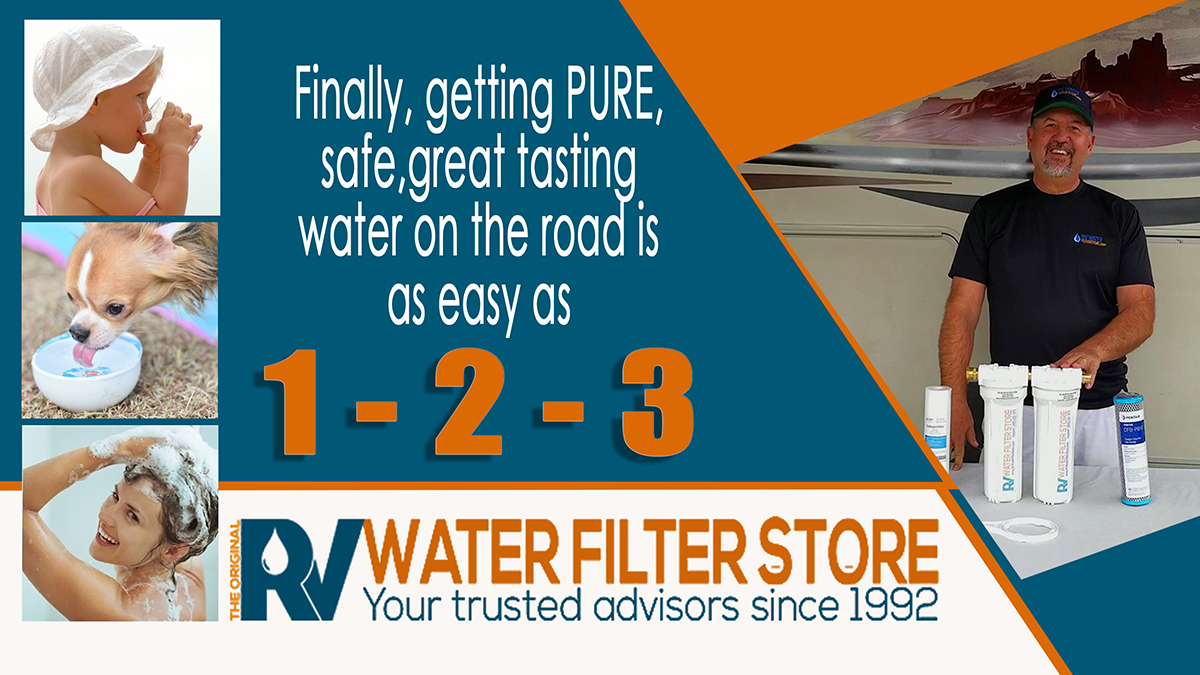 According to the City of Navasota’s website, NavasotaTX.gov, Navasota has a “close, friendly, and caring community who has lived and worked here and has roots that go back as far as 150 years.” The city was founded on cotton farmers, ranchers and later with folks on the arrival of the railroads. Navasota is the world headquarters for Heat Transfer Research, Inc. (HTRI) and boasts as having the largest drill stem manufacturer in the world located here. In 2005, the Texas Legislature named the city "The Blues Capital of Texas", in honor of the late Mance Lipscomb, a Navasota native and blues musician.[1]

According to our research, in 1822, a man by the name Francis Holland purchased land located on a bend of the Navasota River in southeastern Grimes County, which is now the location of Navasota.[3] Soon after Holland, other settlers began to place their roots within this vicinity. In 1831, a Georgia planter named Daniel Arnold applied for and received a land grant along the Navasota River. Another settler named Daniel Tyler also received a land grant in the same area soon after Arnold.

The town of Navasota was founded by the early European settlers in 1831, as a stagecoach stop named “Nolansville”, possibly named after James Nolan (we’re unable to confirm this), an important figure during the time, who had moved to the area from Mississippi in 1848, without a land grant, and “squatted” on the land.[4]

The name of the town was changed to Navasota in 1858, a name that’s thought to be derived from the Native American word “nabatoto”, meaning “muddy water”. In 2005, the Texas Legislature named the city "The Blues Capital of Texas", in honor of the late Mance Lipscomb, a Navasota native and blues musician.[5]

If you’ve ever traveled throughout Texas, you’ve probably noticed a very unique theme throughout almost every small town and city you’ve driven through, and that’s mural artwork. We’ve been to a lot of cities and towns throughout this state and we’ve been able to find mural artwork in just about every town we’ve come across, and Navasota is one of them. If you head down to Navasota Blues Alley on Washington Avenue, you’ll see a fantastic blues memorial that’s been done all along the side the Classic Rock Coffee Co. building. There you’ll see an array of local blues, jazz, and country musicians from the past, memorialized on the wall. The Views of The Blues Alley Mural is a fantastic blog post done by Russell Cushman, a sixth generation Texan, who wrote about the mural and its artist Dina Gregory. Russell’s blog on the mural is great, because it guides you through the mural and the people within it, as well as gives recognition to the artist who labored over it. Another great place to see art and some history is at the Horlock House Art Gallery located at 1215 E. Washington Avenue in Navasota. The house itself was built in 1892, by Robert Augustus Horlock. It’s since been restored to the Victorian Style with some Eastlake influence. The house was donated to the Grimes County Heritage Association in 1981 and is currently owned by the City of Navasota. The Navasota Artist in Residence program gives three artists the opportunity to live and create art at the Horlock Art Gallery & History Museum. The house features living quarters, studio space, and gallery space, combining to create an unique experience and atmosphere for the artists. [6]

The art galleries are open for public viewing Wednesday-Friday from 2-6 PM, and Saturday and Sunday from 11 AM-3 PM. If you’re interested in learning more about the Horlock Art Gallery & History Museum, visit their Facebook page where they showcase some of the art, the artists, and other events they have. Drop in the Horlock House, to meet and see the works of our Artists in Residency.  You can also visit bronze statues of Lipscomb, along with famous French explorer LaSalle and Texas Ranger Frank Hamer, who was city marshal here and who led the search and eventual demise of Bonnie & Clyde.[7] Another great little gem of Navasota is the VFW. Yes, VFW Post 4006 is just off of Washington Avenue west of downtown Navasota, where you can see an M-60 combat tank, right in front! There’s even a Statue of Liberty there! It’s a great spot to take pictures with the family. There’s also the Flags Over Texas Monument adjacent to the VFW that tributes flags from around the world and has walking paths and benches, great for stretching your legs and enjoy the scenery after a long drive on the road.

If you’re looking for a great place to shop while you’re in town, people rave about Stonecroft Marketplace on places like Yelp and Stonecroft Marketplace’s own Facebook page. As described on their website, “We [Stonecroft Marketplace] call it a “Marketplace” because it is just that... an ever-changing assortment of unique and wonderful items! There are English antiques, beautiful textiles for the home, decorative tabletop items, accessories for men and women, fragrant candles and potpourri, gourmet foods and so much more.  Located right in the heart of historic Downtown Navasota, we are part of a great community of unique shops and eateries. Make some plans and come spend the day!”

Stonecroft Marketplace is closed Monday-Wednesday, but open from 10 AM-6 PM Thursday-Saturday, and from 1-6 PM on Sunday. So, if you’re looking to find some unique gifts or items to have for your own home décor, we suggest you make note in your plans to arrive sometime during the week they’re open, because you just can’t find the items they have anywhere else on the road. Visit The Birthplace of Texas

If you’re a history buff, especially a Texas history buff, Navasota and its surrounding communities should be on the top of your list of places to visit in the Lone Star State. Head down the road off Hwy 105 to Washington, Texas (Google Maps), the birthplace of Texas, a.k.a. the first and last capital of the Republic of Texas, to experience where Texas’s early existence began. A town mostly forgotten, except by its citizens, Washington sits just outside the gates of the Star of The Republic Museum/Washington on The Brazos State Park and Barrington Living History Farm.[8]

As per the mission statement on the Star of The Republic Museum’s website, the museum was created by the Texas Legislature and is administered by Blinn College as a cultural and educational institution. Its purpose is to collect and preserve the material culture of the Texas Republic (1836-1846) and to interpret the history, cultures, diversity, and values of early Texans.[9] The museum has a permanent exhibit of a chronological history of early Texas, from the Native Americans, to European explorers, to settlers and colonists, to the soldiers and patriots who fought for Texas independence. We highly recommend visiting such a place that displays a thorough history of the great state of Texas to its patrons, and we also recommend visiting their website for the days and times they’re open, as well as any other information they share on any featured or temporary exhibits they may have. If you’re planning on being in the area in the fall, you might want to consider making a visit to the nation’s largest Renaissance Festival, about a 24 minute drive to Todd Mission, Texas, from Navasota. Every year, people from quite literally around the world gather in the piney woods of Todd Mission, about 450,000 guests annually, to experience an exciting group outing like no other. Since 1974, there's been a magical kingdom just at the edge of the Greater Houston area, where guests can step through the gates and enter an enchanted world filled with kings and queens, knights and nobles, fairies and elves, pirates and peasants, and other fanciful delights.[10] The Texas Renaissance Festival usually lasts about a month or so from the months of October-November, every year. Check out their website for more details at TexRenFest.com There’s always those moments on a road trip when you’ve gotta go, and gotta go now! Finding a good, clean place to stop is quite the chore, but we found a place that was perfect for us to do our business when we went through Navasota. The Fuel Maxx in Navasota was a stop where we found a nice, friendly atmosphere, clean bathrooms, and all the amenities we needed to continue down the road. Fuel Maxx is a fuel station and convenient store that had what we needed at the right time. We recommend stopping by here before you continue along your road trip through Texas.

Check out our road trip crew's video below! Navasota was one of many places they visited in late December 2019 through early January 2020, as part of their New Year's 2020 Road Trip. Thanks for watching and happy and safe trails.

Are you planning a road trip to Navasota, Texas, and needing a place to stay for the night? Find the best deals for your stay at the top ranked places in town by using the search box below!